Slowing sales and tightening rules have taken the sheen off real estate shares in the past decade. But is the market turning a blind eye to the cyclical nature of the sector? 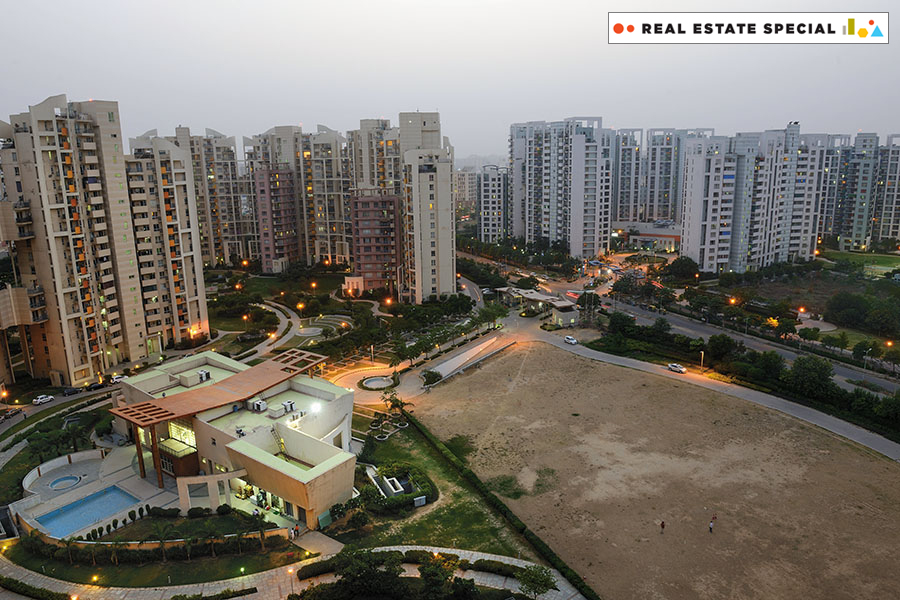 Regions such as Gurugram have seen rapid urbanisation, as more Indians move to cities. This should give real estate firms a long growth runway
Image: Frederic Soltan / Corbis via Getty Images

Ask Indian investors if they have bought real estate stocks and chances are you’ll receive incredulous looks. The common refrain is that there are several businesses that make for more worthy investments and that both fund managers and retail investors have burnt their fingers trying to understand this sector. While they’re happy buying a house or commercial space, they’ve largely sworn off real estate stocks.

In the same decade that investors have shunned their stocks, India’s top listed developers have built millions of square feet of office parks and residential apartments. The metros continue to be dotted with under-construction projects as more Indians move to urban areas. And investor presentations talk about potential profits that run in excess of their present market capitalisation.

But, real estate businesses have on aggregate turned out to be wealth destroyers over the last decade. The market takes their projections with a pinch of salt and unlike other businesses, for the most part, it prices growth only after it has taken place. ‘Trust but verify’ is the present dictum for investors. “From a stock market perspective, real estate stocks make for challenging investments,” says Deepak Shenoy, founder of CapitalMind, an investment advisory service, adding that the difficulty is in assessing the future prospects of these businesses and the quality of their growth.

But it’s precisely this difficulty in predicting the future that could make these companies compelling investments. Is the market getting its long-term call on the sector wrong?

The Business Model Pivot
Investors didn’t always take a conservative approach to real estate companies. Soon after DLF, India’s largest real estate company, went public in 2007, the market was agog. The company, which had been operating primarily in and around Delhi, had amassed 10,225 acres. On this land, it estimated, it could construct 547 million sq ft, of which it had begun work on 46 million square feet. At a conservative ₹10,000 per sq ft, the revenue potential stood at ₹5.47 lakh crore ($78 billion). With a 15 percent margin, the profit potential stood at ₹82,050 crore ($11.7 billion) over, say, the next five years.

In June 2007, the market valued DLF at ₹89,000 crore ($22.4 billion) and within six months bid up the price to ₹2.35 lakh crore ($47 billion). Investors disregarded the tiny ₹1,977 crore ($497 million) profit the company had made that year and valued the future potential of the land bank. With a net worth of ₹1.4 lakh crore ($35 billion), Kushal Pal Singh, its owner, become the fourth richest Indian. Singh could have bought HUL eight times over and still had some change to spare. 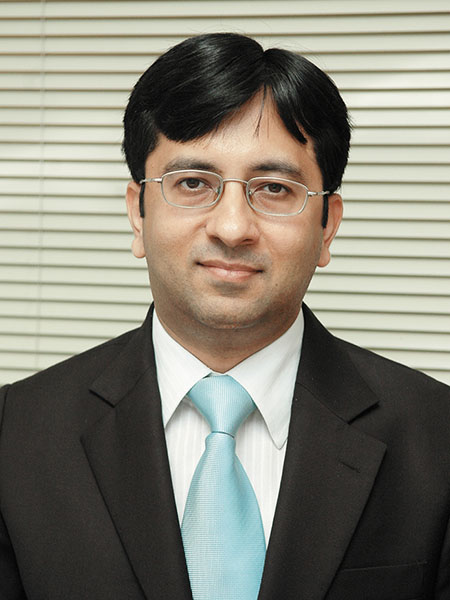 “ There was no predictability to the earnings. while a good development can result in one-time high profits, the reverse is also true”
—Rajiv Thakkar, chief investment officer, PPFAS

The fortunes of DLF, and the rest of the industry, changed after the 2008 Lehman Brothers’ crisis when the market realised it would take many years for the sector to achieve the scale it had projected. Developers struggled to increase the size of their holdings and investors who had earlier priced in linear growth now began to account for cyclical and slower growth. The next four years saw the market price in lower numbers and stocks fell between 30 and 80 percent from their peak. “We realised there was no predictability to the earnings and while a good development can result in one-time high profits, the reverse is also true,” says Rajiv Thakkar, chief investment officer at PPFAS, a mutual fund. [DLF has only managed a total ₹27,000 crore ($3.9 billion) in profit since it listed and its present market cap is ₹42,000 crore ($6 billion).]

Even as the market priced companies on their near-term profits, the period till 2013-14 was immensely profitable for the industry due to the self-financing nature of residential real estate. Buyers would book apartments before the construction began and pay the developers as they constructed.

As long as the developer could fund the 10 percent it took to buy land and set aside 5 percent for permissions and miscellaneous expenses, they could hope to make a 100 percent return on their capital employed over the life cycle of the project. (15 percent of top line initially put in to start the project would result in 15 percent profits.) So while the companies were worth only a fraction of their pre-Lehman valuations, the business continued to generate high profit margins, which would soon attract regulation in the form of the Real Estate (Regulation and Development) Act. This would result in the business becoming far more capital-intensive even as sales started slowing.

Fast forward to 2019 and real estate companies have had to put aside 70 percent of buyer advances into an escrow account for construction. Slowing sales have meant that developers often have to construct the project and still have inventory left. And changes in accounting rules mean that companies have to use the percentage completion method to account for revenue and profits. And their projections of achieving a 20 percent growth every year on the area developed have not materialised. Add to that weak corporate governance and contracts given to related parties and it becomes difficult for investors to understand where the money is going.

Valuing Companies
Greater regulation has also meant that companies now have to disclose precise sales numbers. Several states allow buyers to see the number of apartments sold in a particular project and it is possible to project revenues and make an estimate of profitability. Since real estate is cyclical and projects have a 2- to 4-year gestation period, it is best to estimate revenues and profits over the course of a cycle.

Thakker cautions against taking company projections on how much they will develop. “Getting permissions is time consuming and a six-month delay can push revenue recognition to the next year,” he says. He advises taking the enterprise value of a business and discounting the next three year profits and putting a reasonable multiple on it. Also, make an allowance for the debt the company has. Some developers like Godrej and Oberoi have been debt averse. Others like DLF have reduced debt from ₹24,495 crore to ₹13,759 crore in the last five years. Its stock price has doubled in the same period even though it is a fraction of its IPO listing price. And last, while the sector has poor returns on equity there is every possibility of it going up as companies become more disciplined about capital use and stop buying land far in excess of their needs. Depending on the company assigning a multiple of 10 to 15 for future profits is fair.

So is the market getting its long-term call on the sector wrong? From being too optimistic in its projections is it now being too pessimistic? There are signs that that may be the case. First, revenue and profits are at cyclical lows. As demand comes back, expect sales velocity but not pricing to improve. That would allow developers to be more capital efficient. Second, demonetisation and the Goods and Services Tax have suppressed demand. Expect that to also recover. Last, the time and effort taken to secure permissions is also expected to improve. Don’t factor in any earnings multiple expansion.

In the past there have been instances when the market has been spectacularly wrong in valuing businesses. In 2002, India’s largest liquor company United Spirits was available for ₹800 crore ($215 million then); today, it’s worth ₹40,400 crore ($5.7 billion). In real estate as well there may be rich pickings for investors.