Free Basics: Finally, a Winner (and a Loser)

The debate over the legitimacy of Facebook's Free Basics often resembled a brawl. Now that the telecom regulator has pulled the plug on it, here's a recap of the battle that was 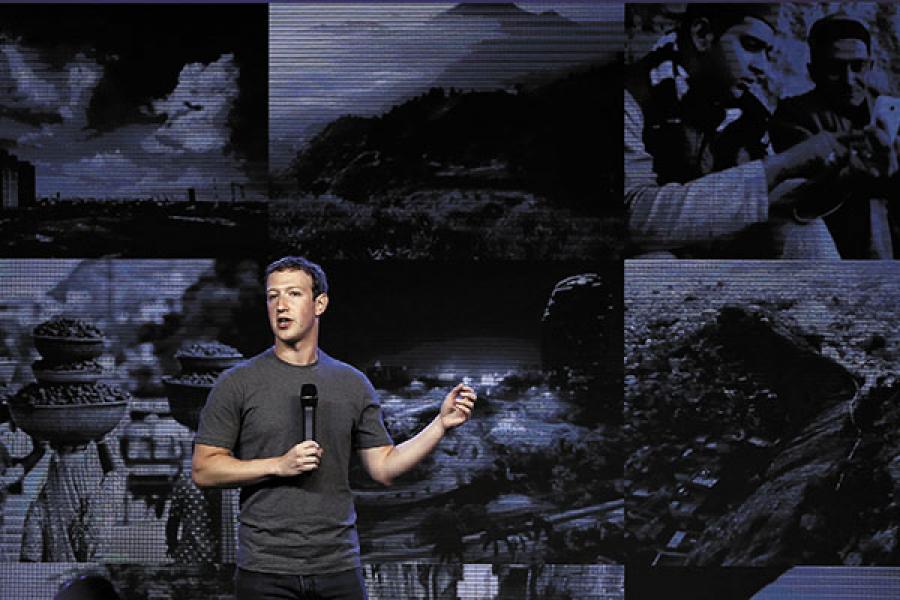 Marc Andreessen is a giant in the world of technology. He is variously known as the developer of one of the world’s earliest web browsers, founder of Netscape, or as the founding partner of venture capital firm Andreessen Horowitz. He is also one of the best known names in Silicon Valley. On February 10, however, many in India would hear of him for the first time.

A couple of days after the Telecom Regulatory Authority of India (Trai) barred discriminatory pricing of data services in the country, Andreessen responded to a tweet on the resultant ban on Facebook’s Free Basics, saying: “Anti-colonialism has been economically catastrophic for the Indian people for decades. Why stop now?”

His tweet was met with a visceral response from Indian Twitter users and soon made national headlines, with Andreessen being referred to as a ‘Facebook official’ by some.

Now, Andreessen’s firm was one of Facebook’s early investors, and he does sit on the company’s board. The headline then wasn’t completely inaccurate. But the intensity of the reaction to the misguided tweet symbolises something more significant: In Indian discourse, at least for now, the words Free Basics have become toxic.

Free Basics is Facebook’s attempt to offer free access to basic internet services and thereby connect more people to the world wide web. Earlier in 2015, in a similar effort, the company had launched a service titled Internet.org in India. This was part of Facebook’s larger effort to connect the world.

Internet.org, however, was rebranded after strong opposition. The new avatar, Free Basics, according to Facebook, was “open to any developer and any application that meets basic technical requirements” unlike the limited suite of offerings on the earlier version.

As of now, however, the ruling on the matter of differential pricing, for which Trai had initiated a consultation paper in December, puts a halt to any such plans in the country. On February 8, the regulator said: “The Authority has taken a view that prohibition of discriminatory tariff for data services is necessary to ensure that service providers continue to fulfil their obligations in keeping the internet open and non-discriminatory.”

The ruling, which came into immediate effect, will also affect telecom operators who provide data packs giving access to certain services. They have been given six months to phase out their plans. Free Basics and other zero-rated services like it are prohibited under the new rules.

“The regulations are clear: If telecom companies, either by themselves, or in arrangement with another player, have packages where they choose what content can be consumed and they market that service, that is not acceptable,” explains Raman Jit Singh Chima, global policy director of Access Now, a digital rights advocacy group. Chima is also a member of Save the Internet (STI), a collective of entrepreneurs and professionals who have been actively campaigning for Net Neutrality—the principle that all websites should be equally accessible. The coalition had led the campaign against Facebook’s Internet.org earlier in 2015.

STI and other such critics of Free Basics have won a hard-fought battle, which had become increasingly loud after December 23 last year, when Trai asked Reliance Communications, Facebook’s telecom partner for Free Basics in India, to suspend the service.

That was when Facebook began a sustained publicity campaign in support of Free Basics. Advertisements appeared across the media, from newspapers to digital platforms. A report in financial daily Mint estimated that Facebook had spent close to Rs 300 crore on the effort. “They went overboard on that,” believes KV Sridhar, ad guru and chief creative officer, India, at SapientNitro. Facebook urged its over-130 million users in India to support Free Basics. In an appeal, Facebook claimed: “A small, vocal group of critics are lobbying to have Free Basics banned on the basis of Net Neutrality.”

But Facebook’s massive expenditure on advertising only made its case seem more disingenuous. By late January, despite millions of responses from its users, all the social media giant really had to show for the effort was an angry letter from Trai. The letter claimed that the templatised responses of Facebook users sent to it (in response to the invitation for comments and opinions) were “tangential” since they did not answer the core question about differential pricing. The users had simply said that they supported Free Basics. The letter, posted on the regulator’s website, also went on to chide Facebook for its “self-appointed spokesmanship on behalf of those who have sent responses to Trai using your platform”. Facebook replied through a statement claiming that it was being singled out.

In its previous public statements, Facebook had contended that Free Basics was open to all. As for fears about the misuse of zero-rating—the process by which companies do not charge end-customers any money for data—it claimed that the context within which Facebook used it (the company doesn’t charge developers money; nor is the platform commercial in any form yet) cleared it of any foul play.

“Some telecom companies have called for exempting only specific services or websites—and it seems Facebook accepts more sites—and several US telecom companies seek to charge sites for the privilege, whereas at least Facebook’s deals involve no payment,” said Dr Marvin Ammori, an internet policy expert and author of the book On Internet Freedom.

While it may seem that services that abide by Free Basics’ technical guidelines are, in principle, free to enter the platform, critics claim there’s more to it.

“Facebook forces others to send unencrypted user data through its servers,” says Mahesh Murthy, founder of Pinstorm, a digital advertising company. No large online entity would accept this, says Murthy, a vocal critic of the service. There is also the matter of whether the service is free in the same way as the internet, which functions as a global public commons, is free. Simply put, “the internet doesn’t set terms and conditions on how to set up a site,” says Nikhil Pahwa, editor and publisher of the digital publication, Medianama, and also a member of the STI collective. “Free Basics does.” It also reserves the right to change these terms and conditions, he adds.

Soon after the Trai ruling was announced, Facebook’s CEO Mark Zuckerberg, who had personally made a concerted effort to advocate Free Basics, expressed his disappointment in a Facebook post. However, he insisted that, “Connecting India is an important goal we won’t give up on, because more than a billion people in India don’t have access to the internet.”

The news cycle, though, will pass, as will most of the toxicity. It also remains a fact that Free Basics is active in about 35 countries around the world. That it hasn’t faced the kind of resistance in any of these countries (with the exception of it being banned in Egypt in December), contrary to Facebook’s assertions, is not necessarily a comment on its validity. But neither is the present Trai ruling a condemnation of the Internet.org effort as a whole. “What Facebook has said is that Free Basics is only one part of Internet.org, there are also many other programmes including infrastructure development,” says Chima. “They (Trai) have also said that, ‘if you want to encourage access to the entire internet, we’re okay with that’,” he adds.

As the dust settles on the battle over Free Basics, the positives are hard to miss. The impassioned debate has increased an understanding of an otherwise academic subject. Moreover, with multiple references to Net Neutrality in the Trai order, activists believe the regulator has displayed a significant progressive streak. “I’m obviously biased since I have a view on the subject, but I think this is the sharpest Trai regulation in their history,” says Chima.

In the near or distant future, the order may well be challenged in the courts. But for now, it stands.