Today, the heroes of real estate are moneylenders, not engineers, says Surendra Hiranandani 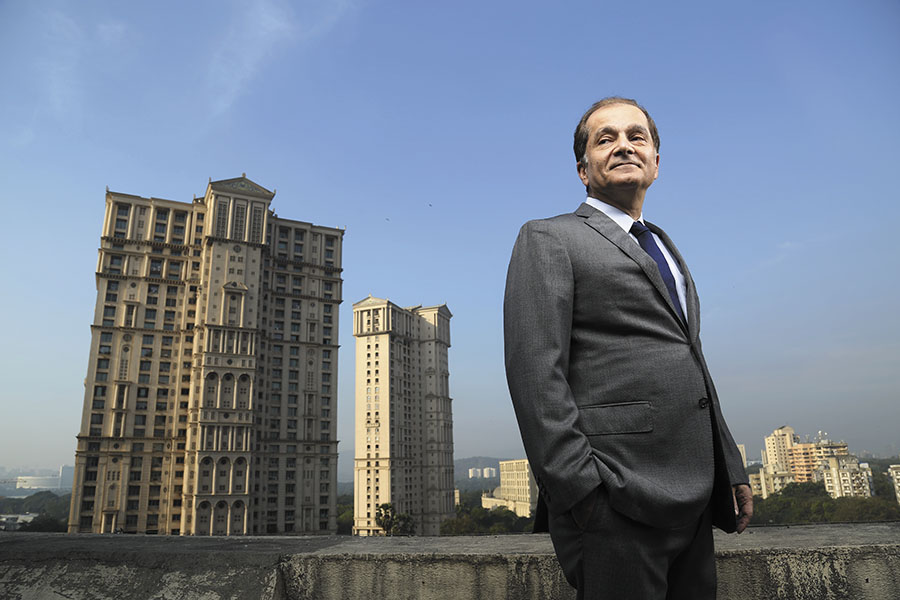 Surendra Hiranandani, 62, trained to be a doctor but became a builder. A successful builder at that. Along with elder brother Niranjan, he created one of Mumbai’s best-known real estate brands. After an amicable family business separation in 2005, Surendra set up the House of Hiranandani with residential projects in Chennai, Bengaluru and Hyderabad. In an interview with Forbes India, the founder and managing director of House of Hiranandani bemoans the fact that the industry is now dominated by financiers instead of architects and engineers. Edited excerpts:

Q. Your brother Niranjan and you started the company in 1980. You were first-generation entrepreneurs. What were the initial years like?
In those days, we had no capital. My father [the late Dr LH Hiranandani] was a doctor in Bombay [Mumbai now]. I was studying medicine and I thought I would also be a doctor. The objective at the time [for most doctors] in South Bombay was to go overseas. Till 1978, if you had a degree from a medical college in Mumbai, you could walk into the US Consulate and get a green card.

[Instead], we [both the brothers] started a textiles business and took a factory on lease in an industrial estate in Kandivali. We also got involved in some food export. This was between 1976 and 1980 when we dabbled unsuccessfully in various ventures.

Then in 1980 we came across a land proposal. We could get the land on deferred payment and sell apartments at Rs 63 per sq ft with Rs 3 per sq ft as profit. We sold about 40,000 sq ft but the guy who sold it to us turned out to be a crook and our solicitors didn’t guide us either. It took us four years to clear the title and he agreed to sell it. We sold it for Rs 75 lakh and that became our capital. With that, we entered the real estate business.

In those days, you could get land on deferred payment, put up a board, start selling, use that money to get approvals and then start constructing. Our first project was started at Rs 241 per sq ft in Versova. We went on developing over the years, but were always short of capital. However, we were happy just doing sales [House of Hiranandani generated Rs 420 crore of revenue in FY16].

Q. What was the next big inflection point?
Since we were always short of capital, we would be on the lookout for land parcels that we could take on deferred payment, sell, get approvals and launch. Then we bought this land in Powai where there were multiple land owners; we managed it on deferred payment. Slowly we assembled this into a large land parcel and started selling it at Rs 450 per sq ft in 1986. In the initial years, we made losses in Powai, but we kept thinking we would make money in the next phase. Over the years, we aggregated a lot of land here.
Powai was, in many ways, our big bet. Since we couldn’t afford land anywhere else in Mumbai, and it was available in Powai on a deferred payment basis, we decided to take land there. And from 1995 onwards, we started aggregating land in Thane.

Q. Over the years, how has it become tougher to operate as a real estate developer?
Up to 2005 the scenario was very investor friendly—equity investor friendly. Permissions were much more predictable and were more or less received on time. [Over time], the interpretation of environmental laws became more stringent and got taken over by the judiciary and activists. The judicial process destroyed the permission process. Now everything has to be according to a literal interpretation of the rules. And governmental interference increased. There has been no deregulation.

Q. Why did your brother and you decide to go your separate ways?
We decided to go our own ways as his children had entered the business. So he chose to go off on his own. From 2005, whatever we have done, we have done separately. All assets before that are jointly owned. It is not possible to divide them as we would have to pay stamp duty on an asset where there is no cash flow.

Q. The House of Hiranandani has assets in Chennai, Bengaluru and Hyderabad but nothing in Mumbai.
I couldn’t find anything at that point of time because we never took funding from outside. And after 2006-07, there was a lot of competition for assets and we shied away from paying those high prices. We were looking for opportunities across India, including in Delhi, Mumbai and Pune, but we found nothing in these cities.

Q. You’ve said you’re averse to taking on debt. But most builders do take on leverage to grow and expand. What is your thought process behind this?
Between 2005 and 2008, before the market slowed down, we had aggressively put equity into our projects. We got stuck with a slower market post 2008; plus approvals were taking a long time. When your approval process takes longer, any debt on a project becomes magnified. We realised that, post 2008, it was impossible to make predictions about how soon we could launch and how fast we could sell. As a result, taking debt in such an environment would have sunk us. If I load debt onto a project, the cash flows of the project cannot sustain it. From 2010 to 2014, we cut our debt down to zero.

Q. How do you see real estate demand shaping up over the next few years?
We don’t anticipate any major upswing in the market. It will remain the way it is unless we see lower interest rates. For commercial real estate, activity has picked up but constructing commercial space needs a lot of finance and the developer must take on a lot of debt.

Q. You are known as the person who looked after architecture, engineering and construction for the Hiranandanis. How did you end up becoming passionate about this?
I have always done only architecture and construction. Legal, accounting and liaising have been necessary evils. We are better known for our engineering function rather than in finance circles as we have never raised money. Someone who has worked for us always gets promoted faster when he goes elsewhere. We have huge training programmes that were set up by Anthony Remedios, a Goan [architect] who was passionate about design and architecture.

Q. How will the sector change after the passing of the Real Estate (Regulation and Development) Act, 2016?
The sector will definitely consolidate. Now only well-capitalised players will be able to enter. Plus approvals are more technical. This game is shifting from a game of construction to finance, legal and liaising being drivers of the business. Today the heroes of the industry are moneylenders. Engineers are not respected. At the end of the day, you want the business to be about creativity of design rather than creativity of financing.

Tweets by @forbesindia
Global venture capital activity dips in 2016, but the tide could turn soon
30 Under 30: Sahej Bakshi is a mainstay at India's biggest music festivals