Suresh Kaneriya of Kaneriya Oil Industries believes that everytime you take a queen, you have to take a cover. And they have got Gujarat covered. Next stop: rest of India 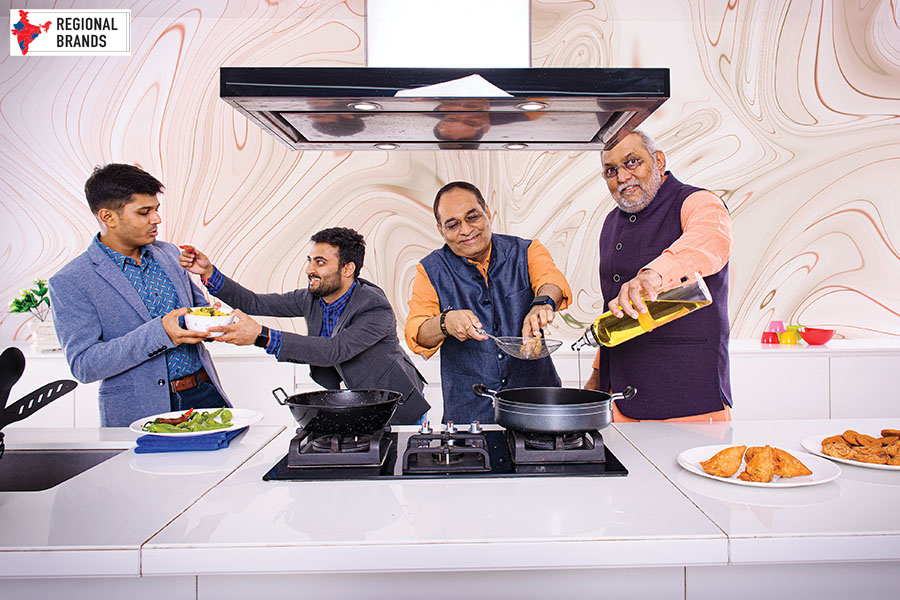 Rajkot, Gujarat, 1979. Suresh Kaneriya started by explaining the rules of the game. There are nine black pieces, nine white pieces and one red piece. Whoever goes first has to break the circle in the middle of the board. “You cannot pocket the queen until you’ve pocketed at least one piece in your colour,” stressed Kaneriya, as he went about explaining the fundamentals of carrom to his younger brother Ramesh. Though the elder brother had mastered the game—he was called ‘Carrom King’ by his friends—the newcomer on the table was just getting ready to take the first shot. “Remember, you must flick the striker, and not push it,” underlined the third-generation entrepreneur who rolled out the Rani brand of groundnut edible oil along with his three brothers in 1979.

Some 215 km from Ahmedabad, the edible oil market in Rajkot was simmering with four big local players in 1979. “Groundnut oil was by default the only oil consumed. So back then, it was the biggest market,” recalls Suresh. His father and grandparents migrated from Lodhika village to Rajkot in the 60s. Along with a few relatives in the city, the Kaneriyas started an oil mill. Over a decade later, Suresh joined the business and opened a small shop in 1978. After 12 months of retailing oils, the 18-year-old thought of trying his luck and launched Rani.

The carrom king sensed a big opportunity. “It’s simple. I just have to smartly flick the striker and aim at the queen,” Suresh said to himself. The young entrepreneur could not be blamed for his gusto and haughtiness. The market, after all, was largely unorganised, and in spite of four strong local players, there was no clear winner in the business of groundnut oil. Suresh identified the pain points of the queens, aka homemakers. And there were many.

The biggest problem was adulteration. Another was lack of consistency in taste. One more sore point was grimy and soiled tins of 15 kilos. “The packs looked stained,” recounts Suresh, who positioned Rani as a superior brand of edible oil. “It was not only pure but also came in clean and shiny tins,” says the 62-year-old partner at Kaneriya Oil Industries. The brand was named Rani, he underlines, to make it appealing to homemakers. “We wanted to be the queen of the kitchen,” he says.

For the first two years, Rani didn’t get the throne. There were problems on multiple fronts. First, the rivals were deeply entrenched, and the retailers were in no mood to entertain a newcomer without pedigree. The weighty issue, though, was that the kings were not amused. “Men used to buy the edible oil. It was their call. They were the rajas,” says Suresh. The feminine name didn’t appeal to the male buyers. Another snag was low awareness about the brand. In spite of all the right ingredients—quality, packaging and pricing—it failed to set the oil market on fire.

The Kaneriya brothers desperately needed a queen’s gambit. And advertising turned out to be their biggest opening move. It was 1981, and edible oil brands in Rajkot were still averse to reaching out to consumers through the regional language papers. Suresh started advertising Rani. A young woman dressed as a bride was seen on 15-litre tin jars. The commercial carried three more things: The company name—Kaneriya Oil Industries; emphasis on the word ‘purity’; and a guarantee. “We promised to take back the packs if consumers were not satisfied with the taste and quality,” says Suresh.

The move worked. Rani started making rapid strides. By 1983, it had pocketed a few areas within Rajkot, then it became the biggest in the city over the next three years, and by the early 90s, was the undisputed queen of groundnut oil in Gujarat. “We pocketed the queen. We became the biggest,” says Suresh. But ironically, the founder conveniently forgot a cardinal rule of carrom: Every time you take a queen, you have to take a cover.

Also read: Regional Goliaths: Why local brands are happy in the kingdoms of their making 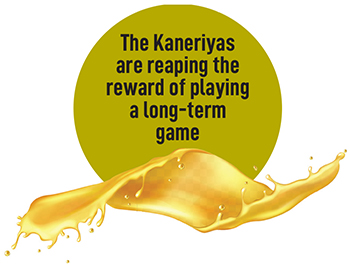 In the early 90s, the Kaneriyas realised they didn’t have the cover. The dynamics of the edible oil market in Gujarat were evolving at a brisk pace. Groundnut oil was becoming expensive, and the rivals started selling cottonseed oil. The new kid on the block was much cheaper than groundnut, which meant one simple thing. The math of buying bulk oil didn’t burn a hole in the pocket of a host of B2B players—hotels and namkeen brands—as well as home buyers who used to purchase the big tin packs. While groundnut oil was still the queen, the Kaneriyas didn’t have a cover: Cottonseed oil.

Though Rani was still the biggest in groundnut oil, the Kaneriyas started losing new business. In 1995, after a few years of dilly-dallying, the brothers set up a refinery for cottonseed oil. The plan, however, didn’t work. The semi-automatic unit turned out to be substandard, and the quality of oil churned out did not have many takers. The business struggled for the next few years. In 2002, came a bold and risky move. The Kaneriyas went back to the drawing board, invested a few crores in installing Japanese technology and upgrading the manufacturing facility, and fully automated the refinery. A year later, lady luck smiled, and their cottonseed oil started selling like hot cakes. 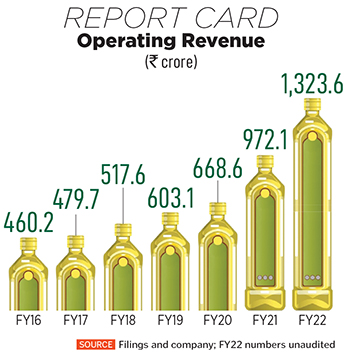 The dream run, though, came to an end in 2008. Sales plateaued, the global economic recession was taking its toll and transportation costs increased. The manufacturing plant in Rajkot was not sufficient to meet the demand from other parts of Gujarat, and high transportation costs were making it tough for Rani to keep its dominance across the state intact. A new plant was set up in Ahmedabad, and sales again picked up. But the happiness was short-lived. Cottonseed oil was getting commoditised, and the market started getting dotted with unorganised players who were cutting corners, bringing down the cost and playing price warriors. The Kaneriyas started feeling the heat.

By 2015, Rani had lost its cottonseed ‘cover’. The market was moving towards premium oils such as sunflower and corn. But the Kaneriyas were quick to get into the new products, and also branched out to Madhya Pradesh, Rajasthan and Maharashtra in order to tap a new set of consumers. The plan worked. From ₹460.15 crore in FY16, the operating revenue increased to ₹668.6 crore in FY20. Then came the pandemic, and with it a massive growth tailwind. The operating revenue pole-vaulted to ₹1,323.56 crore in FY22.

The Kaneriyas, reckon analysts, are now reaping the rewards of playing a long-term and qualitatively superior game. A diversified product portfolio, a strong brand name, a wide distribution network and the long-standing experience of the partners have helped Rani build a dominant oil empire. “Strong market position has been marked by high scale of operations,” underlines Crisil in its ratings report early this year. 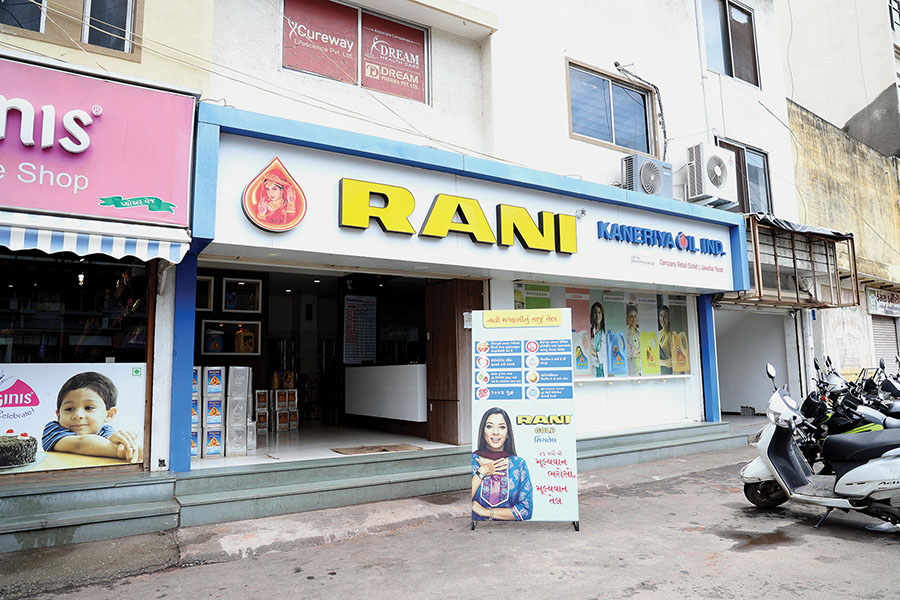 A company-owned retail outlet at Jawahar Road in Rajkot, Gujarat. The Kaneriyas have built a dominant oil empire with Rani

Having a presence in the cotton and groundnut-growing region also happens to be another plus. Kaneriya Oil Industries, the rating agency points out in its note, derives benefit from having a presence in the agricultural belt of Gujarat which leads to easy access to suppliers and customers. “This gives it an edge in terms of pricing and service,” it notes, adding that a low working capital requirement and low inventory policy have also come in handy.

Marketing and branding experts point out a key element that has fuelled Rani’s speedy growth. “The brand has not been greedy in terms of harbouring its pan-India aspirations,” says Harish Bijoor, who runs an eponymous brand consulting firm. “It knew the frontiers of its dominance and has played to its strength,” he says, adding that a regional brand is best placed to capture and cater to the taste of local consumers. “Rani has done this brilliantly,” he says. The challenge for them, he underlines, would be to keep resisting the temptation of taking the throne in every state. “Rani must keep its territory guarded and intact rather than become over-ambitious,” he says, sounding a word of caution.

Another challenge for the Kaneriyas comes from the segment itself. Crisil underlines the likely threat. Intense competition and the fragmented nature of the industry means low operating margins and vulnerability to changes in prices. Kaneriya Oil Industries deals in the edible oil industry which is highly fragmented with several regional and local players. As a result, there is intense competition, which leads to pricing pressure, thus impacting the profitability, Crisil underlines in its note.

The Kaneriyas, for their part, are aware of the potential challenges. Though they do have a desire to have a broader presence across the country, the brothers prefer to stay focussed on the opportunities in the regional market. What is helping the brothers stay on course is the punishing law of carrom, which Suresh forgot once. “Every time you take a queen, you have to take a cover,” he reiterates. It’s now enough to pocket the queen. “We have her covered in Gujarat,” he says with a smile.

Tweets by @forbesindia
Hype vs Reality: How sound is the Indian economy? Sonal Varma of Nomura and Saurabh Mukherjea of Marcellus Investment weigh in
Musculoskeletal health and wellness