Fears of slowing credit flow, change in DNA of the organisation are real concerns to cope with 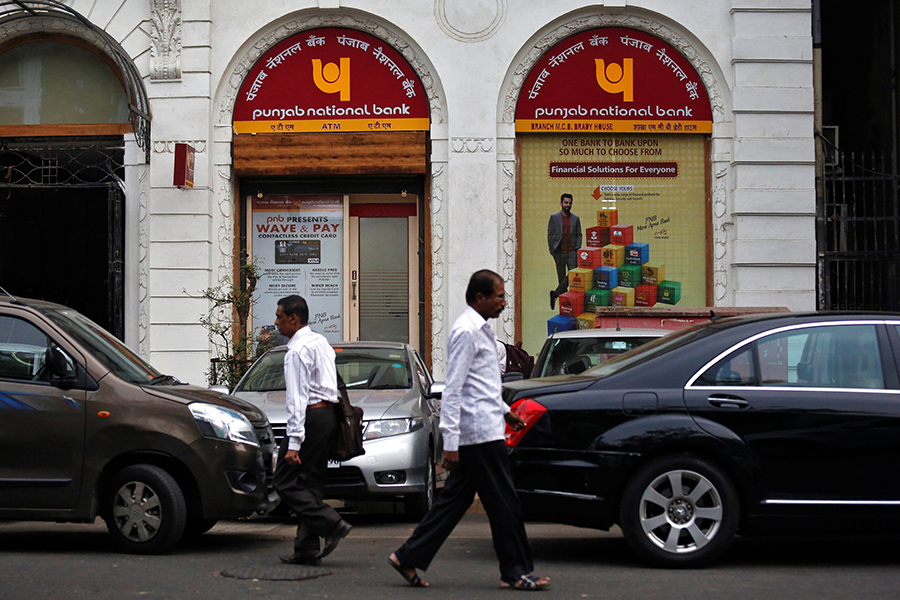 India’s finance minister Nirmala Sitharaman on Friday announced a mega-bank merger plan which, if successful, will see the number of government-owned banks to more than halve to 12 from the current 27.
Several of these banks have, over the past six years, been hurt by rising bad loans and dwindling capital, which has crippled their ability to lend faster. The government said the move for the merger is an effort to create stronger and robust banks as India takes steps to become a $5 trillion economy in the next decade.

The move came on the same day that India recorded its slowest GDP growth in six years, for the June-ended quarter. There will now be four large banks created out of ten public sector banks: Oriental Bank and United Bank is to merge with the Nirav Modi-fraud hit Punjab National Bank; Canara Bank is to merge with Syndicate Bank; Union Bank of India, Andhra Bank and Corporate Bank to merge, while the fourth will be Indian Bank merging with Allahabad Bank. All the mergers are pending approval from the boards of each of these banks. Timelines for the mergers also need to be outlined. 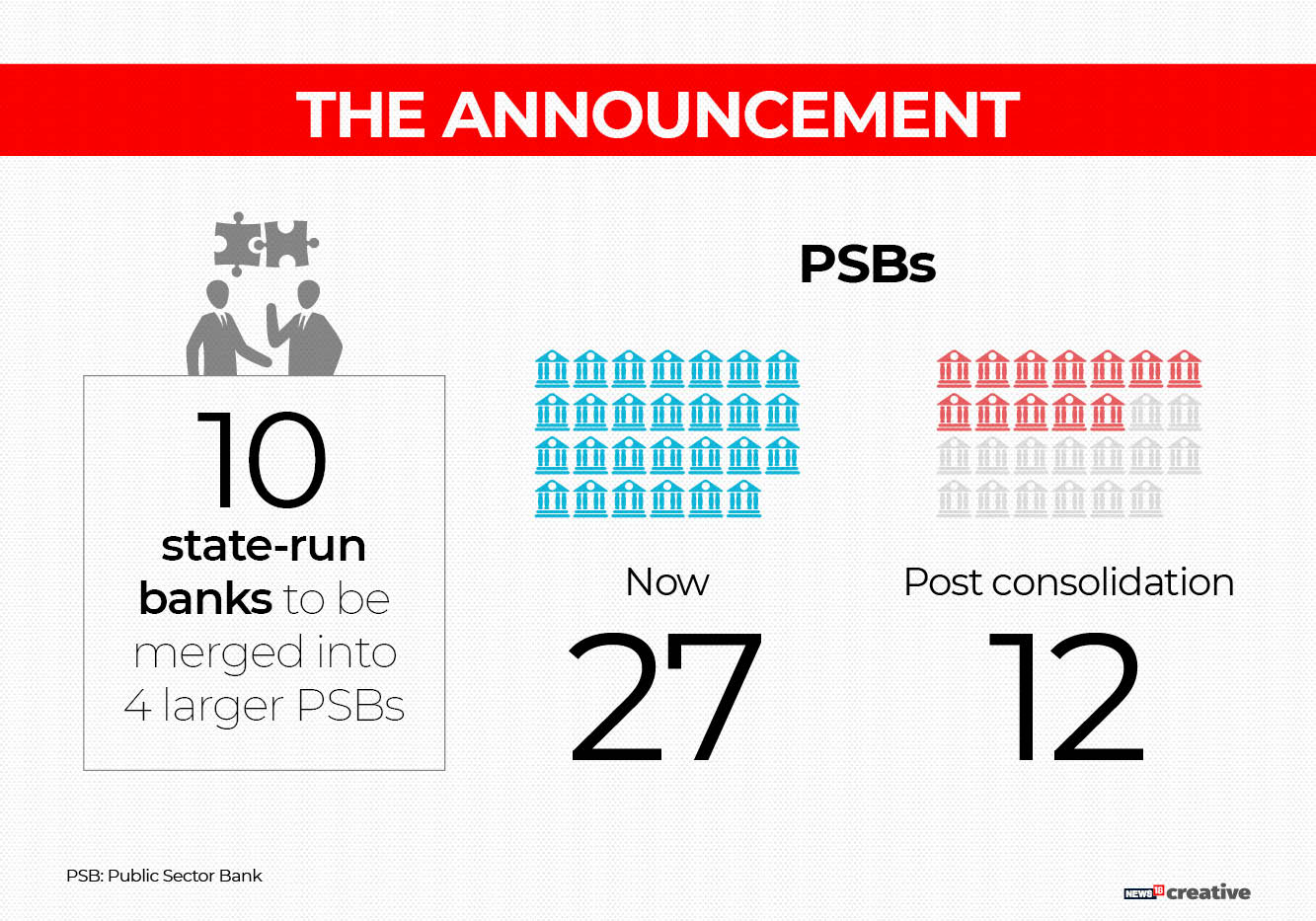 ICRA’s Anil Gupta, vice-president (financial sector ratings) warns: "Recent precedence shows the amalgamation process takes up to six months and the management bandwidth of the merging banks may get occupied amid this process. The choking of management bandwidth should not result in slowdown in credit flow to the economy.” This is something that has been seen in the past, when Yes Bank struggled in 2019 with lower loan growth, as the restructuring of a new board took place with the exit of the founder-promoter Rana Kapoor. Any change in focus at the leadership level, particularly large mergers, does tend to impact decision making and process-driven targets. The government also announced Rs 55,250 crore upfront capital for credit growth and regulatory compliance to support the economy. PNB will get Rs 16,000 crore; Union Bank Rs 11,700 crore; Canara Bank Rs 6,500 crore; Indian Overseas Bank Rs 3,800 crore; Central Bank of India Rs 3,300 crore; Bank of Baroda Rs 7,000 crore; Indian Bank Rs 2,500 crore and UCO Bank Rs 2,100 crore. “We are giving the banks enough capital reserves, so they should have no worries,” Sitharaman told reporters on Friday. But ICRA’s Gupta said that of the five banks under prompt corrective action framework, capital has been announced for three banks--IOB, Central Bank of India and UCO bank. “The announced capital infusion is unlikely to be sufficient for taking these banks out of PCA in immediate future. United Bank will cease to exist upon merger and outcome for IDBI bank will depend on the capital raising done by the bank,” he said in a statement. State Bank of India chairman Rajnish Kumar called Sitharaman’s merger announcements “cohesive” and a clear recognition that bigger banks have that much more ability to absorb shocks. India has already seen two mega PSU bank consolidations: SBI with five of its associate banks and the Bharatiya Mahila Bank in 2017. The second round of merger completed this year when Vijaya Bank and Dena Bank merged with the much larger Bank of Baroda. The government has claimed that there were no retrenchments and better rationalisation of operations through the Bank of Baroda merger. This probably promoted for the fresh round of bank mergers. In the middle of the prolonged SBI merger, its former chairman Arundhati Bhattacharya had in an interview with Forbes India in August 2017 warned that “the entire organisation changes and the DNA of the organisation needs to be explained to the new people coming in.” Bhattacharya had said earlier that when mergers are being carried out, “it has to be quite deliberate”. This means it has to be meticulously planned rather than being forced, without being offered an alternative. The new set of mergers thus has several questions that will need to be answered in coming months. The government has chosen the mergers based on the technological platform these banks use. So while this is a prudent move, some of the issues relating to decision making, coping with new processes or products and relocations all take time. This is what all these banks will have to cope with.

Tweets by @forbes_india
How social media has altered our relationship with food
To PE or not to PE, in the F&B business