More 'Dharmendra-themed' restaurants near you soon

Delhi-based chain Big Fish Ventures to invest up to Rs 200 crore as it prepares to embark on its next phase of growth; also ties up with yesteryear cine star Dharmendra for Garam Dharam dhabas 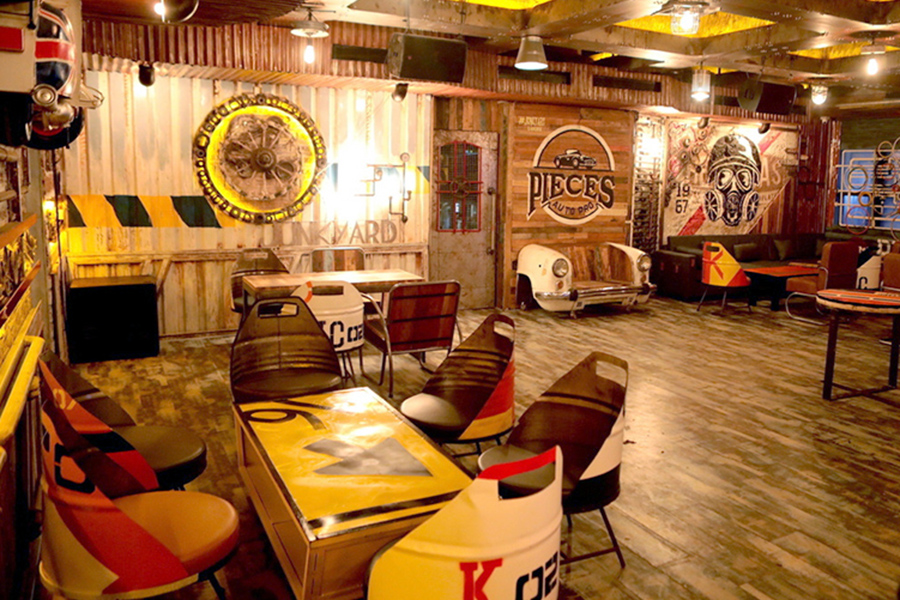 At between 8000-20000 sq feet Big Fish Ventures’ restaurants are usually larger than its peers. This the company, which right now has seven restaurants says allows them to get better rates on everything from fit outs, to food, to staff contracts as well as lower per square feet rates from landlords. The larger restaurants also allows them to attract larger groups of people on weekends. All this leads to savings which eventually flow to the bottom line.

While the long-term success of the venture remains to be seen the company for now says it is making a profit after tax of Rs 7 crore on revenues of Rs 35 crore. So far the company has set up outlets itself with an investment of Rs 4-5 crore per outlet. As it grows and expands outside Delhi and Mumbai Big Fish will look at partnering with franchisees in Tier 2 and Tier 3 cities.

“We do a lot of due diligence on the type of customers an outlet can attract from its catchment area before we set up and so our restaurants take about six months to break even,” says Nishant Singhal, who is a co-founder at Big Fish Ventures. He says that while those in the fine dining space have struggled to make money, companies that have priced their offerings reasonably have found it easier to succeed.

Big Fish, which already runs these restaurants in Delhi has recently opened outlets in the Mumbai suburb of Bandra. According to Nishant Singhal, a co-founder at Big Fish, the company has recently signed on space at Todi Mills to set up Junkyard Café at the same location where Blue Frog was situated. Expect the total number of restaurants to rise to 15 by the end of 2017.

While price may be side of the equation having a strong brand ambassador also helps. Big Fish has tied up with yesteryear cine star Dharmendra for Garam Dharam dhabas. It is looking for more tie-ups as it grows as well as opening other branded outlets like Café OMG and Local.