In June, the healthcare-focussed private equity firm invested in two Indian firms in the topical drugs and hygiene space 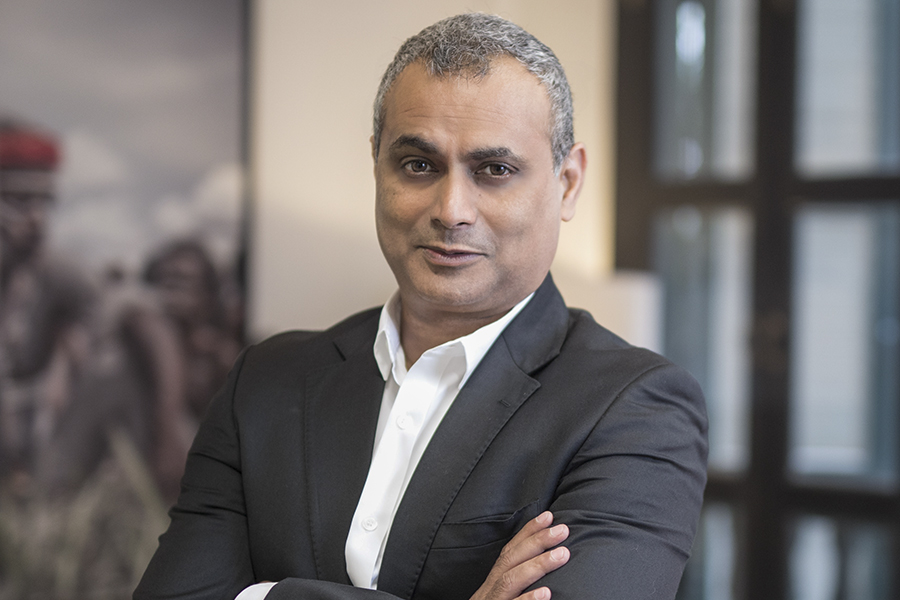 Quadria Capital, founded by Dr Amit Varma (above) and Abrar Mir, invests around 40 percent of capital in the Indian market while the remaining is for the Southeast Asian market.

The healthcare-focussed equity firm in Asia, Quadria Capital, invested in two firms in India during June. Founded in 2012 by Abrar Mir and Dr Amit Varma, Quadria Capital invests around 40 percent of capital in the Indian market while the remaining is for the Southeast Asian market. The fund manages assets of nearly $2.1 billion. In June, the fund completed an acquisition of a 15 percent stake in global topical drugs manufacturer Encube Ethicals Private Limited, for a total consideration of $119 million and it has invested $70 million in female hygiene company and India’s first senior diaper maker Nobel Hygiene.

“Currently, we are investing through our fund, which we raised last year of $600 million, and we have access to another $200 to $300 billion from our limited partners (LPs) as co-investment. By the end of this year, I would say we would be about 75 percent completely deployed from fund, and we would certainly start the plan and think around raising another fund after discussion with our LPs. I would say FY23 would be the appropriate time to raise the next fund,” says Dr Amit Varma, managing partner of the fund.
The fund is in the midst of deploying capital in a transaction in Vietnam and Thailand. In March, it acquired minority stake in Indonesia’s private hospital chain PT Medikaloka Hermina, which has a chain of 47 hospitals. This was the third transaction of the fund from its new fund.
The fund is also working on exiting some of its earlier transactions that it had made from its 2014 vintage fund.
“We successfully exited earlier this year in Indonesia, and we were very happy to make a successful return on that. We are in live discussions right now, so I won't be able to name it but we are working on two of our portfolio companies in India,” added Varma.
The firm is in the process of exiting Medica Superspecialty Hospital, one of the large healthcare chains in eastern India. It is planning to exit its entire portfolio in South and Southeast Asia in the next 12 to 18 months from the debut fund, and return capital to investors.
While it invests in healthcare companies with manufacturing and hard assets, it has identified three-four core areas where it is focusing right now.
One space that the fund has not been able to crack is the tech-enabled healthcare deal space, even as it has been looking at this space for last three-four years. While Varma and his team believe that there is no debate that health tech is the future, it has roped in an operating partner to close deals in this space. [He did not disclose the name of the person].
“I think Covid-19 has accelerated the process [of adoption of health tech]. There's no debate about it, but to me, it still resonates about execution. And that is where we were never able to get comfortable with the valuations that are being demanded to get into the space,” Varma explains. “If you ask me what is going to finally happen in this space, it is going to be a mix of online and offline, and that's not going to go away, especially in India.”
According to the data released by the Department for Promotion of Industry and Internal Trade (DPIIT), between April 2000 and December 2020, foreign direct investment (FDI) inflows for drugs and pharmaceuticals sector stood at $17.74 billion. The growing healthcare space has seen a rise in deals in the tech-enabled healthcare like PharmEasy’s acquisition of traditional listed diagnostic firm Thyrocare for Rs 4,546 crore. According to India Brand Equity Foundation (IBEF), the hospital industry in India is forecast to increase to Rs8.6 trillion (US$ 132.84 billion) by FY22 from Rs4 trillion (US$ 61.79 billion) in FY17 at a CAGR of 16–17 percent.
Of the identified areas of focus, Quadria Capital wants to bet on the theme of healthcare financing. Varma says, “There has to be more and more models that come out by which patients can actually pay for their healthcare. It cannot just be traditional insurance. It cannot be the usual TPM model.”
The fund believes the way digital banks have got a fillip, there has to be a way for digital payments in healthcare, which patients from the lowest strata should be able to access. The second focus area for the Singapore-headquartered fund is digitisation of healthcare, including artificial intelligence and automation in radiology. The fund is also looking at consumer health and investment in Nobel Hygiene as a proxy to that space.
Super specialisation in diagnostics will also play a role, Varma says. “So one of our companies is Strand Life Sciences based out of Bengaluru. They are very focused in genetic and metabolic diseases. Our belief is that those kinds of themes are going to emerge, that you would start getting more specialised in diagnostics,” he adds.
While Quadria has continued to remain a growth private equity firm, (PE firms which provide growth capital to medium-sized companies) its cheque size is in the range of $17 million to $250 million. As the fund realised that there is a lot of innovation and entrepreneurship in the early stage, it incubated another fund called HealthQuad, where the cheque size is anywhere between $1 million and $20 million.​

Tweets by @forbesindia
NSO Group and Pegasus: Israeli spyware maker is in spotlight amid reports of wide abuses
The practice of courage