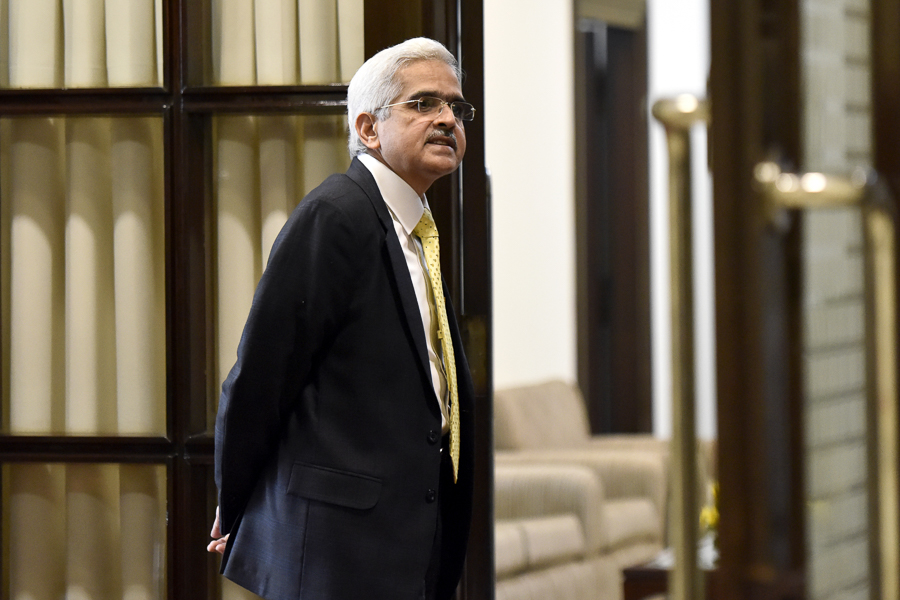 
The Reserve Bank of India on Thursday kept the repo rate unchanged at 4.0 percent and continued to maintain its accommodative monetary policy stance, indicating that it is ready to cut interest rates further but indicated that it was important to “use it judiciously” to maximise the beneficial effects to boost economic activity.

Shaktikanta Das, Reserve Bank of India (RBI)’s governor, also announced a resolution plan to restructure loans relating to Covid-19 related stressed assets for corporates. Das said that a committee appointed under veteran banker KV Kamath shall make recommendations to the RBI on the required financial parameters and with sector-specific benchmark ranges for such parameters, to be factored into each resolution plans.

One of the pre-conditions is that only those borrower accounts will be eligible for resolution, which were classified as standard, but not in default for more than 30 days with any lending institution as on March 1, 2020. Lenders shall have to keep additional provisions of 10 percent on the post-resolution debt.

Investors cheered the resolution for loans move and the benchmark indices climbed off their intraday lows, after the initial disappointment of no cut in interest rates, when Das started to announce monetary policy actions.

“As the pandemic has continued, there has been a clear understanding that a longer dispensation needs to be in place—rather than just a loan moratorium—which can take care of the severe cash flow problems that corporates and businesses are facing,” says Suman Chowdhury, chief analytical officer at Acuité Ratings & Research.

It is expected that the Kamath committee will announce plans for various sectors that have been hardest hit. If this restructuring of loans is not carried out, there is a real fear that the inability to repay loans would increase for corporates and hurt banks further, where NPAs continue to rise.

In order to mitigate the impact the pandemic will have on households, entrepreneurs and small businesses, the RBI has increased the permissible loan to value ratio (LTV) for loans against pledge of gold ornaments and jewellery for non-agricultural purposes from 75 percent to 90 percent.

The bank has also announced an additional special liquidity facility of Rs 5,000 crore each to the National Housing Bank (NHB) and the National Bank for Agriculture and Rural Development (Nabard). The NHB move is to shield the housing sector from liquidity disruptions and augment the flow of finance to the sector through housing finance companies. The liquidity for Nabard is to help reduce the stress being faced by smaller non-bank finance companies (NBFCs) and micro-finance institutions in obtaining access to liquidity.

Without disclosing exact numbers—as in previous monetary policy meetings—Das maintained that GDP growth will be negative in 2021, without offering any specific forecasts.

The RBI has largely been lowering interest rates from August 2019.  In the current year, due to the nationwide lockdown, business activity and cash flows for corporates have been severely disrupted, as have salaries for individuals, which has impacted their ability to repay loans.

On May 22, the RBI had cut rates by 40 basis points through an off-cycle monetary policy meeting. This came just days after Finance Minister Nirmala Sitharaman had announced, in a five-part tranche, a series of measures to assist the livelihood and income of migrant workers, urban poor, micro-small, medium enterprises and various sectors of the economy.

The RBI will continue to watch out for all the key parameters of the financial sector, including inflation and the rising threat of non-performing assets at banks. In its financial stability report of July 24, the RBI has warned that gross non-performing assets could rise to 14.7 percent of total loans by March 2021, under a severe stress case. In that same report, the RBI had said that risks to domestic growth and fiscal housekeeping were perceived to be ‘very high’, while risks on account of reversal/slowdown in capital flows, corporate sector vulnerabilities, real estate prices and household savings were perceived to be ‘high’.
​

Tweets by @forbes_india
News by Numbers: 7 digital first brands in the 100-cr club
WATCH: Flooding in Mumbai as city records highest rainfall since 2005