The move is seen as a measure to stop the bank from collapsing and to instil faith in the banking system. However, investors are worried; Yes Bank shares have fallen almost 90% since August 2018 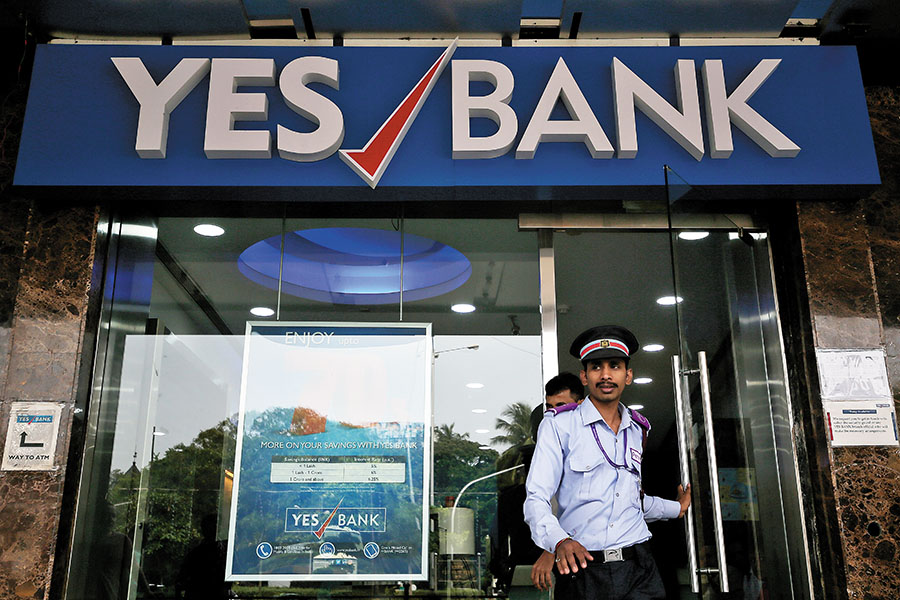 The Reserve Bank of India, late on Thursday, in consultation with the central government, placed troubled private sector lender Yes Bank under a 'moratorium', in a move seen to safeguard the interest of the bank’s depositors and the overall banking system. This could bring to an end the constant overhang of uncertainty that investors and shareholders had over the governance and financial health of Yes Bank's books.

As part of the move, the regulator has capped depositor withdrawals at Rs 50,000 till April 3. It has also superseded the existing board of Yes Bank.

While the RBI will put together a plan for Yes Bank’s reconstruction or amalgamation, it could continue to face further downgrades from credit ratings agencies, until a firm bailout plan is in place.

On Thursday night, immediately after the news, Yes Bank's net-banking platform came under pressure. Investors who tried to transfer sums to another bank through the IMPS/NEFT schemes were met with messages such as: “Due to heavy traffic on our NetBanking, we are temporarily unable to process your request. Please try again later or use Yes Mobile App to carry out your transaction".

RBI’s latest move reflects a lack of confidence in the current leadership at Yes Bank for a credible revival plan to infuse fresh capital into the bank. There are also unconfirmed reports that India’s largest lender, State Bank of India (SBI), will pick up stake in Yes Bank alongside state-led insurer LIC​, to help repose faith in the bank.

Investors lose confidence
Yes Bank has over the past near two years seen a complete loss of confidence from the investor community, both in India and overseas. The problems for the bank emerged publicly after the RBI denied an extension to its founder-promoter Rana Kapoor beyond January 31, 2019. The RBI had highlighted “serious lapses” in corporate governance and “poor compliance culture” during his tenure.

Kapoor has since sold his stake in the bank and several of his well-known loyalists have left the bank. Deutsche Bank’s India head Ravneet Gill took charge as Yes Bank CEO on March 1, 2019. Since then, though the bank raised a small amount of fresh capital, it was unable to instil confidence in the regulator that investors were willing to pump in $2 billion in fund raising.

The RBI said on Thursday that it was in constant dialogue with Yes Bank to find ways to strengthen its balance sheet and liquidity. But while a string of investors and private equity firms explored opportunities to invest with the bank, none eventually did so. The bank was facing a regular outflow of capital, the RBI said.

Moratorium: A good option
Analysts Forbes India spoke to welcomed the RBI’s moratorium move for Yes Bank. “This was very important. If they had allowed the bank to function the way it was doing (and there were various reports of SBI or others picking up a stake), it could have led to large corporates pulling out deposits from the bank,” a banking analyst with a local brokerage said, requesting anonymity. This would have snowballed into a bank run, as retail depositors would have got more jittery.

The RBI, in its Thursday note, has urged investors not to panic. But investors who Forbes India spoke to are concerned. Chartered accountant Harish Vaidya (name changed), who has a savings bank account at Yes Bank, says, “I had been following what was going on at the bank. Luckily, I recently opened another account elsewhere. I am going to run into trouble for I do need a larger sum [than Rs 50,000] in cash. I will have no option but to borrow from my family.”

Another customer, Kishore Deosthale, says, ”I am not sure what will happen to my home loan through an ECS or even my credit card points. I hope the bank is transparent enough to inform us.”