The central bank lowers its growth forecast for the Indian economy to 6.7%; implementation of GST likely to impact investment activity 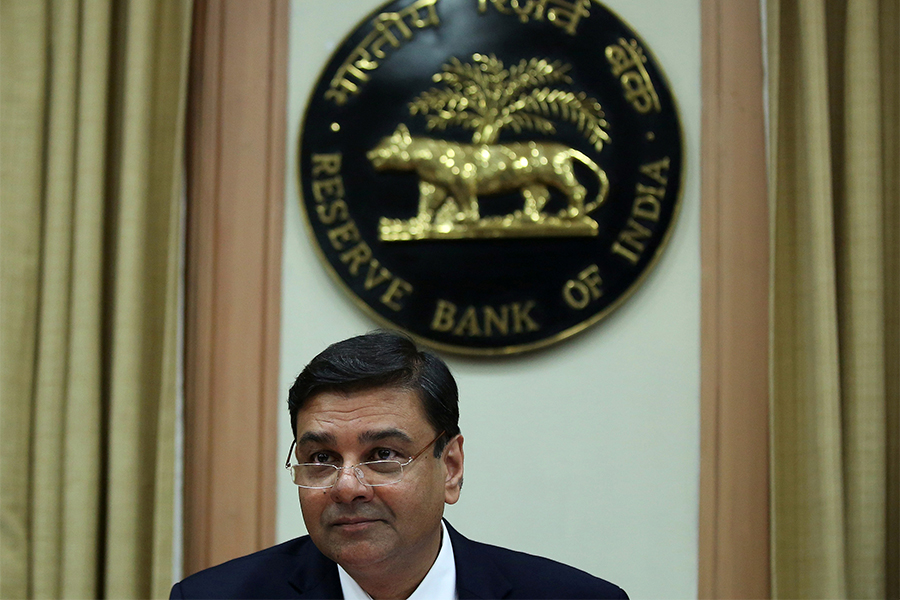 The Reserve Bank of India (RBI) on Wednesday kept the benchmark repo rate unchanged, citing inflationary concerns and several variable factors which led the Monetary Policy Committee (MPC) to keep rates on hold. The repo rate -- the rate at which the central bank lends to commercial banks – stands at 6.0 percent – a 6½ year low -- from 6.25 percent earlier.

This was widely in line with what most economists and analysts had expected. The MPC, helmed by RBI governor Urjit Patel, has kept interest rates on hold for five out of seven policy review meetings, since he took charge in October 2016.

This specific monetary policy was a closely watched event as India’s economy has come under pressure in the recent weeks and there was hope that the RBI might announce steps to help revive growth. In those terms, central bank continues to be cautious, preferring to battle inflation rather than take steps to revive growth.

The pace of growth for the Indian economy has slowed, with GDP for the April to June 2017 quarter down to 5.7 percent from 6.1 percent in the previous quarter. In fact, growth has continued to slow for the past six successive quarters.

Earlier this week, Fitch Ratings lowered its growth forecast for India to 6.9 percent for the current fiscal, compared to its earlier forecast of 7.4 percent. India grew by 7.1 percent in the twelve months to March 2017.

The RBI, in its Wednesday policy meeting, sharply revised downward its growth forecast for the Indian economy to 6.7 percent for FY18, from a previous forecast of 7.3 percent.

“The implementation of the GST so far appears to have had an adverse impact, rendering prospects for the manufacturing sector uncertain in the short term. This may further delay the revival of investment activity, which is already hampered by stressed balance sheets of banks and corporates,” the bank said in its policy statement issued on its website.

Rising inflationary pressures weighed heavily on the MPC members’ decision to keep rates on hold. The voting in favour of a policy status quo was five MPC members to one. Consumer price index (CPI)-based inflation has started to rise (it jumped to 3.4 percent in August from 2.36 percent in July), fuelled by higher food prices, erratic rainfall which has impacted crop output.

“As noted in the [previous] August policy, there are factors that continue to impart upside risks to baseline inflation trajectory: implementation of farm loan waivers by states may result in possible fiscal slippages and undermine the quality of public spending, thereby exerting pressure on prices,” Patel said in the policy statement.

"The MPC also observed that consumer price inflation has risen by around two percentage points since its last meeting. These price pressures have coincided with an escalation of global geopolitical uncertainty and heightened volatility in financial markets due to the US Federal Reserve’s plans of balance sheet unwinding and the risk of normalisation by the European Central Bank. Such juxtaposition of risks to inflation needs to be carefully managed,” the apex bank noted.

The RBI has indicated that it is keen to keep headline inflation close to 4 percent on a durable basis.

When specifically asked whether rising inflation meant that the possibility of an interest rate cut in coming cycles had come to an end, Patel said: “The MPC is watching all the available data very closely.” He indicated that since inflation had edged up since the previous August policy, there was a need to remain cautious.

Experts however felt that the central bank has missed an opportunity by not lowering rates. “By maintaining status quo with a 5:1 verdict the MPC has clearly reiterated its wait and watch approach. There are too many moving pieces and it is important from their perspective to exercise caution before proceeding.

For India, a higher trajectory of growth is a must. For this, we need smart and positive cues and from that perspective, this is an opportunity missed. We welcome the ‘pause’ but the positive cue should come sooner rather than later,” VS Parthasarathy, group CFO, Mahindra & Mahindra said in an emailed response.

According to Kunal Shah, a fund manager (debt) at Kotak Mahindra Old Mutual Life Insurance said: “With a lower inflation and growth outcome expectations were of a dovish stance to support growth; however MPC has chosen to wait more to decipher the transient and structural factor behind lower GDP growth in near term.” Shah forecasts a 25 basis points reduction in rates if inflation remains below 4 percent in coming quarters.