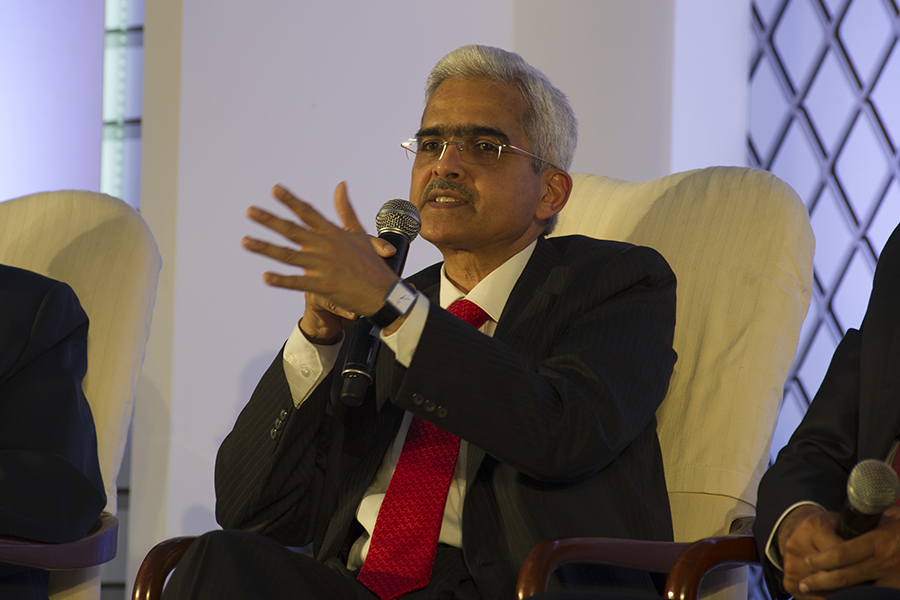 India’s newest Reserve Bank of India (RBI) Governor Shaktikanta Das, who took charge on Wednesday from his predecessor Urjit Patel, in his first day of office sought to allay investor fears that the disagreement between the government and the RBI might escalate further. “The government is not just a stakeholder but also runs the country, economy and manages major policy decisions. So, there has to be a discussion between the government and RBI," he told the media.
He also said that he will try to uphold the autonomy of the central bank. “I will try to uphold autonomy, integrity and credibility of the RBI as an institution. I will ensure that it stays intact,” Das said.

Das takes charge at a time when this very factor – the autonomy of the central bank -- became a prickly issue for Patel to deal with, after an ugly public spat had broken out between policy makers and the central bank a few months ago.
As the Economic Affairs secretary between 2015 and 2017, Das was crucial to the planning and execution of the government's demonetisation drive and later, the rollout of the Goods and Services Tax (GST).

Patel had decided to step down amid concerns that the central bank might start to function more like a board-led institution, rather than a Governor-led institution, experts said.
One of the contentious issues was how the government will use Section 7 of the RBI Act in the future. It empowers the government to give directions to the RBI on matters of public interest—clearly not something the RBI will look forward to. The government used this section in recent weeks in the form of a letter of consultation, but is yet to invoke it to issue specific directions or instructions to the RBI. Invoking it to issue directions was seen as a threat to the central bank’s autonomy.
On October 26, RBI deputy governor Dr. Viral Acharya, at a public event, warned that governments “which do not respect central bank independence will sooner or later incur the wrath of financial markets, ignite economic fire, and come to rue the day they undermined an important regulatory institution.”
Patel – who has cited “personal reasons” for his resignation – quit just three days ahead of a crucial RBI board meeting which is expected to discuss governance issues and the way in which the central bank operates.
Das has indicated that the December 14 board meeting will take place as usual.
Shriram Subramanian, managing director of InGovern, a proxy advisory and corporate governance firm says, ”The tussle of whether the RBI should be board-led or Governor-led has led to this [Patel’s exit]. Many government appointees have been trying to assert their role in the institution in recent months.”
In previous weeks, the government has blamed the RBI for some of the problems banks faced, particularly while dealing with the bad loans mess that commercial banks have been struggling to deal with since 2013-14.
The government and the RBI are also believed to have not agreed on the current RBI framework for Prompt Corrective Action (PCA) against several state-run banks – which imposes lending and other restrictions on them. The government had called for the RBI to revisit the PCA framework but it never came about.
Governments and central bank governors have always had a slightly frosty relationship whether it be former RBI governor Dr. YV Reddy and then finance minister P Chidambaram over issues relating to opening the banking system to foreign ownership or even Duvvuri Subbarao who served under Dr. Manmohan Singh and had faced criticism for often keeping interest rates firm, which could curb growth. The problem stems from the fact that the RBI’s main mandate is to control inflation while the government wanted the bank to start lowering interest rates, which could help boost growth.