India has a rich heritage of audio or word-of-mouth storytelling, which Spotify thinks will translate well into the modern-day podcast boom 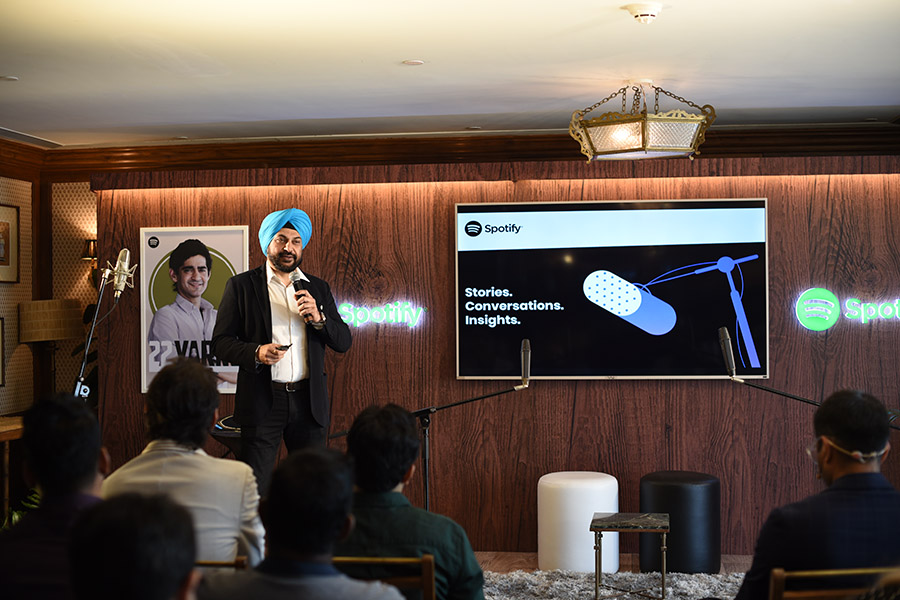 It’s a common urban joke—you throw a stone, and it’ll probably hit someone who has their own podcast. In the age of digital voice assistants and self-learning, podcasting is surging across the world, as people tune in on their AirPods or Alexa devices while running errands, running late to work, or just running. According to PwC’s Global Entertainment & Media Outlook 2019-2023 report, music, radio and podcasts are an ‘emerging’ segment in India, and projected to surpass US$1.5 billion by 2023. Monthly podcast listeners in India totalled 40 million at the end of 2018, a 57.6 percent jump from 25.4 million the previous year. As per the report, this makes India the third-largest podcast-listening market, after the US and China, and listener numbers are set to rise at 34.5 percent compound annual growth rate by 2023, to 176.1 million. Against this backdrop, Swedish audio-streaming service Spotify, which entered the Indian market about eight months ago, has announced original podcasts in India, as part of its localisation strategy. The first three shows—on cricket, relationships and a fictional thriller—will roll out on December 3. “Audio is a very intimate medium, and lost its way for a while in India,” said Amarjit Singh Batra, managing director – India, Spotify. “As an audio company, our data shows that listeners want to be told stories, want to learn something new, and want to be able to do it on their own time.” Batra adds that two years ago, globally, Spotify was irrelevant in the podcasting ecosystem; heavy investments later, it has now become among the leaders in the medium. “While the podcast market in India is yet to mature, there’s huge potential,” he says. “Our research shows that in India, listeners lean towards lifestyle, education and non-fiction shows, of which self-motivation is a big category.” Among the new Spotify Originals is cricket presenter Gaurav Kapur’s ’22 Yarns’, a chat show unearthing myths, folklore and untold stories from the world of cricket; ‘Love Aaj Kal’, hosted by journalists Aastha and Ankit, on love and modern relationships; and ‘Bhaskar Bose’ by actor, director and voice artist Mantra Mugdh, a fictional audio detective drama series. “When you listen to a story, you can use your imagination to elevate it,” Mugdh said. “So if I’m describing a garden with a house, each listener may have a different image in mind. You are your own Karan Johar, your own Anurag Kashyap—the power of audio is that one storyteller can create a million stories.”

While the global market is yet to crack the monetisation problem, studies show that podcast revenues are on the rise, particularly because advertisements, when read by the hosts themselves, have high levels of audience engagement versus in other mediums. “It’s something we’re trying to figure out globally, but there are various formats we can experiment with, for advertising,” says Batra. “The truth is that it’s a new market in India, and we need to invest first into creating this ecosystem. Returns will follow.”