Reliance Jio is No 10 on the Forbes India-TRA Most Respected Consumer Tech Brands for working millennials. The Jio Phone is at No 24 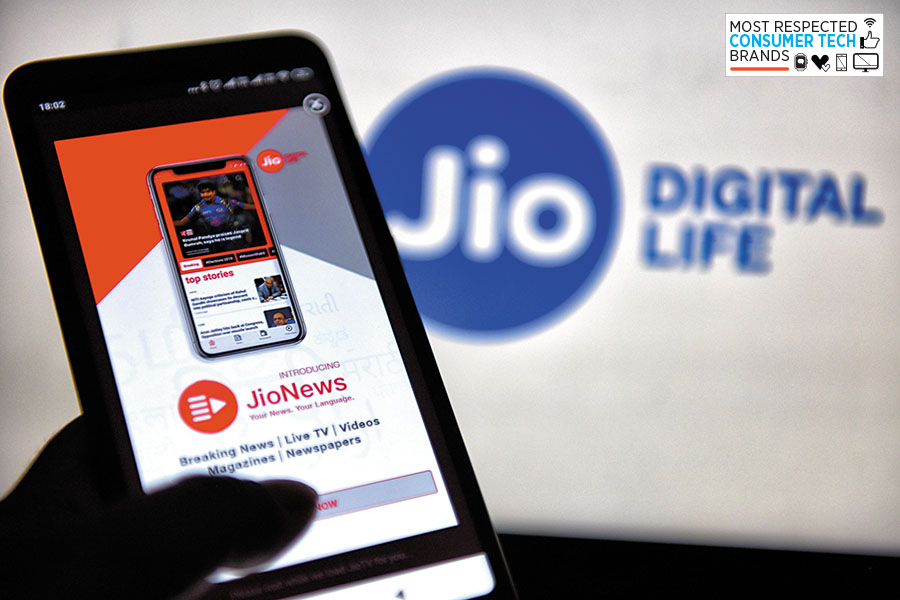 Reliance Jio has helped move consumers away from paying for data packs and talk times to all-you-can-consume connections at 4G speeds and a fraction of the cost
Image: Avishek Das/ Sopa Images/ Lightrocket Via Getty Images

In 2016, when Reliance Jio started testing its service for free, Mukesh Ambani, chairman and managing director of Reliance Industries, had one big audacious goal: To digitise the life of the average Indian. He saw his company as not just a mobile services provider but also a digital services business. A farmer could access weather reports before planting his crop, check price information before harvesting it, and futures contract data before deciding when and at what price to sell it. A millennial can watch movies on the go and listen to music on the JioSaavn app. All this at prices unheard of for accessing data, a hitherto scarce and expensive commodity. 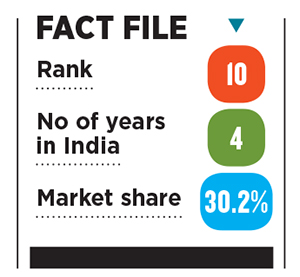 “Jio has done a great deal for the customer by making data both accessible and affordable. This is just the beginning of their digital journey,” says Jayanth Kolla, founder and partner at Convergence Catalyst, a consultancy. The average user spends ₹120 a month for their Jio service, which covers 99 percent of India and has 355.2 million subscribers. In Q2 FY20, the company had revenues of ₹12,354 crore and an Ebitda of ₹5,166 crore at a 41.8 percent margin. As a result, Reliance Jio (the serive provider) is No 10 on the Forbes India-TRA Most Respected Consumer Tech Brands for working millennials. The Jio Phone is at No 24. The biggest change the company had was in moving Indian consumers from sachet pricing (buying a certain number of minutes of talk time or gigabytes of data) to an all-you-can-eat bundle. Consumers have largely forgotten about voice and data limits. As Jio offered 4G speeds at a fraction of the cost of 2G and 3G services, existing operators with legacy networks were the first to be squeezed out. A 14-player market moved down to four with Jio and Airtel accounting for all the profits in the sector. It remains to be seen if Jio can replicate this success with its latest offering Jio Fiber. With 70 million handsets in use, the Jio Phone has played a significant role in getting newer customers on the Jio platform. According to Kolla, this was an important tool in getting 2G subscribers to access their services as unlike in the West, where phones are bundled by service providers as part of a monthly plan, the handset market in India remains separate. Here providers sell monthly plans leaving consumers free to purchase their own handsets. In a market that still has 350 million 2G customers, getting subscribers who have never used the internet on a data platform has helped the Jio Phone broaden the scope of its addressable market. Disclaimer: Reliance Industries is the owner of Network 18, the publisher of Forbes India

Tweets by @forbesindia
Meet the 17-yr-old on a mission to make medicine affordable
Love your job? Someone may be taking advantage of you