Started to tell entrepreneurial stories, YourStory has evolved to help and expand the ecosystem 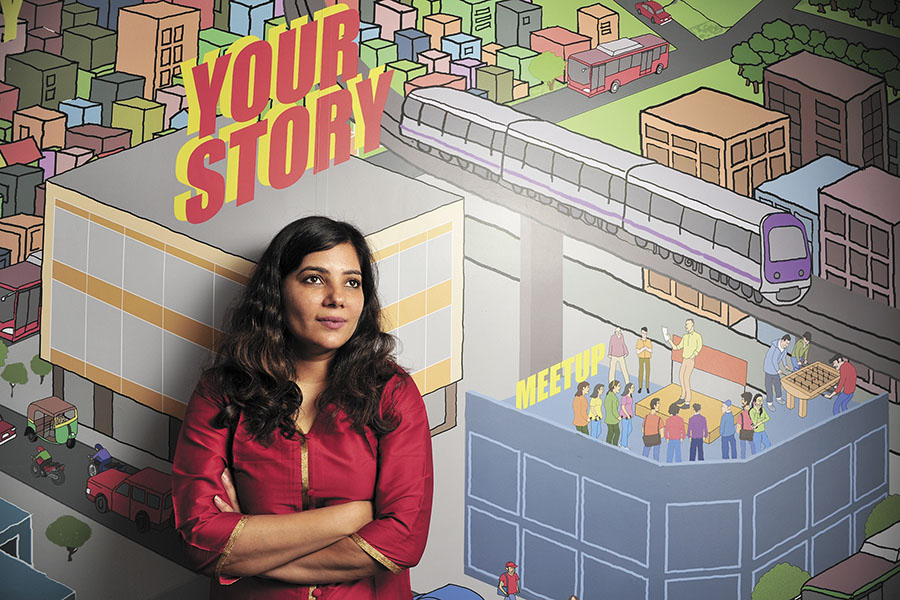 Shradha Sharma’s drive to launch YourStory in 2008 grew from the “recurring theme” that she, then a journalist with CNBC TV18, experienced—of people across society who were professionally starting out on their own, wanting to make a difference. “These were experiences and stories which need to be told,” she says.

Sharma, who grew up in Patna and moved to New Delhi in 1997 to complete her bachelor’s and master’s degrees in history from St Stephen’s College, says 2017 was a key year in which reportage of entrepreneurs and startups in regional languages picked up. The company also launched more products, including video formats on YourStory TV. Last year, the company launched YourStory Germany, which has content on the startup ecosystem in Germany, which is seen as one of the vital hubs for technology and innovation in Western Europe. YourStory will act as a bridge between entrepreneurs in India and Germany.

Sharma believes that people would be more successful if they did not constantly seek validation for themselves from others. “Don’t wear the labels that the world puts on you,” she says.

“Shradha has acquired a semi-cult status, venturing into the startups world when few wrote about them. She has perseverance and clarity of thought. The biggest challenge for her now is to evolve from a founder to a successful founder-manager and build an effective team of leaders,” says Mohandas Pai, former Infosys director and chairman of Manipal University.