I fear failure a lot. A lot: Gaurav Munjal

The Unacademy cofounder on being blunt, dealing with criticism and why teachers should be paid higher salaries 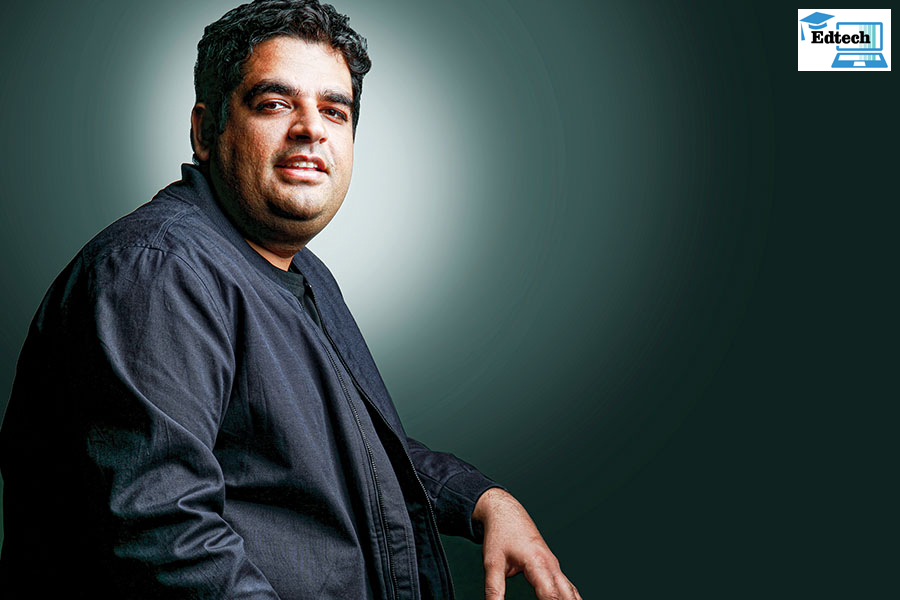 “GM is an acquired taste,” says one of the VCs who wanted to invest in Unacademy, but was not allowed to. GM—that’s how some in the community address Gaurav Munjal—appears to be rude. “But he is not,” he reckons. “One needs time and patience to understand him,” says the funder from whom Munjal had declined to take money. Munjal is not bothered if somebody perceives him to be arrogant. “It’s okay. It’s a perception. But if somebody says my product is not good, then I won’t be able to sleep,” says the 31-year-old co-founder of India’s largest online test prep platform. He explains his definition of ‘arrogance’. “When I conduct interviews,” he says, “and I find somebody arrogant, I don’t care. I just want to know the intent behind the arrogance.” If s/he is passionate, that’s fine. Narcissism is wrong. “My arrogance in the beginning was not narcissism,” he clarifies. “It was just that we were, and we are, super passionate.” Ask him why he is blunt, and he says: “Audacity is a trait that makes a founder a founder.” Edited excerpts from an interview.

ON THE FEAR OF FAILURE
I fear failure a lot. A lot. Why do you think I raised so much money? Why do you think I’m constantly in a state of paranoia? Because I am so afraid of failing. Why do you think we are the first ones to take a stand on cost cutting or on K12? Because when you’re in that constant state of paranoia, you think so much, you study so much. Bhai ye to ho raha hai fail. Jaldi se accept kar lo aur aagey badho (This is not working. Accept it as soon as possible and move ahead). You should not lose the war for a battle. It’s a battle. It’s okay, but don’t lose the war.

ON THE EDTECH STORY

It’s not strong. Nobody should start an edtech. We will build them (breaks into a loud laughter). Sorry, it’s a joke. Edtech is one of the best sectors to be in. It’s like ecommerce. It’s the most important story. If you are born in a low-income household, and you have to shift your life’s orbit, education is the answer. A few bad quarters and people are questioning edtech. What the f***! Edtech is here to stay. Zoom’s stock is low today, but Zoom is here to stay. Now demand will slow down a bit, but it will grow. It’s absolute nonsense if somebody says edtech is doomed. In a country of 1.3 billion, education is the most important thing, and technology can help it scale.

I would have never done it had it not been the realities of a post-Covid world. Going offline is against everything I stand for. I’m a proponent of online education. But I am clear we have to do it (hybrid). And I have a reason on why centres will work. Higher self-motivation leads to more studies. In NEET PG, we have a 24 percent market share, and nobody wants to go offline. But in JEE NEET, there is not enough self-motivation. Parents too want offline presence and discipline is needed. Are we opening centres for UPSC? No. For GATE? No. For NEET PG? No. For JEE NEET? Yes.

ON NOT BUYING BIGGER COMPANIES

I’m not good at buying large companies and merging them. It takes too much work. Building it, getting it right is what we know. We are people with OCD (obsessive compulsive disorder). We have to build on our own. Even if a comma is at a wrong place, it freaks us out. We have debates for hours over commas, colours and fonts. Most people freak out. To buy and then get them to adapt to our culture is not possible. It’s better to build. We bought small companies, but it’s easy to integrate them.

ON FLAWS IN THE EDUCATION SYSTEM

There is a big flaw in colleges. If you have scored poorly once and got admission in a not-so-good college, it stays with you for life. It becomes your identity. That’s not the case in chess or cricket. You can practice hard and get better. So why is college seen as a one-time credential? The first time I wrote a blog post, I was 15. I’m happy you haven’t read those; they were badly written. I can write much better today because I got better at it.

ON HIGH SALARIES FOR TEACHERS

In a live class done by Virat Kohli and Anuskha Sharma, around 30,000-35,000 came online. In the lectures by our top JEE teachers, over 15,000 come. The celebs get paid millions. These teachers should also get the same amount. I am in favour of high salaries for teachers. We have many teachers with over a crore package a year. I hope I was honest enough.

Let my products, growth and team do the talking. Over the last two years, there have been negligible exits in the leadership team; we have built the best products in every sector, attained highest growth and are leaders in online test prep. Feel free to think whatever about me, but think good about our product. I read criticism, I take feedback and I learn. If in one of the meetings I have been brutal, then that becomes the narrative of the story. This is wrong.

ON ENDGAME FOR UNACADEMY

We want to be the largest consumer internet company from India. We want to be a multi-product company with many successful products. We don’t want to be great. We want to be one of the greats. We do get acquisition offers, but we are not building to sell. An IPO will happen whenever the markets are ready.

I don’t model myself on anybody. Everyone has flaws. One should take the best from everyone. Steve Jobs would not do on Twitter what Elon Musk does. But I prefer Elon’s approach. He is more open about his thinking. I love the grit and audacity of Shah Rukh Khan. I love the way he talks. I never used to eat breakfast if I had not watched movies like Baazigar and Darr. I like Deepinder Goyal’s audaciousness and pivots, the way he thinks of growth. I like Bhavin Turakhia’s productivity. I love Jobs’ obsession, and Musk’s ambition and vision. I love the way Mark Zuckerberg is reinventing his company. It takes guts to do that. I like JK Rowling’s books, quotes and characters.