Several factors, including botched investment deals and bad hiring decisions, led to the downfall of the Mumbai-based edtech player 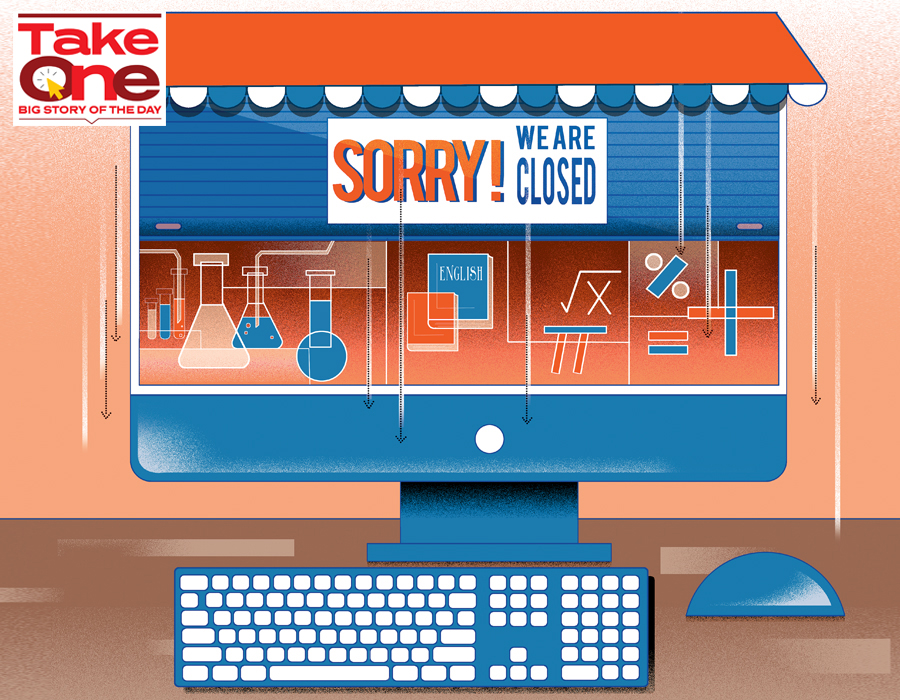 News of Lido shuttering came as a shock to many who believed the startup—which provided live online tuitions to students from classes K-9 in maths, science, English and coding in small groups of six

Days after it was reported that edtech startup Lido Learning was closing as it had run out of money, Forbes India has learnt that the Mumbai-based edtech startup is in talks with potential buyers. Byju’s, Vedantu, Unacademy and Reliance are in the fray to buy the three-year-old company, a person familiar with the matter tells Forbes India. Vedantu, he says, is the frontrunner.  When reached out for a comment, Vedantu denied any such development.

News of Lido shuttering came as a shock to many who believed the startup—which provided live online tuitions to students from classes K-9 in maths, science, English and coding in small groups of six, charging anywhere between Rs25,000 and Rs90,000 after discounts—was in good health.

In an early-February virtual Town Hall, attended by the entire organisation—that is, 1,000-1,200 employees—Sahil Sheth, founder and CEO, announced that the company was closing down as funds had dried up. Employees were told to look for other jobs and that their salaries would be paid within 90 days. “All of us were put on mute so we couldn’t ask any questions. We weren’t expecting this. Nobody knew things were so bad,” says a former employee. Salaries, he says, haven’t been paid since January.

“It was doing well. I’m not sure what happened. It’s sad,” says one seed investor, who has led investments in several edtech startups, on condition of anonymity.

Just five months ago, Lido, owned by Quality Tutorials Pvt Ltd, raised $10 million (about Rs73.4 crore) from marquee investors, including Alibaba-backed Bace Capital and Ronnie Screwvala’s Unilazer Ventures in September 2021. The startup also counts top angels like Paytm founder Vijay Shekhar Sharma, Shaadi.com’s Anupam Mitttal, former Myntra CEO and now Mensa founder Ananth Narayanan, Curefit’s Mukesh Bansal and Vikrampati Singhani, MD, JK Tyres, among its investors. Lido, at the time, said it planned to use the fresh capital to further expand in India as well as enter international markets, including the UK, Australia, New Zealand and Southeast Asia. Screwvala at the time noted that Lido was the “first mover in the small-group, tuition space” having differentiated itself from the other edtech players that primarily offer self-directed learning or large group classes. Lido’s strategy of immersive learning and rewarding positive outcomes, he said, “best-positioned” it to consolidate the $15 billion neighbourhood tuition market.

So what went wrong?

“The issue is straight-forward. [Things] didn’t pan out as expected, but there is still hope that the company will find a home. The leadership could have anticipated issues and managed it better. They were very opaque,” one of Lido’s investors tells Forbes India on condition of anonymity. Other investors Forbes India reached out to didn’t respond at the time of publishing. A detailed questionnaire sent to Sheth also went unanswered at the time of publishing. 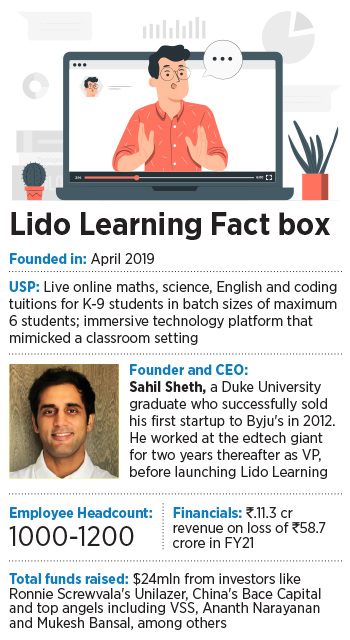 “It was a combination of many things,” says a former senior employee.

First, two investment deals fell through. In early-to-mid 2020, China’s ByteDance, the owner of TikTok, was in talks with Lido for a massive Rs800 crore fund raise, according to the person quoted above. But things took an unfortunate turn in May 2020. The government turned hostile towards China following a border skirmish in Ladakh in which several Indian troops were killed. It responded by banning 59 Chinese apps, including TikTok, from operating in India citing reasons of national security, accusing the Chinese of data theft through the apps, in June 2020. Several more Chinese-owned apps were banned from India in the following weeks. “It was around that time that the ByteDance deal was to happen, but it fell through because of what was happening,” says the senior employee.

Cure.fit, owned by Mukesh Bansal, was also supposed to pump in around Rs80 crores into Lido Learning at the time. But pandemic and the resultant lockdowns meant Cure.fit was facing its own struggles and downsizing its operations. “They ended up investing just Rs2-3 crore instead. This was a double blow to Lido,” says the person quoted above.

Second, Lido was slow to adapt to the Covid onslaught. “The entire model was based on salespeople meeting potential customers at their houses and converting those leads into paying customers,” says another former employee on condition of anonymity. That came to a grinding halt when the lockdowns were announced. “The management wasn’t proactive in anticipating the issues and working around them.”

Third, Lido made a series of bad hiring decisions. Shortly after the initial lockdown was announced in March 2020, Lido announced salary cuts for its employees. The top two layers of employees were handed a 50 percent cut, says the senior employee quoted earlier. “Despite cutting my salary, they were hiring people in top positions. These weren’t even people with relevant experience or credentials who could help steer the company in the right direction. They were mostly family and friends [of the top management],” says the employee. 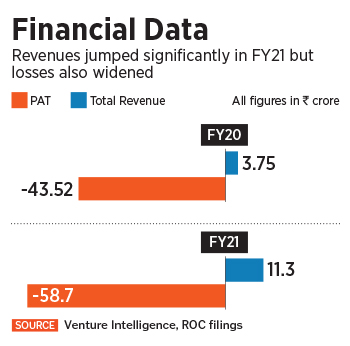 “For example,” he continues, “these Harvard-Stanford types insisted on marketing through social media instead of using more primitive ways of publicity like Byju’s and other edtech companies do. For every post we would put out, we would get 30 comments from unhappy customers about the refunds not coming through. Not only was there no ROI (return on investment), but the move made things worse from a brand standpoint,” he says. “These hires would then disappear after a few months and go back to their universities. But the damage was already done.”

This—which leads to the fourth point—opened a can of worms. Social media platforms today, including Twitter, LinkedIn and Facebook, are dotted with customer complaints about subscriptions not cancelled despite repeated requests made within the 15-day trial period, EMIs being cut despite refunds being promised and all-round poor communication from Lido. “During our training period, we were specifically told to highlight Lido’s refund policy. We would tell our leads as we were told, but when it actually came to giving refunds, the policy rarely worked,” says one former business development associate (BDA), who resigned because she felt she was “cheating customers”.

Not unlike Byju’s, where Sheth, Lido’s founder, worked for two years as vice president, having sold his first venture to the edtech biggie in 2012, Lido would hand out free tablets to students who decided to sign up. They were told to register for a 15-day “trial period” after which, if he did not like the classes, they could cancel their subscription within the 15-day period. Bank details were taken at the time of registering. Subscription charges were either Rs25,000 for six months, Rs42,000 for a year or Rs90,000 for two years post discounts.

“Many students genuinely liked the teaching and the product, but others did not for whatever reason. Since I was the point of contact, they would ask me for refunds. I was told to direct them to the relevant department, but they wouldn’t hear back from them, so they would repeatedly call me. When I told my manager this, he said, ‘Block the numbers. Your job is just to sell the product’. Many of my leads were farmers’ kids who could not afford the monthly charges,” says the BDA quoted above. Techfino Capital, Early Salary and Shopse, among others, were some of the third-party loan providers.

Another employee echoes the sentiment, “Inter-departmental communication was poor… almost non-existent. As a result parents suffered.” Many BDAs had sold Lido’s offerings to their family and friends so as to meet their sales targets—“we were told to get our personal contacts if we didn’t meet the targets”, says another BDA—and are now using their personal funds to pay back the EMIs.

On the flipside, another employee says there’s “half-truth” to the issue of customers not getting their refunds. The condition for refunds was that the tablet needed to be returned to Lido, but in the absence of an undertaking while handing over the tablet, says the employee, customers would say, “What’s the proof you’ve given me a tablet? Customers are also smart—they jump from doing a two-week free trial at Lido to two weeks at Byju’s to two weeks at Vedantu until the syllabus is covered.”

Finally, as Covid peters out and schools and physical classes reopen, the “offline premium is getting unwound”, says the seed investor quoted above. “We’re seeing this phenomenon play out globally with companies like Zoom and Peleton which are not so attractive anymore. I won’t say the edtech winter is here, but the edtech autumn is definitely here,” he says. Like Lido, there will be more casualties in the edtech space. Plain vanilla startups with no differentiated offerings will flame out while the differentiated ones will get acquired by the larger edtech players—Byju’s, Unacademy, Vedantu, Eruditis etc. “They too are seeing slowing growth, so they will be looking to buy growth by going aggressive with M&A.” he says.

While details of how much Vendantu, the frontrunner for Lido, has bid for the edtech startup are unknown, people familiar with Lido’s workings say that its technology platform is top notch. “I would go as far as saying that it’s platform is among the best in Asia,” says the senior employee quoted at the outset. “It’s immersive, intuitive—a 4-5-year-old, for example, can easily navigate the app, which draws students into a virtual classroom setting.” He says, “Byju’s, Vedantu, Unacademy, Eruditis, you name it, don’t have that kind of an experience. So despite Lido’s liabilities, they will pay a premium for it.”

A spokesperson from Unacademy, however, described the as a “rumour” and said it was “absolutely untrue”.

(Forbes India is in the process of reaching out to other potential buyers in the fray. The story will be updated once they respond)

Tweets by @forbesindia
'Like a Trump rally': Inside Donald Trump's Truth Social app
Photo Of The Day: Russian invasion