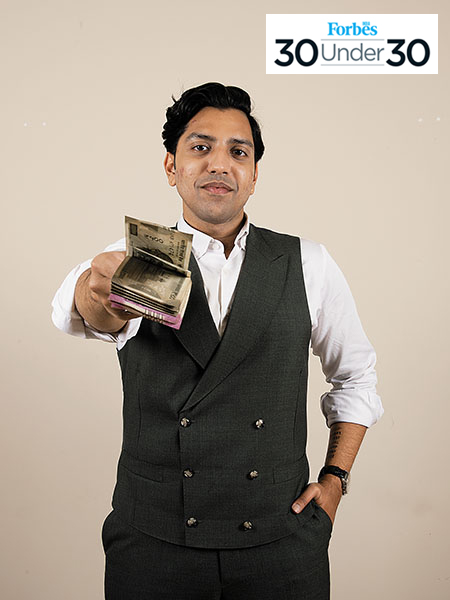 An idea to create seamless banking solutions for India’s bottom-of-the-pyramid segment emerged when law graduate Santanu Agarwal identified concerns these people faced after field trips in 2016-17 to remote parts of the populated state of Uttar Pradesh.

“The potential to offer small-ticket-sized loans—of ₹25,000 to ₹30,000—to the unbanked in India is huge,” says Agarwal. This is estimated to be a ₹8 lakh crore market size, based on India’s unbanked population of 365 million.

To tap the unbanked by mobile, Agarwal hired a team of engineers to build the digital application in 2017, to be backed by biometric-based e-KYC to tap customers.

This, over the next three years, has transformed the brick-and-mortar financial lender SE Investments—which Agarwal’s father Sunil Agarwal set up in 1992—into a non-banking financial company which caters to the unbanked, bottom-of-pyramid segment of society, through a priority sector co-lending model with public banks.

Four years ago, the Paisalo app used to disburse around 100 loans a day, estimated worth ₹5.5-6 crore a month. The number of disbursals and the estimated value of loans given per month have jumped approximately five-fold since then. The loans are offered at an extremely low 12.4 percent interest rate.

Paisalo reported an 81 percent rise in revenues and a 19 percent rise in assets under management in the first half of FY21 compared to levels in March-end 2020. Over the next two years, it plans to expand its co-lending with banks and possibly apply for a small finance bank licence.

“We like Paisalo’s stable business model. With fintech penetration very low, the runway ahead is huge. Paisalo rightly positions to ride on this scale,” says Saum Mehra, portfolio manager at Singapore’s Davos International Fund, which has been an investor into Paisalo since 2010.

Tweets by @forbesindia
India's vaccine rollout: Cracking the bullwhip
Surviving 2020: How the young and restless dealt with the Covid-19 standstill