China's robust economic activity is only an illusion

Continued mal-investment and deferring bad debt write-offs will provide the illusion of robust economic activity, but reality will hit sooner than later 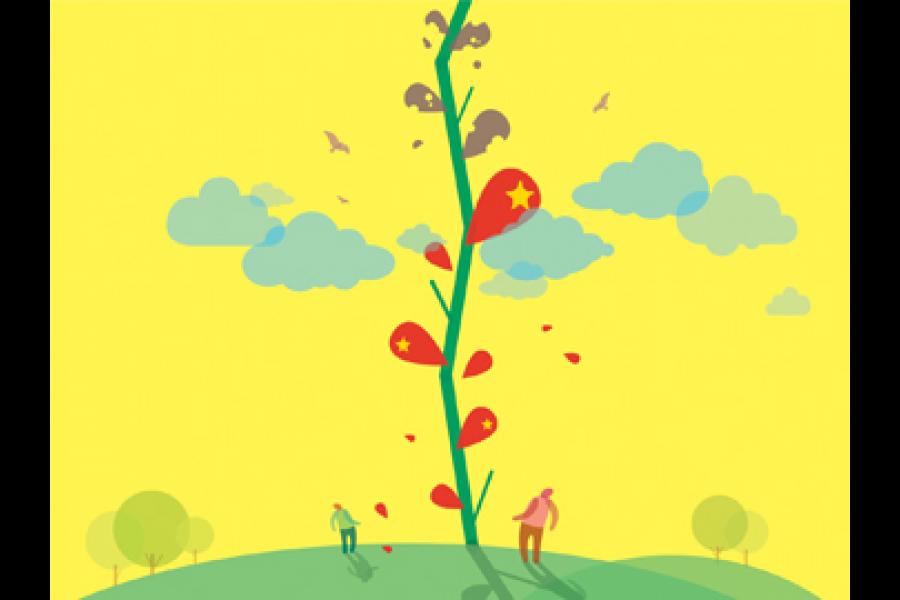 Understandably, the major focus now is on the denouement of China’s looming debt crisis. Pessimists are concerned about a catastrophic crash. Optimists are more sanguine, expecting a soft landing with gradual reforms.

The crash scenario is predicated on continuing increases in debt levels and over-investment. Policy adjustments are fatally delayed. Ultimately, authorities are forced to tighten credit aggressively, triggering failures in the financial system and a sharp slowdown in growth.

Weaknesses in financial structure exacerbate the money market tightening, causing liquidity-driven problems for both vulnerable smaller banks and the shadow banking entities. The rapid decline in credit availability results in problems for leveraged borrowers such as those in local governments and property sectors. The larger banks which are likely to benefit from the flight to quality are unable or unwilling to expand credit to cover the shrinkage from smaller banks and the shadow banking sector, due to risk aversion or regulatory pressures.

The deceleration in credit growth and liquidity results in lower levels of economic activity. Combined with cost pressures and weak external conditions, Chinese businesses, which are major suppliers of cash to the economy, experience a decline in cash flows which compounds the liquidity problems.

Foreign capital inflows, which have enabled the People’s Bank of China (PBOC), the central bank, to provide liquidity to the financial system, slow and then reverse. At the same time, capital outflows, especially from corporations and also the politically well-connected and wealthy, increase, driving further contraction in credit.

The optimists counter that the debt levels, while high, are manageable because of high growth rates, the domestic nature of the debt, high savings rates and the substantially closed economy. They argue that the banking system has low leverage, a large domestic funding base and low levels of non-performing loans. They also rely on the high level of foreign exchange reserves and modest levels, at least by developed country standards, of central government debt.

The optimists believe that reform programmes, albeit slow in implementation, will ensure a smooth transition. China will rebalance its economy from investment to consumption. Deregulation and structural changes will improve the resilience of the financial system.

The strength of the banking system is probably overstated, primarily because of the understatement of bad loans and the relationship with shadow banks. Real levels of non-performing loans may be as high as 5-10 percent of assets, about 5 to 10 times the reported levels. The risk of a significant portion of assets held in the shadow banking system may ultimately come back into the banking system.

China’s forex reserves (invested in high quality securities denominated in US dollar, Euro and Yen) may prove difficult to realise without triggering losses or currency issues. More fundamentally, the reserves are not true savings, being matched by Renminbi created by the PBOC and paid to domestic entities in exchange for foreign currencies.

In effect, the flexibility of Chinese authorities to deal with any problems may be more constrained than assumed. But the risk of a major collapse while always present is, at this stage, low. A familiar endgame, entailing bank failures, depositor runs, massive outflows of foreign investors or a sovereign default, is unlikely. The central government is seeking to steer a middle path, which is both difficult and has significant risks.

The central bank will continue to provide abundant liquidity to the financial system through a variety of mechanisms. Lenders have been instructed to rollover loans to local governments which cannot be repaid out of cash flow. Chinese authorities subscribe to the theory that “a rolling loan gathers no loss”.

Authorities have altered regulations to allow local governments to issue public bonds, for the first time in 20 years. Defaults in shadow banking will also be managed. Where considered appropriate, banks and state entities will intervene to minimise investor losses, by taking over the loans or re-integrating assets into regulated banks.

A number of Trust Company and WMP investments have missed payments, with many having been rescued, sometimes under mysterious circumstances. One analyst told a reporter: “Moral hazard in China is state policy.”

As in previous Chinese episodes of bad lending, non-performing loans (NPLs) will be sold to asset management companies (AMCs) to avoid a banking crisis. In effect, instead of resolving the debt problems, the Chinese government will oversee a process of supporting over-indebted borrowers and the banking system. As in a shell game, bad debts will be shuffled from entity to entity, delaying the recognition of losses.

The actions will reduce the immediate financial pressure, but merely defer the debt problem. The primary objective of the strategy is to maintain high growth for as long as possible and also preserve social order. It reflects the fact that a financial and economic crisis in China is synonymous with a loss of confidence in the state itself and in the Chinese Communist Party.

The Price to Pay
The ultimate price of this strategy will be to lock the Chinese economy into a lower growth path with the risk of destabilising crash. Over time, increasing amounts of capital and resources will be locked in unproductive investments which do not generate sufficient returns to service the debt incurred to finance it.

The need for economic growth will continue to drive debt-fuelled investments with inadequate returns. When the debt incurred cannot be serviced or paid back, more capital will be tied up in warehousing the losses to avoid a banking crisis.

If returns on investment are insufficient, there must be a transfer from one part of the economy to another to cover the shortfall. This cost will be borne by households, with slower improvement in living standards and erosion of the value of their savings.

Authorities will have to keep saving rates high to provide the capital needed to pursue this strategy. They will ensure that the bulk of funds remain in the form of low yielding deposits with policy banks, which can be directed by the central government as required. Interest rates will remain low, below inflation. Banks will need to maintain a large spread between borrowing and lending rates to ensure sufficient profitability to absorb the cost of NPLs. Borrowing rates and the cost of capital will also need to be kept low to support the investment strategy and also reduce pressure on unprofitable or insolvent businesses.

The loss of purchasing of household savings will provide the economic basis for the transfer of resources, amounting to as much as 5 percent of the GDP, to banks and to borrowers, primarily SOEs and exporters.

The necessity of high saving rates will impede the rebalancing from investment to consumption. It will also impede the development and deepening of the financial system. China will also have fewer resources available to improve health, education, aged care and the environment.

In the short run, continued mal-investment and deferring bad debt write-offs will provide the illusion of robust economic activity. Over time, households will discover that the purchasing power of their savings has fallen. Wealth levels will be reduced by the decline in the prices of overvalued assets. Businesses and borrowers will find that their earnings and the value of their overpriced collateral are below the levels required to meet outstanding liabilities.

The alternative is equally problematic. If the government moved to liquidate uneconomic businesses and unrecoverable debt, it would need to finance the recapitalisation of businesses and banks. This cost would require a sharp increase in taxation, which would also result in a slowdown in economic activity.

Tweets by @forbesindia
The Jaguar F-Type R Coupe is wonderful, but lacks finesse
'People Don't Tune In To FM Just For Music'