Satyajit Das: The illusion of liquidity 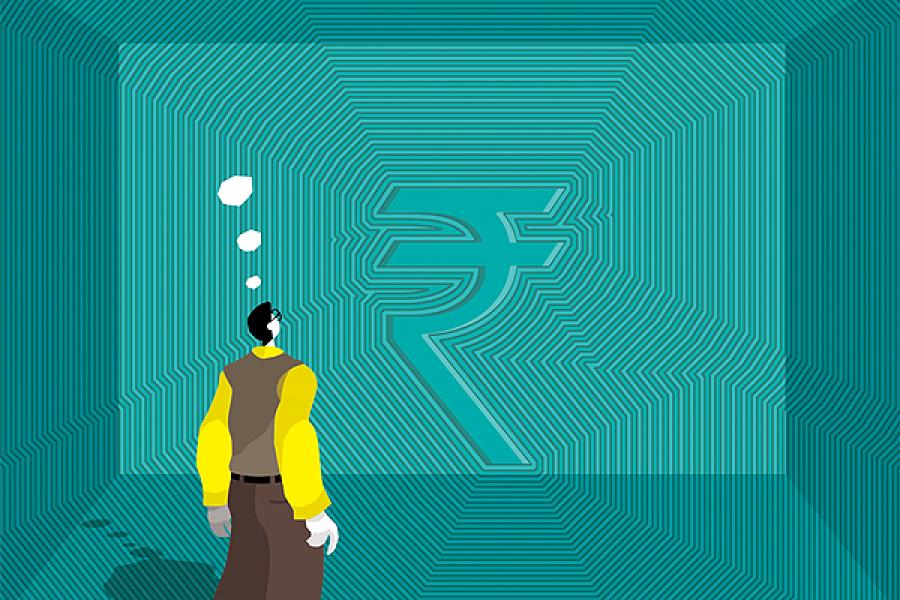 Financial markets are currently concerned with the lack of trading liquidity despite the actions of central banks to maintain a seemingly unlimited supply of money.

There are two types of financial liquidity: The first is funding or the supply of money, and the second relates to the ability to buy and sell financial assets readily and without high transaction costs. Central bank policies have simultaneously created an abundance of money and a contraction of trading liquidity.

Trading liquidity is required where holders of securities, commodities and currencies wish to adjust holdings. This may be dictated by the need for cash, for example, when investors in a fund redeem their interest.

Investors and fund managers frequently over-estimate liquidity. Only a few stocks, major currencies and some government securities trade consistently, and in large volumes. Other assets trade less, particularly where market conditions are unfavourable. Michael Milken, the creator of junk bonds, identified this tendency: “Liquidity is an illusion... it’s always there when you don’t need it, and rarely there when you do.”

Today, trading indicators give the appearance of robust normality. But market turnover—the volume of trading relative to outstanding securities—in bonds and shares has fallen significantly. Government and corporate bond turnover has fallen by around 50 percent, in part reflecting the massive growth in issuance and outstandings.

Investors are likely to have greater difficulty in selling their holdings, especially large ones. They are also exposed to greater price volatility. Increasingly, markets are characterised by low day-to-day volatility, but more frequent, large price changes. In October 2014, US government bonds rates moved by 0.40 percent in a few minutes. In early 2015, German government bond yields rose from near zero to 0.80 percent in a few days. Statistically, these should occur once in several billion years.

There are several factors driving the problem.

First, central bank policies of low rates and abundant liquidity have driven investors into riskier, less liquid assets in search of returns. Large purchases by central banks have created an artificial scarcity of low-risk securities. Investors have been forced to invest in longer-dated securities, corporate bonds and emerging market issues. In many cases, the issuer is of low, non-investment grade credit quality. They have purchased less actively traded shares or invested in smaller and often less-developed equity markets. Investors may not recognise that the additional return does not compensate for the additional risk of reduced trading liquidity.

Second, with markets and prices increasingly driven by changes in official policy, investment horizons have become shorter, making additional claims on market liquidity. Many investors are purchasing assets they would normally shun for short-term gains on the assumption that they will be divest positions to a ‘greater fool’ before prices fall. This game of investment musical chairs relies on predicting when the music will stop, which most market participants are poor at.

ETFs, which replicate a market benchmark index, are common in equities in developed and emerging markets, with around $3 trillion in investments. Currently, bond funds have over $7 trillion in investments, up $3 trillion since 2009. Much of the new funds have gone in less liquid securities such as corporate bonds. In the US, investment funds hold 20 times as many bonds as banks today, compared to three times before 2007.

Markets are dominated by a few large investors, creating problems of concentration. There is significant herding behaviour. Similar portfolios and strategies exacerbate risk and problems of illiquidity if a large number of participants or very large holders exit at the same time.

Investors frequently follow the market trading momentum, buying when prices go up and selling when they fall. They are users, rather than providers, of liquidity. Their buying creates the illusion of active trading when markets are rising, but suck liquidity out when prices fall.

Fourth, many investment vehicles routinely promise greater liquidity than that of their underlying investments. Funds frequently allow investors to redeem their investment at relatively short notice, usually seven days. The problem is that the fund’s investments may be insufficiently liquid to meet redemption requests in a timely manner. The International Monetary Fund found that a fund investing in US high-yield corporate bonds might take up to 60 days to liquidate holdings, much longer than the time available to meet investor redemption requests.

Fifth, trading liquidity is highly dependent on dealers willing to warehouse securities, by purchasing securities that end investors want to sell, manage the risk and resell the position. But there has been a sharp contraction in the market-making capacity of dealers, particularly in bonds. In the US treasury bond market, major dealers had around $2.5-3 trillion capacity to make markets in 2007. Today that amount has fallen by over a third. A similar pattern is discernible in Europe. This reduction in dealer capacity coincides with a major expansion in the size of the underlying markets.

The reduction is driven by risk aversion as banks reduce trading activities. Many institutions have changed their business strategy, focusing on core, often domestic, markets and fewer, major clients.

The change also reflects regulatory initiatives. Banks have been required to reduce risk, strengthen capital, balance sheets and funding. These measures have made it more expensive and less attractive for banks to make markets for clients. The Volcker Rule of the US Dodd-Frank legislation has restricted banks engaging in proprietary trading, which traditionally has assisted market liquidity and reallocation of risk.

The combination of these factors means that trading has become more dependent on a few large institutions and liquidating positions may prove increasingly difficult. Reduced supply and increased demand for market-making will ultimately drive reductions in trading liquidity and increase in trading costs which will, in turn, drive higher financing costs and lower investment returns.

The more significant concern is the ability of financial markets to absorb stress. The absence of trading liquidity may not cause the next financial crisis but it will increase volatility and accentuate losses. The inability of dealers to expand their balance sheets to buy cheap assets and warehouse them will, at a minimum, exaggerate price fluctuations. If the shocks are big, then markets may become disorderly or cease to function.

The Bank of International Settlements has warned that markets are increasingly fragile and recommended that participants and authorities should work to correct the illusion of liquidity. But there are few signs that participants have heeded the warnings.

The problems of trading liquidity fundamentally highlight the distorting effects of intervention in market mechanisms. Official policies in the aftermath of the financial crisis have forced excessive risk-taking in search of returns to prevent erosion of the purchasing power of savings. At the same time, regulation changes have reduced trading liquidity. Over time, the process feeds on itself, with investors becoming increasingly exposed to ever more risky financial assets that will become illiquid in a crisis, thus triggering a major collapse in prices.

The process is difficult to reverse. Withdrawal of liquidity would precipitate the problems. Yet, the more money central banks add to the markets and the longer they take to withdraw their support, the greater the distortion to normal market functioning and the larger the risk.

Ashley Alder, chief executive officer of Hong Kong’s Securities and Futures Commission, summarised the problem neatly: “If you react to that by piling more intervention on intervention, you encourage more untoward risk taking and you end up with even greater amount of mispriced risk. You end up with a never-ending cycle that is harder and harder to get out of.”

(This story appears in the 04 September, 2015 issue of Forbes India. You can buy our tablet version from Magzter.com. To visit our Archives, click here.)