The Global Downturn has Led to a New Economic Nationalism

The global financial crisis has heralded moves to reduce globalisation and greater integration. Growth in trade and cross-border investment, which has underpinned prosperity and development, is being reversed 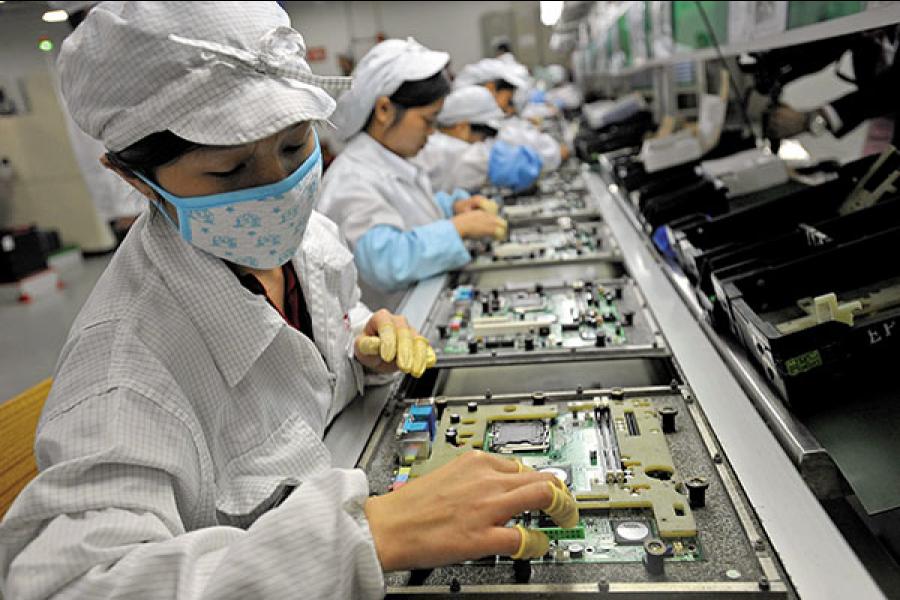 Image: Getty Images
Workers at Foxconn’s factory making Apple products in Shenzhen, China. Most of the profits from Apple’s iPhones are captured by non-Chinese firms

Globalisation reached its zenith in the late 20th century and the early years of the 21st. This rise of international trade and free movement of capital facilitated a period of unprecedented growth and prosperity.

But as English statesman Lord Palmerston noted: “Nations have no permanent friends or allies, they only have permanent interests.”

In the aftermath of the global financial crisis, these interests dictate the reversal of the trend to greater global integration and a return to economic nationalism.

The post World War II period saw a remarkable expansion in global trade and capital flows. The collapse of the Berlin Wall and the reintegration of China, Russia and Eastern European countries into the world economy provided impetus for globalisation.

Consumption and production were unbundled, expanding over time into the division of manufacture itself. As each stage of production was undertaken in the most efficient location, businesses and nations rapidly embraced a transnational system of production. Deregulation allowed the globalisation of capital.

In a virtuous cycle, globalisation both created and relied on strong economic growth. Enlightened self-interest underpinned the system, as long as it delivered prosperity for most nations. For many nations, following the global financial crisis, the advantages of greater economic and monetary integration are now less obvious.

Less Gain, More Pain
Economic growth overall has slowed and is likely to be tepid for an extended period. For many nations, the reduced direct benefits of global trade and capital dictate a withdrawal to more closed economies. By closing their economies and focusing domestically, nations believe that they can capture a greater share of available growth and deliver greater prosperity for their citizens.

The crisis also highlighted the composition of income and wealth which underlay globalisation. In manufacturing, profits in the value chain require control of essential intellectual property rather than production. The majority of profits from Apple’s iPhones, made in and recorded as part of China’s exports, comes from high-tech components, intellectual property and branding which are captured by non-Chinese firms.

When growth rates were high, the unbalanced distribution of the benefits of globalisation was tolerated, albeit grudgingly. But lower growth rates and decreased benefits may lead nations to seek to maximise their own position at the expense of others, reducing the degree of engagement in a global economic system.

In an economically integrated world, supply chains for goods and vital commodities are international rather than national. This makes them sensitive to changes in cost structures, currency values and transportation costs.

International supply chains are also vulnerable to disruption from climatic or environmental factors. The Japanese tsunami and Thai floods of 2011 highlighted the vulnerability of supply chains, when shortages of minor but essential components halted production elsewhere. These disasters also highlighted the threat to secure access to essential resources such as oil, water and food.

There is now increased recognition that specialisation leaves national and regional economies vulnerable to competitive pressure from other nations or localities or dislocations in supply chains.

These factors may also drive a reversal of globalisation and a shift to more closed economies.

Plugging Leaks
Economic and political sovereignty is undermined by globalisation. The financial crisis revealed that integration reduces the effectiveness of a nation’s economic policies, unless other nations take co-ordinated action. Governments reacted to the global financial crisis by initiating large government spending programmes to support the economy.

In many cases, there was significant financial leakage, with spending boosting imports rather than promoting domestic demand, employment, income and investment.

Changes in tax policy can be rendered ineffective if other countries do not follow suit. The problems are greater for global issues requiring international co-ordination, such as climate change and better management of scarce non-renewable resources. International agreements on global issues which require self-sacrifice on the part of nations become difficult.

Having closed economies is a natural way to deal with these pressures, reasserting sovereign control. As one nation adopts such policies, it compels other countries to pursue similar strategies to protect their own interests. 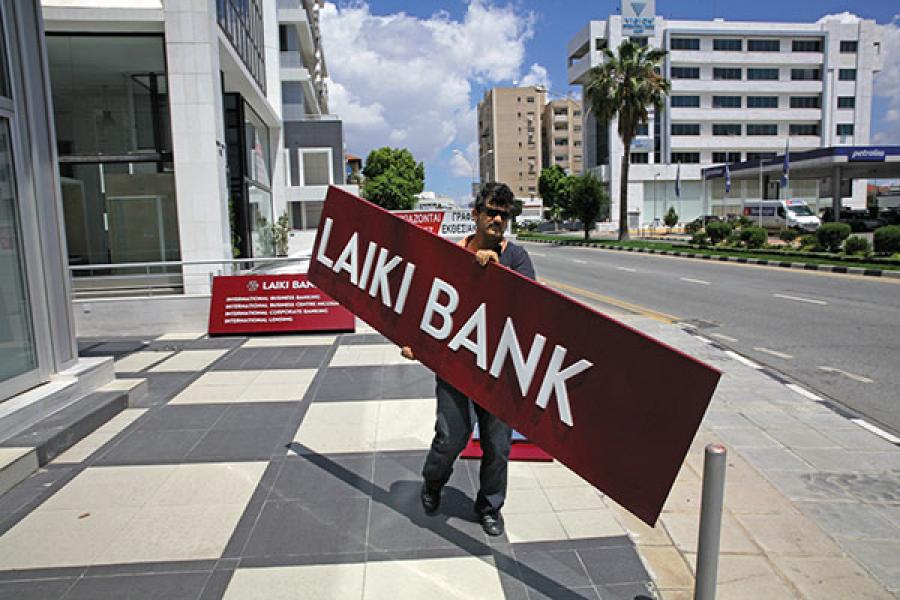 Image: Getty Images
A worker takes down the sign of a bank’s failed branch in the Cypriot capital Nicos. With high levels of debt, the Cyprus government has put controls on capital flight
Various breakdowns—restrictions on trade, currency manipulation, capital controls and predatory regulations—now signal the retrenchment of globalisation and return to autarky.

Despite oft-repeated statements at G-20 meetings about the importance of free trade and avoiding the mistakes of the 1930s, trade restrictions are increasing. The motivation is protection of national industries, iconic businesses, employment, incomes and competitive advantage.

But such actions invite destructive retaliation in the form of tit-for-tat currency wars.
In February 2013, Chile’s Finance Minister, writing in the Financial Times, warned that “by seeking relief at the expense of other economies, [quantitative easing] is, in its essence, a globally counterproductive policy”. The process is also ultimately self-defeating, as not every country can have the cheapest currency.

Monetary Borders
Free movement of capital has become increasingly restricted. Since 2008, the growth in cross border capital flows has slowed with global financial assets increasing by just 1.9 percent annually, well below the 7.9 percent average growth from 1990 to 2007.

Governments have resorted to financial repression, a process designed to channel funds to governments to help liquidate otherwise unsustainable debts or prop up financial institutions and economic activity.

Nations with high levels of government debt that face financing difficulties seek to limit capital outflows. These would prevent depositors and investors withdrawing funds to avoid potential losses from sovereign defaults or in Europe a breakdown in the common currency and redenomination of investments into a domestic currency. In Cyprus, explicit capital controls designed to prevent capital flight were implemented.

Currency volatility also affects economic development in other ways. Devaluation of the US dollar drives up the price of commodities, such as food and energy which are denominated in the American currency. In poorer countries, where spending on food and energy, including everyday essentials like cooking oil, is a high proportion of income, this causes hardship.
Higher commodity prices in combination with large flows of capital create inflationary pressures in many countries which force authorities to increase interest rates that slow economic growth. These developments threaten to reverse progress in reducing poverty.

Nations are increasingly using regulatory initiatives to gain advantage. Under the guise of regulations needed to strengthen the financial system, the US has implemented measures whose extra-territorial application may give American banks a business advantage.

All of these steps impede free movement of capital, one of the hallmarks of globalisation.

Drift to Closed Economies
Evidence of the end of globalisation and greater integration is mounting. Growth in trade and cross border investment, which has underpinned prosperity and development, is being reversed.

Despite the economic benefits of global trade, a retreat to autarky and pursuance of policies that favour closed economies is now a serious possibility with far-reaching consequences. It seems that Robert Frost was correct when he observed that “good fences make good neighbours”.