The tweaks and changes make it as exciting as an all-new car. It makes its presence felt without trying too hard 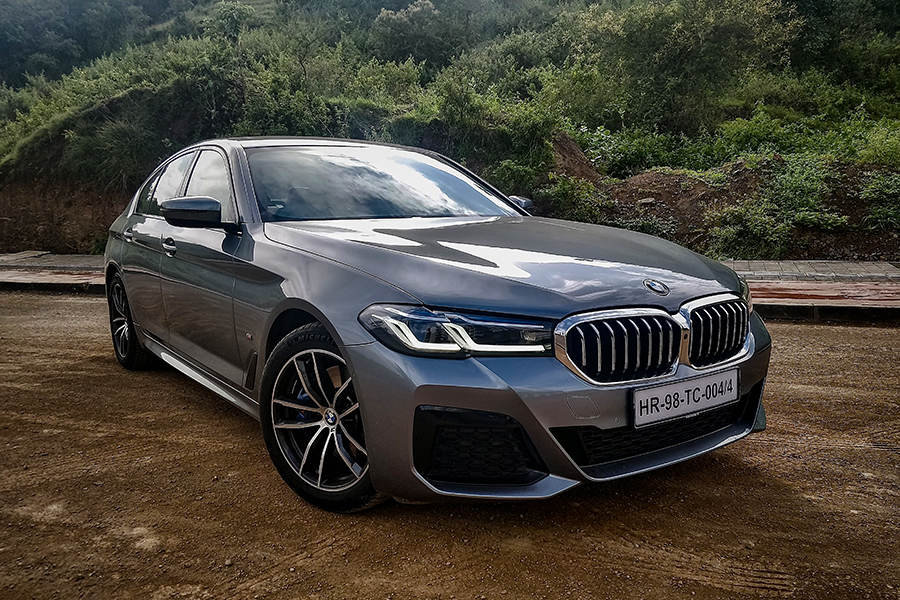 The case for a subtle overhaul is often one that’s greeted with caution. As automotive journalists, more often than not, it’s a lot more fun to chew into something that’s been made ground-up rather than an evolutionary tweak here and there. So is that the case with the updated BMW 5 Series?

Yes, and no. Yes, it is an evolution of the G30 5 Series that landed nearly half a decade ago, so it’s not all-new, per se. But where the plot gets a little more interesting is in pondering whether BMW has dug itself a hole by bringing in the long wheelbase 3GT (the Gran Limousine as it calls it), and the refreshed 6GT. You see, the 3 Gran Limo and the 6GT make the decision to consider a 5 Series all the more difficult. Need a sporty, dynamic 3 with extra legroom? Well, usually that would be the 5 Series, but with the Gran Limo, the decision isn’t so clear cut anymore. And the 6GT is an out-and-out luxury grand tourer, as its name suggests. So what really is the point of the 5 Series anymore, right?

Well, hold on there. It’s not quite as simple as that. For a start, and this is a mix of personal as well as widely perceived consensus: The proportions for the new 5 are spot on. With the new headlamps, grille and that chiselled bumper, it is an absolute stunner in the flesh. I also love the way the car slightly tips forward, and it just always looks like it’s raring to go. Where doesn’t seem to matter; it just is. Somewhat like an impatient Schnauzer.

BMW’s also given the new 5 a lovely pair of running shoes, seen here as 18-inchers that honestly suit the car to a T. It’s just an extremely enviable look it’s got going. It makes its presence felt without trying too hard, and that’s quite hard to achieve, quite frankly. 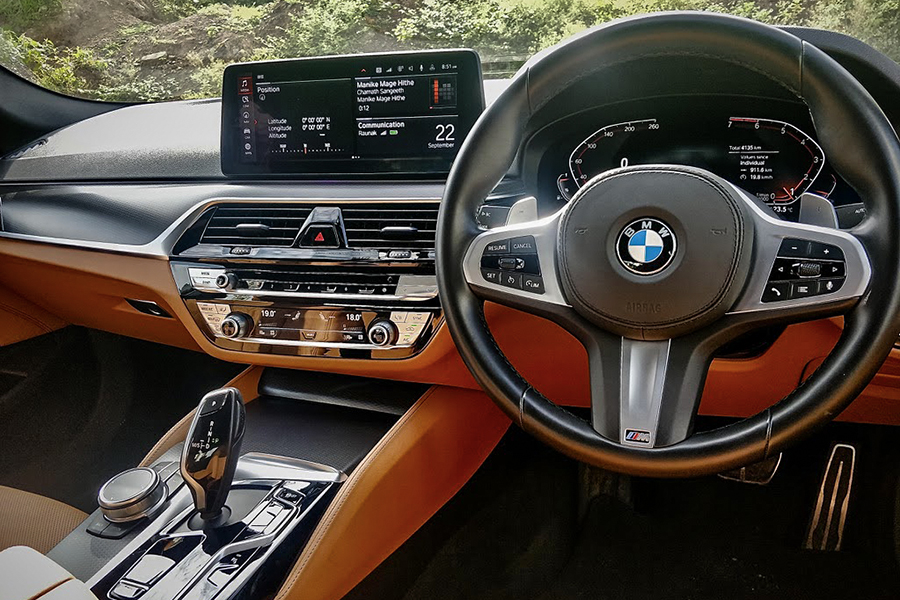 12.3-inch touchscreen for the infotainment which, if I may say so, is absolutely perfect

It’s the same on the inside. Not a lot has been changed here over the previous spec, but it all comes together so well. There’s a subtle tone of maturity and restraint in here that caters very well to the audience BMW is aiming for. The biggest difference that you’re bound to notice is the massive 12.3-inch touchscreen for the infotainment which, if I may say so, is absolutely perfect. The interface is fluid, easy to use, and an absolute treat for the eyes. You can access pretty much everything from here, be it your media, navigation, car’s vitals, and various other apps. It now even gets wireless Android Auto and Apple CarPlay, which is always a bonus in this tech-bubble we seem to be living in.

Speaking of which, you’ll be pampered silly with stuff like a digital assistant, a 360-degree parking camera, remote parking feature that lets you move the 5 via the key fob while you’re outside the car. The said fob will also give you stats such as the fuel level, remote start and it’ll even help you pre-cool the car so that you can get into a chilly cabin.

What I absolutely loved, though, was the fact that BMW has done a few improvements to the overall comfort of the seats, especially at the front. They’re as big and supportive as earlier, but they’ve now got lumbar support adjustment, too, which is a crucial bit for longer journeys. There’s even a pull-out thigh support extension that comes in very handy. Granted, these are small additions, but they make a big impact once you consider the bigger picture. 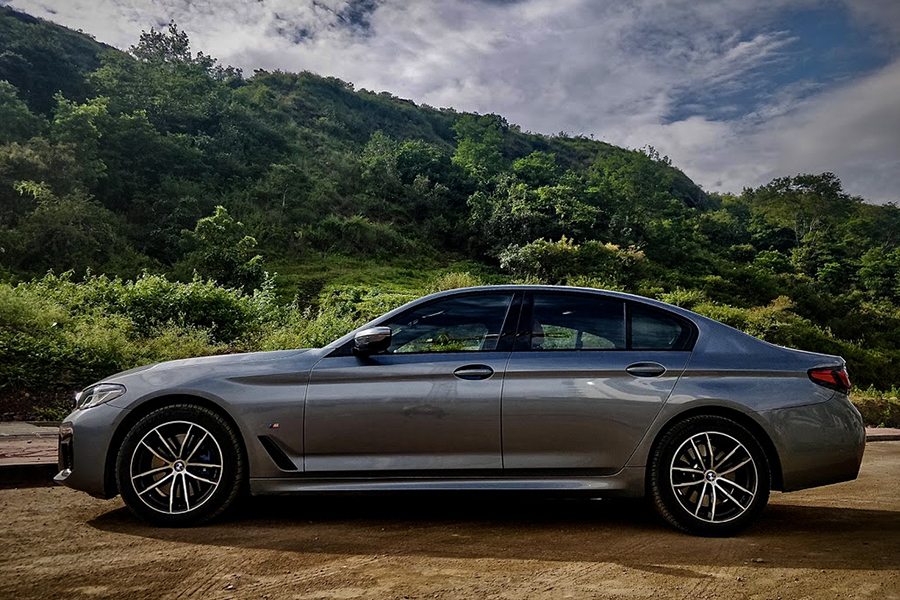 As for the rear, well, legroom is more than enough, while the seats do make life on the move rather comfortable. The only place I could have asked for more is in terms of the ability to recline my seat—it’s a big deal if all you want to do is kick back and relax at the end of a long day.

That’s not all that matters, however, when it comes to being driven home in comfort. So how does the 5 ride? Those big 18-inch wheels certainly can’t make it too pleasant, right? Wrong. Somehow, BMW has managed an impeccable balance between how it rides at slow speeds and how it handles itself when you chuck it through a series of corners hard. But more on the latter a bit later.

As I goaded my driver for the day to push the car harder through bumps and potholes while I sat at the back, I braced myself for the worst. Turns out, I shouldn’t have. It takes imperfections on the road with such ease, it’s scary. And when the bumps get really bad, you’ll hear them more than actually feel them. This is applicable at low and cruising speeds, and BMW seriously needs to be commended for this. A big thanks needs to go to the adaptive dampers for this. 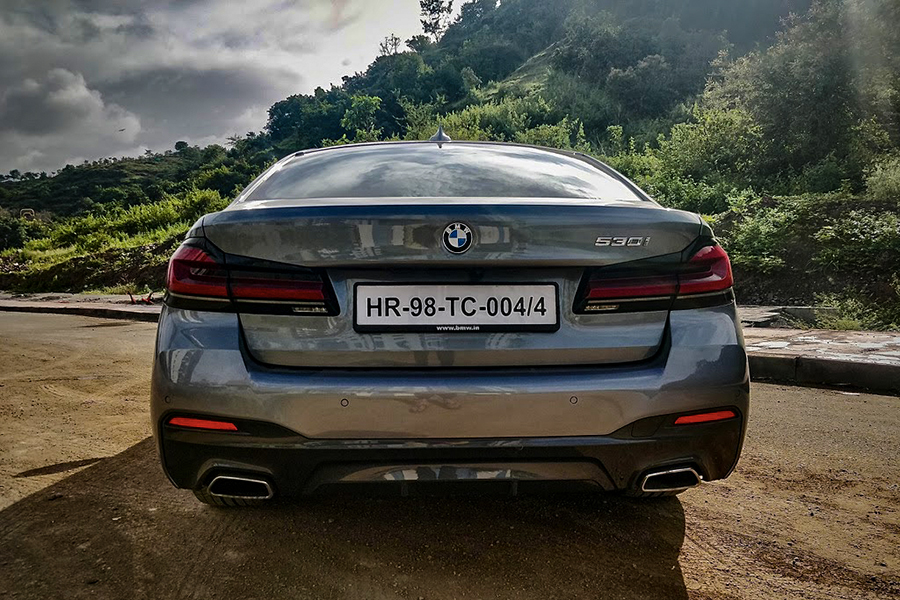 And as the speeds build, there’s no trade-off with regards to the handling, either. The 5 is planted through corners and an absolute joy to push hard. Well, alright, you wouldn’t really be pushing a plush, luxury sedan like this hard anyway, but it’s nice to know that it has your back and will be more than capable if you felt like it, right? Since we’re on the subject, the car you see here is the 530i, which means a 2.0-litre petrol making 252 hp and 350 Nm. They’re more than adequate figures for a car of this size and weight, but I wouldn’t go so far as to say that it’s a sleeper. Sure, it’s quick, and sure it can handle itself with aplomb when you do push it, but it somehow just feels wrong doing it. The 5 Series is all about maintaining a certain equilibrium while driving. It’s meant to get you to point B in the most relaxing, unfussed manner possible, and that it does with charm.

So like I said earlier, how does the 5 settle down between the 3 Series Gran Limo and the 6GT? The answer is: Quite easily. While both the cars either side of the 5 cater to an audience that it wasn’t intended for originally, the 5 Series knows exactly who it’s targeting. It’s targeted brilliance, this machine. And with the updates it has brought forth this time around, it’s just gotten to be an even sweeter deal. I can honestly say, hand on heart, that this update got me as excited as an all-new car. Don’t find myself saying that too often. Good on you, BMW.

Tweets by @forbesindia
How to manage your 15 GB of free Google storage
Startup Fridays Ep 28: As a founder, embrace the liberating power of truth, and don't be too hard on yourself - Jahangir Mohammed