Outside the box: Rajat Kapoor

Actor Rajat Kapoor talks about surviving outside the mainstream 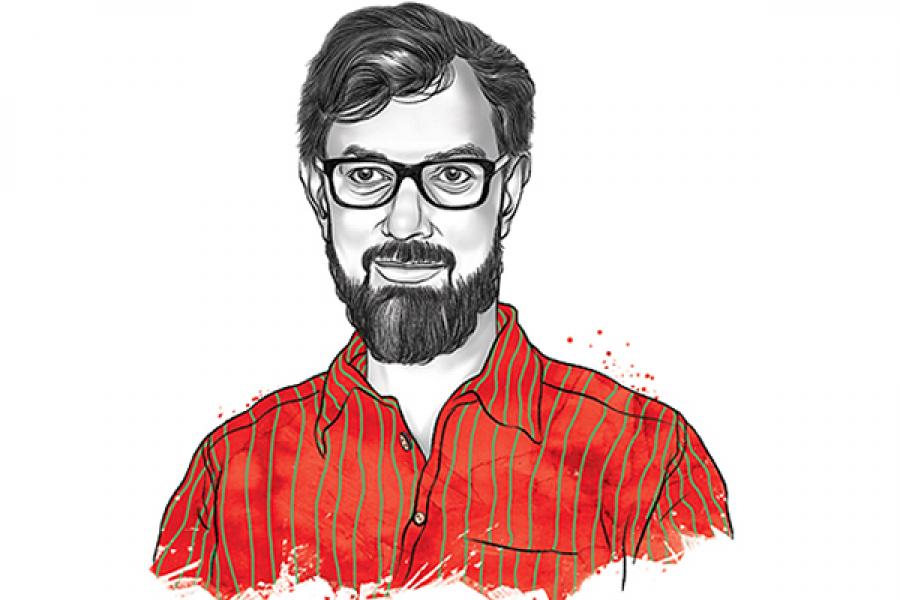 In his long-standing affair with the movies, Rajat Kapoor has been a prolific actor, made six feature films and has striven to give voice to an alternative cinematic aesthetic. Kapoor tells ForbesLife India how he overcame challenges and succeeded outside the mainstream.

1. Keep the dream in sight
When I first came to Mumbai in 1988 after studying at the Film and Television Institute of India, I assisted Kumar Shahani and Mani Kaul for three years. My dream was to make films. But how do you make your first one? It is still an impossible question to answer, but it was even more unfathomable then, given the kind of films I wanted to make. Back then, even if you could make a film like Ankhon Dekhi (2014), you couldn’t release it. There were no producers who would take it. So I kept writing and whenever I got a chance to make a short film, I’d make it.

2. Don’t watch the clock
Filmmaking is what I wanted to do from an early age. And when you’re making a film, one or two years just go away. How much time does acting take? You spend 30 days and you’re done. To me, acting is easy. Filmmaking takes my time and effort. Consider that I made my first film in 1995, called Private Detective: Two Plus Two Plus One, but we couldn’t finish it because the producers vanished. I didn’t make a film for the next eight years, after which I made Raghu Romeo [which won the National Award for Best Feature Film Hindi].

3. Innovate with funding
I put in all the money that I had earned from acting and borrowed money to make Raghu Romeo, which was probably the first crowd-funded film in the country. I was desperate. So I sent an email to my friends asking for funds and they shared it.

4. Find kindred spirits
There are so many people who crave good work. The mainstream doesn’t allow for different work, whether you’re an actor, a cameraman or a technician. Take actor Sanjay Mishra, for example [who has worked with Kapoor in several films]. He’s been around for 20 years, makes a lot of money and never stops working. Yet, an actor like him craves a meaty part, like his roles in Masaan (2015) and Ankhon Dekhi. And there are hundreds like him.

5. Differentiate (though it’s getting tougher)
After Bheja Fry (2007), because people started thinking that the low-budget, high-returns formula would work, there was a glut of small films. Today, the small film market is commercialised. When someone comes out with a film like Masaan, it has to compete with scores of these [commercial small] films. We’re not fighting against a Bahubali or Bajrangi Bhaijaan—our challenge is to differentiate our films from the crowd.

In this series, we talk to entreprenuers and celebrities, artists and musicians, about what they need to be who they are

Tweets by @forbes_india
Various versions of English, nay, Inglish
Being a pastry chef: Because it's worth it