Veteran adman R Balki on his 30 years in advertising, some of his favourite campaigns and starting a new chapter 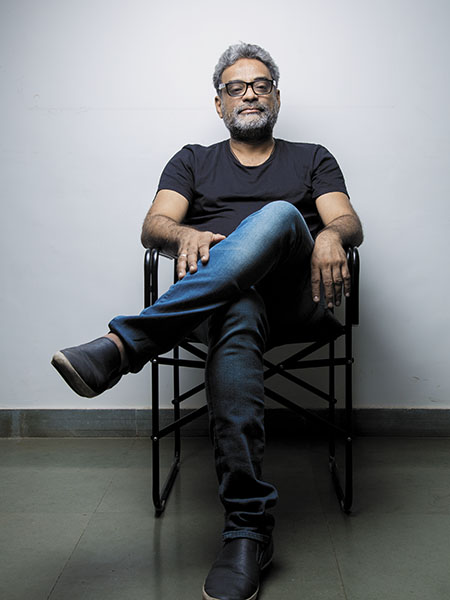 Though R Balki stepped down as group chairman of MullenLowe Lintas after 22 years to focus on filmmaking, he says he will always be an advertising person first
Image: Joshua Navalkar
As you make your way through Rajagopalan Balakrishnan aka R Balki’s Hope Productions office in suburban Khar, Mumbai, you realise that the walls of the corridor leading up to his cabin are lined with photographs that are representative of the two hats he has successfully donned in life—there are pictures of him with teammates at MullenLowe Lintas Group, and those with actors on film sets along with movie stills. However, in August, after almost 22 years, Balki, 52, quit the advertising firm, of which he was group chairman, to focus on filmmaking.

Has life changed after Lowe, we ask, a place he fondly refers to as his “playground” and one that he credits as the reason for his “existence, growth and confidence”? “Nothing. It’s the same chaos, just with a different set of people. The only person I miss is my secretary at Lowe,” he says, with a laugh. Though he mostly worked out of his office at Hope Productions, it was his secretary at Lowe who organised everything for him. On a serious note, he adds that there are more phone calls now. “Filmmaking requires you to talk to so many more people because the team is much bigger. Meetings, phone calls, meeting actors in the middle of the night and then scripting,” he says. He is, however, quick to point out, “I will always be an advertising person first, for sure, and it will always be what I love the most because you then think from an idea point of view.”

It is advertising, says the veteran adman, that made him realise the importance of an idea, the germ on the basis of which you develop things, be it a 30-second spot or a two-hour film. He recalls, for instance, how he was sitting in Moshe’s cafe in Juhu in 2007 with creative director Amer Jaleel, brainstorming about the communication strategy for Tata Tea. What could the ad be about? As they sat there drinking coffee, they knew that familiar characteristics like aroma, special tea leaves and great flavour were already much-discussed and didn’t seem effective enough. It then struck Balki that the thing about Tata Tea is not the tea, it is ‘Tata’. “If you drink other teas to wake up in the morning, Tata Tea goes one step further and awakens people,” he says. And that’s how the words ‘Jaago re’ were penned for the brand. “Politicians are bigger than CEOs in the country, but have lesser qualifications. They ask you for your vote, but you never ask them for their bio-data. The whole awakening concept happened from there,” he says.

The idea has been the main driving force, all through his career, spanning 30 years, right from the time he more or less stumbled into advertising when he landed up at Mudra (now known as DDB Mudra) as an intern. In fact, he says he had wanted to be a filmmaker, but developed a passion for advertising at Mudra.

“Whether it is an ad or a film, it all depends on the idea. It is just the medium and length which is different,” says Balki, who has also written and directed films such as Cheeni Kum (2007), Paa (2009) and Ki & Ka (2016), and is currently writing a script for a film he is working on with actor Akshay Kumar.

One of his favourite campaigns, he recalls, is the first ad of Daag Achche Hain for Surf Excel which shows a brother consoling his little sister, who falls into a puddle of dirty water, by himself diving into the puddle and then hitting it. “Arun [Iyer; CCO, Lowe Lintas] and I were discussing the ad and we felt that like in Sadma, when Sridevi is crying because she got hurt and Kamal Haasan makes her laugh by making faces like a monkey… similarly, when a child falls and cries and the mother starts rubbing the wound, the child cries more. But if the mother starts bashing the table that has hurt the child, the child starts laughing. So we’ll let the boy [in our ad] bash the puddle.”

He was also clear that for a brand like telecom operator Idea, you needed to show a big problem in the lives of people for which Idea came through as a cheeky solution. “What if you take something like the caste system,” he had suggested randomly during a team brainstorming session. And it clicked. “It was one of those scripts which was written as we were talking,” he says. A series of Idea ads were launched, which presented simple solutions to social issues ranging from the caste system to education and from politicians to specially-abled people.

It was a series that stood out and was successful, so much so that suddenly the cause became bigger than the brand. Balki immediately decided to change the communication strategy to a more light-hearted series, with jingles like ‘Honey Bunny’, ‘Walk When You Talk’ and ‘No Ullu Banana’. “I said I think we should stop this because the cause cannot get bigger than the brand. It is noble to talk about all these causes, but finally it has to sell the brand,” says Balki. 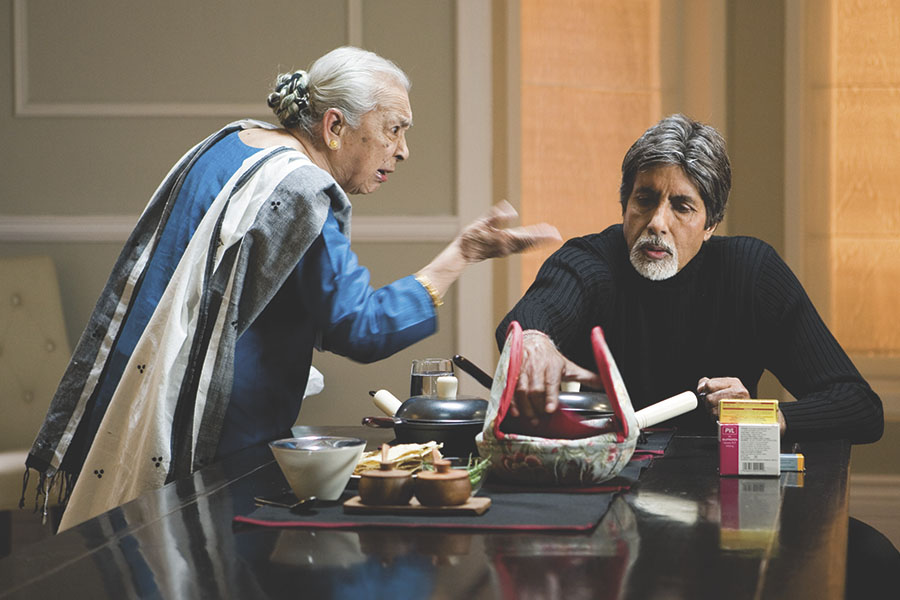 Among other films, R Balki has also written and directed Cheeni Kum

It’s precisely what he finds problematic in modern-day advertising which, he feels, is not short of talent, but short on focus. “By that, I mean there is too much confusion about what exactly is working with consumers.” Take advertising through online branded content, for instance. “I feel that this content game and talk of digital is being created by people who don’t know the power of the idea of a brand,” he says, adding that a great ad is not one where people say, ‘What great acting’; it is one that has brand recall, that solves a problem for a brand. “You cannot fight content because you are fighting the wrong battle and will never win it. A brand is never going to be able to create the kind of content like Game of Thrones or Narcos. If you have created a fantastic web series, they [audience] will love the episode and not even notice your brand. So how is that an idea for the brand?”

Ideas, for Balki, can come from anywhere. Once, he recalls, he was walking down the corridor at Lowe and saw a planner standing there and thinking with his hands extended as if he was riding a bike. When Balki asked him what he was doing, he said it helped him think better. Balki, who was thinking about an ad for Bajaj Avenger then, was struck by the inspiration. “I went into the room and wrote, ‘Feel like God’,” says Balki nonchalantly, underplaying the cult status the ad—which shows a biker forgiving people who have wronged him—went on to achieve.

Sometimes, the ideas are also ahead of their time. But they stay and make their way into the world when the time is right. For instance, the work done for Titan’s jewellery brand Tanishq, which approaches jewellery as a combination of the traditional and the new. “Tanishq made jewellery, but it always had newer designs, like a twist in tradition. So we needed a slight amount of modernity in the same setting,” he says. The most memorable one was an ad challenging social norms by showing a dusky bride getting remarried in the presence of her young daughter. The ad was actually conceptualised by Balki 11 years ago, when Tanishq was just a four-year-old brand. But the then MD of Titan, Xerxes Desai, felt it was too ‘forward’. In 2012, at a weekend party, Joseph George, group CEO, MullenLowe Lintas Group, India, mentioned the remarriage idea while talking to CK Venkataraman, CEO–Jewellery, Titan. “Venky loved it and called me immediately to say that I should make that ad now,” says Balki with a smile.

As diverse as his ads are, his dress code seems to be almost monotonous in contrast—a black T-shirt and blue jeans. “Oh, I started wearing these when I figured out I have put on a little weight and I found out that black is what makes me look thin. I go exactly like this for formal events also,” he says.

His phone has been ringing for a while as he has to get into his next meeting. Not only is he caught up with marketing work for wife Gauri Shinde’s Dear Zindagi (Hope Productions is co-producer of the movie which released on November 25), he is simultaneously working on the pre-production of his next film with Akshay Kumar which will go on the floors in January. “It is one of those tedha films,” he says. Will Amitabh Bachchan, who has been a part of all his films till now, feature in it again? “One hundred percent!”

Tweets by @forbesindia
The 'glocal' rush in India cinema
Buy now, pay later: Klarna promises to be an alternative to your credit card