Advertisers wake up to life beyond cricket

While cricket garnered the lion's share of ad spends in 2015, other games are fast catching up, says an ESP properties-SportzPower report 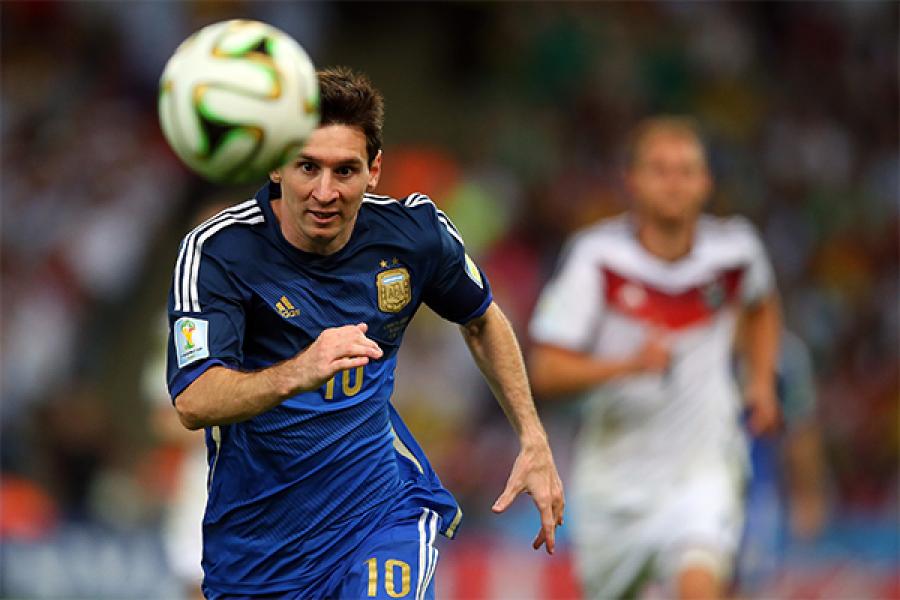 Image: {Shutterstock}
The biggest endorsement deal of 2015 was delivered by Tata Motors, which signed its first brand ambassador in global football superstar Lionel Messi onto a two-year deal at Rs. 600 Mn per year

As the appetite for non-cricket games grows in India, they are also garnering a greater share of advertising spends, according to a joint report released by ESP properties—the Entertainment and Sports arm of GroupM—and SportzPower, a provider of sports business news.

While cricket still rakes in a major share of ad spends, other games were the biggest growth drivers in 2015, states the third edition of the report titled ‘Sporting Nation in the Making’.

Overall, sports sponsorships grew 12.3 percent in 2015 to Rs 5,185.4 crore in India, accounting for 10.4 percent of the total advertising expenditure in the country in 2015, as reported by GroupM.

“There is definitely a cultivated sense of understanding between corporate sponsors, sports teams and federations. A symbiotic marketing relationship has emerged within the sporting ecosystem in India,” says Vinit Karnik, business head, ESP Properties.

The report notes that there has been a definitive change in the landscape of Indian sports with the launch of non-cricket leagues like the Pro Wrestling League (IWL), Pro Kabaddi League (PKL) and the Indian Soccer League (ISL). With growing interest in sports like football, tennis and running, brands too are ready to put their money where the mouth is. Mobile handsets, real estate, FMCG, ecommerce and financial services companies were among the top advertisers across sports leagues.

Ground sponsorship for cricket—in a year when IPL was the only big bang cricketing event—grew 30 percent to Rs 1,030.5 crore from Rs 794.8 crore last year. Also, despite being embroiled in controversies, IPL’s viewership and sponsorship remained unaffected. It grew 13.9 percent in 2015 to contribute Rs 529.5 crore.

On the non-cricket sports front, PKL’s revenue rose to Rs 48 crore, a year-on-year growth of 300 percent. Also, Distance Running witnessed a growth of 53.5 percent from a year ago and the PWL and Hockey India League, along with other sports, closed the year with revenues of Rs 223 crore.

In Team Sponsorship & Franchise Fees, cricket saw a marginal 1.9 percent drop in revenues to Rs 341.2 crore in 2015 from Rs 347.8 crore in 2014, owing to less number of matches played by the Indian team. On the other hand, 2015 also saw an increase of 48.8 percent in Team Sponsorship & Franchise Fees for non-cricket sports, driving the market (despite the drop in cricket) up by 13 percent to Rs 217 crore. Football registered a 67 percent year-on-year increase, to close at Rs 60.3 crore.

On the endorsements front, the biggest deal of 2015 was delivered by Tata Motors, which signed up Argentina’s football star Lionel Messi as its first brand ambassador in a two-year deal worth Rs 60 crore a year. Interestingly, while MS Dhoni, Sachin Tendulkar and Virat Kohli topped the endorsement pyramid (Rs 100 crore endorsement club), female sporting stars like Saina Nehwal, Sania Mirza and MC Mary Kom too made a mark and contributed 40 percent of the endorsements pulled in by non-cricket sports.

“We expect 2016 to be a good year for cricket as well as other sports, generating ad spends and clocking in corporate investments at an exponential pace,” says  Thomas Abraham, co-founder, SportzPower. Mobile & Social Media will also contribute towards growth in sports sponsorships, the report notes.

The ultimate winner however will be the Indian sports fan, as the market will cater to their need for consumption in both mass and niche sporting action.

Tweets by @forbes_india
A Johnston & Murphy shoe collection: Centuries-old yet contemporary
The value-led approach is tough but essential