The vice president and managing director of Facebook India on IT rules, traceability, Nick Clegg's view on it in the Indian context and the growth of short-form video formats 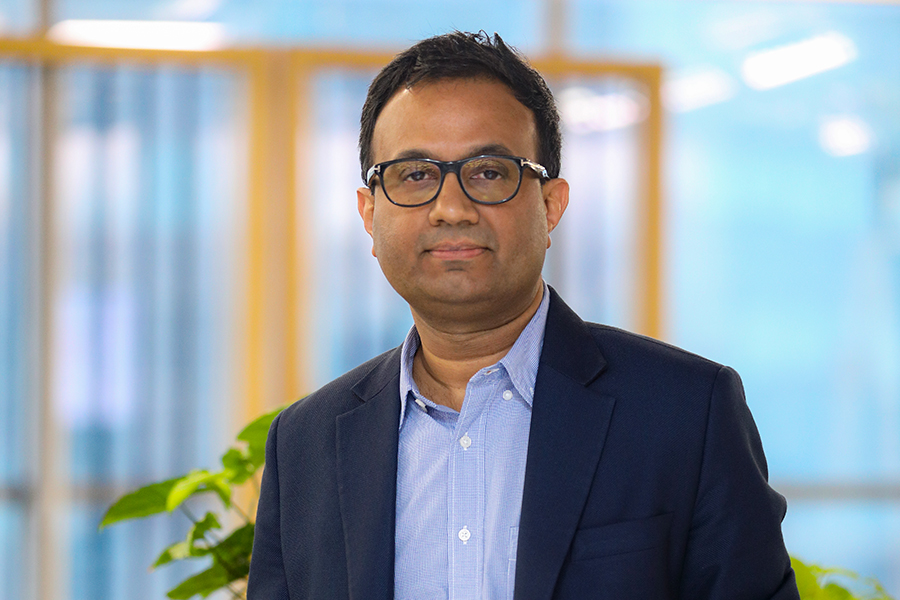 Social media platform Instagram started off as a photo-sharing platform and is now a lot more than that, supporting long-form videos via IGTV, Live Rooms and short-video formats via Instagram Reels. While there are enough and more players in the global market, Ajit Mohan, vice president and managing director of Facebook India is confident there is room for expansion, since there is "a lot of excitement and energy for short videos”. Currently, there are 6 million Instagram Reels being produced every day in India alone. Facebook, which owns Instagram and messaging service WhatsApp, has been in the news with regard to India's new IT rules. In an Instagram Live conversation, Mohan spoke to Forbes India about his take on the IT rules, traceability, and the explosive growth of short-form videos. Edited excerpts:On the new IT rules:

We do recognise that there is a trade-off between free speech and safety. A lot of the IT rules are about creating a safer environment online. This is an agenda that we are aligned with 100 percent. A lot of our product changes, community guidelines and policies have been consistent with that as well. I have also said that our objective is to comply with these new [IT] rules, and we have said that we respect local laws.On Facebook's vice president of global affairs Nick Clegg’s criticism of the IT rules: Nick and I are on the same page. He was specifically talking about traceability on WhatsApp. In fact, for the last three years he has advocated for regulations. So, essentially we're all saying the same thing, including on fairly complex issues like privacy, competition and data rights. Even a couple of weeks ago, Nick said that he sees three big poles—US, Europe and India—on who will set the agenda for global internet. Hence, the conversation in India is important for the global conversation. So I do think we are all saying the same thing: There is need for regulation, need for greater clarity on these rules and India has a huge role to play.It's important that we're able to have a global framework where democracies are aligned on what the regulations look like, because the way the internet works, not always do these neatly fit into geographical boundaries. But we're also clear that we are respectful of local laws in India.On Facebook moving Delhi High Court against the traceability clause in the IT rules: The one place where there is a disagreement, and we have filed a petition in the Delhi HC, is on traceability. We have asked for clarification from the court because we believe traceability will undermine end-to-end encryption and make it difficult for us to keep our promises to users. So Nick's comment was on traceability in particular, and we're hoping to get clarity on the same.On preventing online abuse: Whether it is Facebook or Instagram, our focus is on safety, and creating healthy conversations. The reality is that with the kind of engagement we see on our platforms--there is a large number of people engaging with friends and family, or people engaging with communities they are interested in--we know from data that there's only a minority that tends to be negative and hateful in some form or the other. But it's our responsibility to try and limit even that.We have community guidelines that are transparent about the kind of content we allow on our platforms, and every day, through our AI systems and human reviewers, we take out a lot of content, a lot of it even before anyone sees them. We have invested in products and people to build safety and security systems. We constantly experiment with what we can do on the products, to give users more choice when it comes to safety. For instance, we are encouraging teens [under 18] to keep their accounts private, by giving them information on what these two different settings mean. Earlier this year, we launched a 'parents' guide', so that they can have conversations with their children on having a safe experience on Instagram.On short-form videos:Globally, the short-form video format space is intensely competitive; there is a lot of product innovation, a lot of capital going into companies that are trying to get it right. So, we tend to focus on what we can do right. A lot of people, especially younger folks, embrace short-form video formats.Our focus is on ensuring we have a format that appeals to creators, and helps build followership. A lot of our energy has gone not so much into what competitors are doing, but on how we can keep raising the bar on the product. In the last few months, we have introduced Remix on reels, which allows users to create Reels from an existing reel. we are now testing sharing of reels to Facebook.On Instagram Reels: We knew we were launching a format that was going to do well in India, and that's what has happened in the last year. It has happened in multiple ways: We have seen an entirely new generation of creators across the country embrace the format; we have seen creators use it in different ways; people are using it in episodic formats, with diversity of purposes and function; and we are also seeing a lot of music and original videos. In the last couple of years, Instagram has been on a fairly steep growth trajectory, way beyond metros and the larger cities, even before the launch of Reels. Reels has taken Instagram deep into India, be it geographically or in terms of languages.You can watch the full interview here: