Founders Harshil Mathur and Shashank Kumar plan to use the money to expand into Southeast Asia, and acquire cloud software companies in financial services 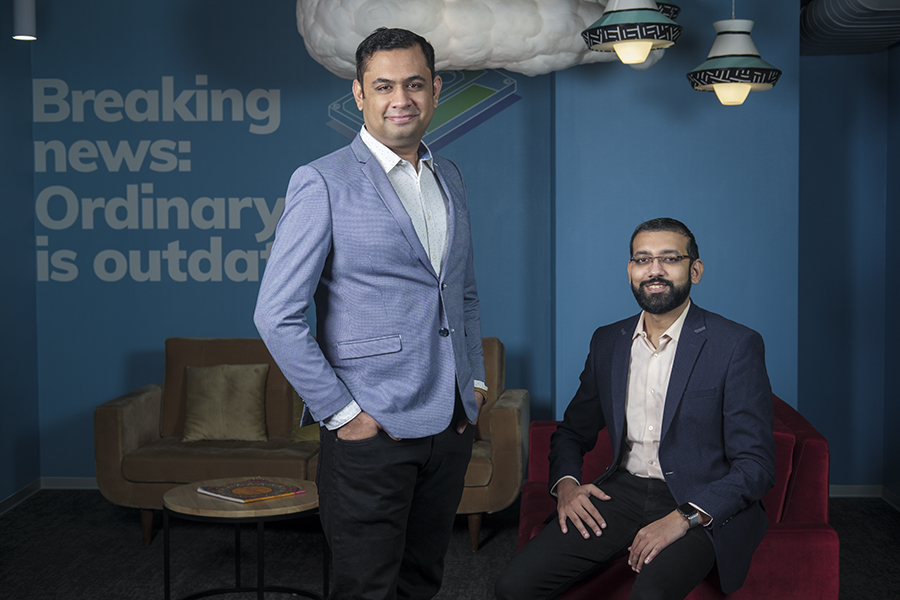 Indian fintech company, Razorpay has raised $160 million in fresh funding, in a deal that sees its valuation triple to $3 billion from just last October when it became a unicorn.

The new round, series-E of the Bengaluru-based startup, was led by existing investors Sequoia Capital and Singapore’s GIC. Other investors such as Matrix Partners and Ribbit Capital also participated in the round. Razorpay will use the money to expand into at least four Southeast Asian markets, and to make acquisitions of cloud software companies to grow its product portfolio.

“Razorpay has seen a lot of growth in the last one year, with the pandemic and growth in online payments, digital banking and lending. We want to double down on it and invest further,” co-founder and CEO Harshil Mathur tells Forbes India in an interview. “We are also looking at acquisition opportunities in the B2B software space, with companies that can complement Razorpay and serve our merchants better.”

On the online payments front, Razorpay has grown to become one of the largest companies in India, especially on internet-based payments, Mathur says. The business is not very far from breakeven either. This gives the company a chance to look at other markets where it can add large numbers of customers “with problems similar to what India had when we launched six years ago”, he says.

Among these markets are Indonesia, Malaysia, Philippines and Vietnam. Mathur aims to enter two of these markets in the current financial year. The goal is to cover most of the fast-growth regional markets in Southeast Asia, he says.

On the acquisitions front, Razorpay has already made a couple of them. It acquired Thirdwatch, a provider of AI-based fraud detection software for ecommerce businesses, and Opfin, a payroll automation software company in August and November of 2019 respectively. The payroll business has since grown ten-fold, Mathur says.

Razorpay will similarly look at targets in areas like tax payments, business reporting, financial accounting, treasury management and so on. “We are already talking to a few companies,” he says.

Razorpay Capital, the company’s lending business, is growing rapidly as well. Loan disbursals on its platforms from its partner banks and NBFCs have grown to over Rs700 crore per month now, from less than Rs300 crore six months ago. The neobank, RazorpayX, which offers a suite of software to make an increasing number of banking-related transactions digital, has over 15,000 merchants today. It has seen transaction volumes jump 400 percent in the last 12 months, according to a company press release.

Businesses like Cred, Mobile Premier League and Dunzo have turned to RazorpayX in the last few months, and are reaping the benefits of instant refunds and payouts to their customers and vendors, current accounts, real-time financial summaries enabling control and visibility of their finances, automated payroll payments, group health insurance and working capital loans, Razorpay said in its release.

â€‹Overall, in the last six months, Razorpay has seen 40-45 percent growth month-on-month. The company plans to achieve $50 billion in annual total payments volume this year. It is already at $40 billion, based on current volumes. Razorpay currently facilitates payments for over five million businesses including Facebook, Airtel, BookMyShow, Ola, Zomato, Swiggy, Cred and ICICI Prudential. It aims to double the number of customers this year.

With the new funding, Razorpay’s total funding is at $366.5 million. “Our goal is to become the single platform that a business needs to manage and move money. It’s still early days,” says Mathur.

Tweets by @forbesindia
Don't ever lose the joy of playing: Smriti Mandhana shares her mantra on 'Beyond the Boardroom'
How the tiny kingdom of Bhutan out-vaccinated most of the world