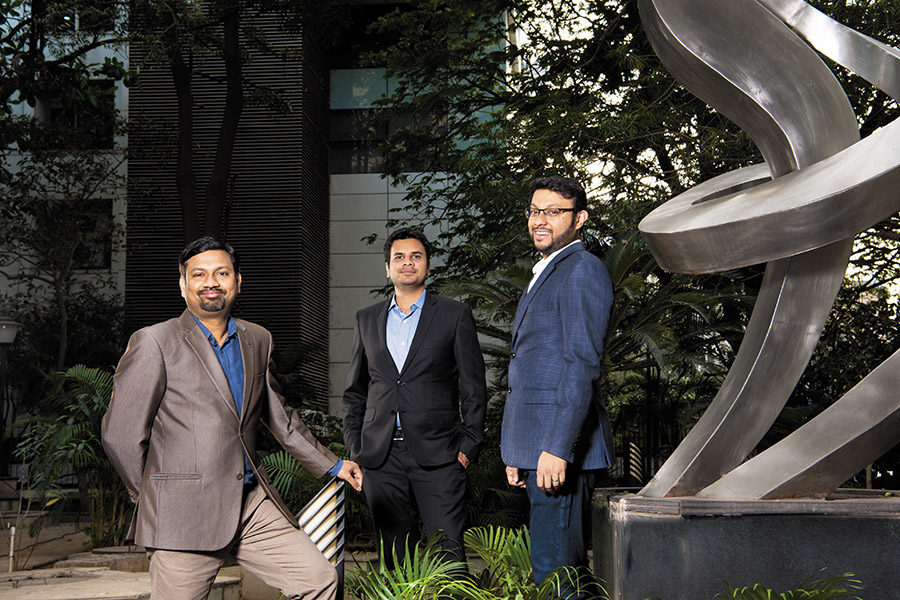 In the December quarter last year, Home Capital, a startup that assists home buyers access interest-free loans to fund a part of the down payment, was down with a bad cold. New buys had stagnated, so had Home Capital’s business.

This was, however, the least of co-founder and director Lalit Menghani’s worries. He knew that winter would make way for spring. But Menghani was also in talks with venture capital fund Astarc Ventures to raise capital. In his 12 years in the financial services industry, Menghani had witnessed some deals sour when business took a hit in the middle of a fundraise. Anything could have happened—Astarc walking away, delaying the investment, offering a lower valuation or writing a smaller cheque.

But that didn’t happen. Despite the slowdown, Astarc invested the promised sum at the promised valuation, on time. “From October to December, while the industry degrew, our volumes remained flat. But Astarc stayed put. The Astarc team is one of the most founder-friendly in the venture capital business. Once they become a believer of the business, they stay committed despite the regular business and market sentiment fluctuations,” says Menghani.

Srikrishna Valiyath, founder of artificial intelligence startup Norah.ai, agrees. Astarc first invested in the startup in late 2015, when it was a virtual reality venture called Abstentia. Things didn’t turn out as envisaged and, in late 2017, the team decided to focus on dynamic advertisements and creative content generation with artificial intelligence at the core. Astarc agreed, no questions asked. “Astarc understands the dynamics. That, in the initial stages of the product, it takes time to take off. Not necessarily every business projection will be met on time and there may be a couple of months’ delay,” says Valiyath.

Valiyath, like Menghani, has also benefitted from the fund’s connections. Had it not been for Astarc, Valiyath and his co-founders—Shubham Mishra and Vrushali Prasade, all graduates from Birla Institute of Technology—would not have met Somnath Chatterjee, a San Francisco-based technologist or Clifton Anderson, a globally renowned intellectual property (IP) lawyer. While Chatterjee advised the team on how to run a VR shop, Anderson hand-held them with filing patents.

Connecting fledgling startups with industry experts and advisors is not uncommon among venture capital firms. But, Astarc, says Valiyath, does this with a difference—they act with urgency. “With Astarc, the connects happen real quick. They will ensure that it is done on the same day, unlike many investors. These are small things but add a lot of value,” adds Valiyath.

Salil Musale, director at the fund, reacts to eulogies with humility. For the Mumbai-headquartered Astarc group scion being empathetic to an entrepreneur’s travails or having their back in trying times is as much part of an investor’s job as is identifying the next big thing. “The vision is to work with entrepreneurs and collaborate with them to help each other,” says Musale. The fund, which was set up in 2017 and is a family office of the Astarc Group with a reported net worth of $400 million, has so far invested about $10 million in 20-odd startups.

“ The Virgin deal gave us the ability to figure out how such investments work. Unless you jump in the water, you won’t learn how to swim.”
Rijul Jain, Investor at Astarc Ventures

In the fiercely-competitive world of venture capital, where even bulge bracket firms such as Sequoia Capital and Accel Partners, among others, are chasing early-stage deals with equal fervour, agility and a collegial approach have served Astarc well. Add to this the firm’s willingness to punch above its weight.

A case in point is Virgin Hyperloop One, the moonshot project backed by Shervin Pishevar’s Sherpa Capital, a fund with about $600 million in assets under management, and Richard Branson of the Virgin Group. Astarc Ventures is the only Indian investor in the firm. “We were very surprised ourselves that a deal like this had come. We were a small firm from India that was only two and a half years old and you look at SpaceX, Tesla or Hyperloop One as something very futuristic in the US,” says Rijul Jain, investor at the fund.

The deal came Astarc’s way in 2017 through acquaintances in Israel. The firm had just about two days to take a call on the investment. The project could either change the face of transportation or go bust. “The deal gave us the ability to figure out how such investments work. You have different categories of investments—moonshots, safe but slow growing bets, rapidly growing and more risky bets. Unless you jump in the water, you won’t learn how to swim. Finally, you have to figure out how much money you were totally willing to lose,” adds Jain.

Astarc took the plunge. The lure of becoming a part of a potentially groundbreaking innovation was possibly worth all the risks and the tiny stake. “Most funds target a certain (quantum) of equity. A good company will always come at a higher price than a mediocre deal. Because of equity holding constraints, people miss out on good deals but we don’t have that holding constraint. We end up taking those positions, even though it may not be a big stake. Virgin Hyperloop One is one such example where we have a very small stake but those kind of networks really helped us build ideas around what to look for in companies,” says Hari Krishnan, investment manager at Astarc Ventures.

The Virgin Hyperloop One investment isn’t a one-off. For Astarc, walking into uncharted territories has somewhat become a practice. For example, in early 2018, Astarc invested in Space Angels, a New York-headquartered space technology focussed fund that has backed Elon Musk’s SpaceX and its competitor Vector among others. Space technology startups are yet to meaningfully take off in India, but if they do, Astarc is preparing the ground to take a bite. If not, there is always some learning to take home. “Given that we didn’t have the expertise in space tech, we thought of investing in a fund and learning. Our global investments are a lot about learning,” says Jain.

For Astarc, backing innovation isn’t restricted to foreign shores. The fund’s portfolio in its home turf is a healthy mix of technology and business model innovation.

But, in an exit-starved country like India, do business-to-business deep technology companies, which scale slower than their consumer-facing counterparts, ensure adequate exits? “In tech innovations, early entry and early exit is much easier to pull off than a late big exit. In a deep tech startup, it is very easy to get an early exit of $20-30 million, but in a business model innovation sort of startup, you will have to wait for it to become a real, large impactful size and scale to make it worth exiting,” says Krishnan.

Krishnan speaks from experience. Astarc’s only exit so far has been the sale of Liv.ai, a startup that converts speech to text in vernacular languages, to Flipkart last August. Astarc, which invested in Liv.ai in 2017, exited in little over a year with about three times the investment.

The firm claims that some of its other technology investments such as Norah.ai, Infinite Analytics, a Ratan Tata-backed startup that uses predictive analytics to drive customer acquisition and engagement, and Ion Energy, a battery technology startup, are doing brisk business as well.

In comparison, some of their well-oiled consumer-facing investments such as online pharmacy PharmEasy, bike taxi company Rapido and social commerce platform Wooplr, which have raised millions of dollars at higher valuations, are still locked in a land grab with rivals.

Take for instance AdOnMo, a Hyderabad-based startup that dwells in outdoor advertisements, a legacy business segment. But, AdOnMo aims to shake things up by digitising outdoor advertising. The firm, which claims to have served about 125 clients including Ikea, Honda, TVS and Reliance, essentially mounts display devices on top of cabs which show localised ads as the cabs drive through a particular locality.

In essence, Astarc favours unconventional businesses than seasonal flavours. The fund has neither invested in food or grocery delivery startups, nor has it backed home services companies or education startups. In financial services, when pure play product aggregators or consumer loans startups have raised boatloads of money, it has backed Home Capital, which dwells in home loans. Or Sureclaim, a startup that helps consumers file insurance claims.

However, despite an eclectic mix in its portfolio, Astarc, more often than not, isn’t the first port of call for entrepreneurs seeking funds, concedes Musale. Here, being the good guys helps. “We are collaborative and understand organisation building. Of course, we aren’t always the first choice yet, but these aspects will get us there soon,” he signs off.