2018 W-Power Trailblazers: Returning to work is now a breeze thanks to this venture by Neha Bagaria 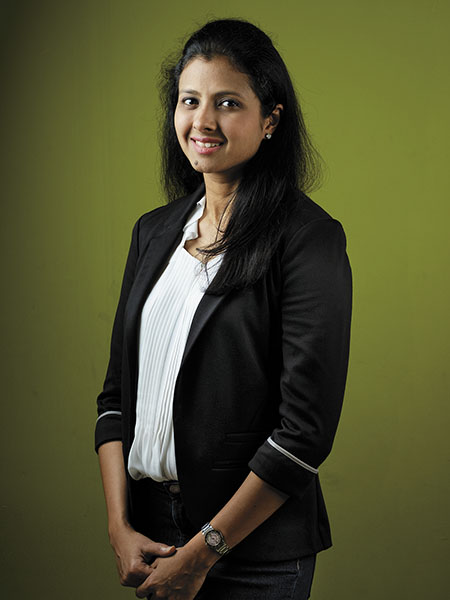 For Neha Bagaria, the inspiration to launch JobsForHer—an online portal that helps women re-enter the workforce after a break—was her own experience with motherhood. For the Wharton graduate, what was supposed to be a 40-day maternity break in 2010 ended up as a hiatus of over three years as she was unable to return to her husband’s family business, Kemwell Biopharma, where she oversaw finance and marketing.

Bagaria’s first venture, Paragon, which prepares students seeking admission to US colleges through the advanced placement programme, lasted for just two years as she got married in 2005 and moved to Bengaluru from Mumbai. Bagaria spent the next five years at Kemwell until the birth of her first child.

It was not until after the birth of her second child that she felt she should restart her career. “When my kids were six months and three-and-a-half-years-old, I couldn’t recognise who I was. If I had to be a happy mother, I had to be a happy person and for that, work was important,” she says. Bagaria rejoined Kemwell in mid-2013 to lead its marketing unit, albeit with a lingering thought.

While she had the luxury of returning that quick, many others struggled to come back. In many instances, companies weren’t ready to recruit women after a break.

Bagaria decided to do her bit to break such barriers. In March 2015, she founded JobsForHer as an online platform that connects women wanting to restart their careers. “This is a wide prism. A lot of companies, especially MNCs with diversity initiatives, were willing to recruit women who had stopped working,” says Bagaria. “One needs to realise that attrition among men and women is about the same—it’s just that the reasons are different.”

Last year, the company started offering services that prepare a restarter to land a job. “We started a mentorship board with 500 mentors who host weekly webinars. We started a re-skilling programme with about 200 partners who provide services such as résumé writing, interview training, soft skills, confidence building, etc,” says Bagaria. “It should become a regular thing for a woman to take a break and get back to work without facing any hassles or bias.”