Chumbak's Shubhra Chadda cashed in on India's love for the quirky

Shubhra Chadda, co-founder of retail chain Chumbak, has built the company into a popular lifestyle brand 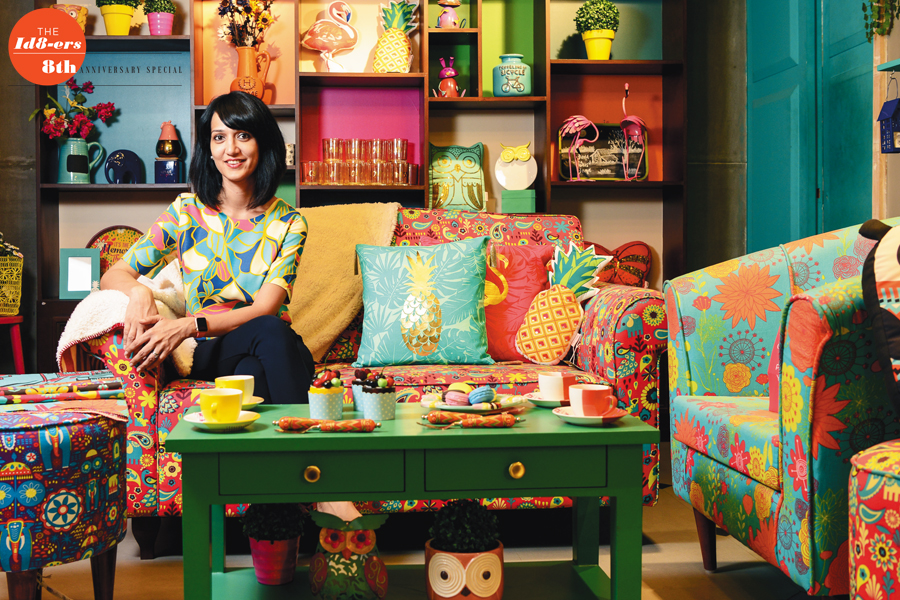 Chumbak co-founder Shubhra Chadda and her husband took a gamble by selling their house for Rs 40 lakh to start the firm
Image: Mexy Xavier

Shubhra Chadda, 37, had long been toying with the idea of turning entrepreneur. She even knew the business she wanted to be in but was “never really brave enough to resign from a well-paying corporate job”. It was only in 2008, when she took a break from her job as a marketer at the data storage and management company NetApp, after her daughter’s birth, that she decided that it was “now or never”.

Her idea was simple: To cater to the consumer whose need for a good gifting option wasn’t satisfied. “I wanted to create a range of fun souvenirs for India and Indians,” she says.

Chadda spent a year fleshing out the concept, design, suppliers, pricing and retail strategy, and founded Chumbak out of Bengaluru in March 2010 with her husband Vivek Prabhakar, who continued with his full-time job at Sun Microsystems. Their first product range included magnets, keychains and cushion covers.

The couple had to sell their house for Rs 40 lakh to start the company. It was a gamble, she agrees, but one that has paid off well. (They now live in their own 3-BHK in the city.)

Within the first six months, the company broke even. Prabhakar quit his job at Sun Microsystems and joined Chumbak full-time in 2011 as CEO to look after marketing and sales, while Chadda continues to oversee design and product development.

The brand has grown over the years, evolving into a lifestyle brand with 100 product categories. Chumbak’s signature quirky, vibrant and India-inspired designs are retailed through their own website and other ecommerce platforms, as well as through 17 exclusive stores across India. The company also raised $2 million in Series A funding from Seedfund India in 2012 followed by a Series B from Seedfund India and Matrix Partners.

Chumbak opened a 2,000 sq ft exclusive store in Bengaluru in 2015, paving the way for a wider inventory and product range

Bharati Jacob, co-founder, Seedfund, calls the Chumbak story “very interesting”. “It is a reflection of a new India that is confident of itself and willing to wear its own quirk. The brand has an in-built virality,” she says, adding that Chumbak is one of the few brands where consumer traction and stickiness has been very strong from day one, which is always the harder problem to solve.

“For the first two years, we only retailed through ecommerce and MBOs (multi-brand outlets) and the brand was doing well,” points out Chadda. “But we realised that the brand was becoming more of a phenomenon.” They had two options: Either keep supplying to other stores for short-term gain or invest in the brand and grow it for long-term profit. They chose the latter, and that was the first big turnaround for the company.

The brand went into rapid expansion mode thereafter, and opened 44 kiosks in a year. The plan was to have kiosks in high traffic areas and stock them with products that “have a very high impulse buying quotient, and the response was excellent,” says Chadda, a commerce graduate from Mount Carmel College in Bengaluru.

The next change in strategy came in 2015, when Chumbak had become a “cult-ish” brand. “It was something consumers loved and if the brand in their head is so superior, then why are we servicing them at the kiosks with mid-range products only? It was a mismatch,” she recalls. This led to the launch of their first exclusive store in the prime locality of Indira Nagar in Bengaluru. A 2,000 sq ft store, as against a 100 sq ft kiosk, would necessarily require a wider inventory and product range; this came in the form of Chumbak’s foray into the home and fashion line. Since then, Chumbak has discontinued other retail formats.

Her entrepreneurial ambitions satisfied, Chadda now has her sights set higher. “The dream is to be a lifestyle brand born in India that is recognised and respected internationally,” she says.