Bill Briggs, CTO at Deloitte Consulting LLP, talks about how companies are adopting technology, and the social impact they need to keep in mind 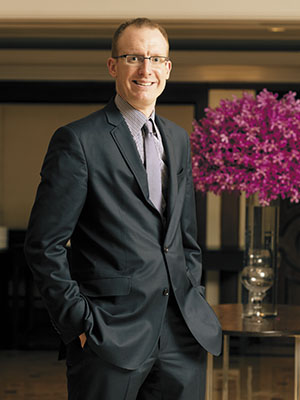 In its annual report titled ‘Tech Trends 2016: Innovating in the Digital Era’, consultancy firm Deloitte examines trends that will be synonymous with businesses as they reinvent themselves. In an interview with Forbes India, Bill Briggs, chief technology officer, Deloitte Consulting LLP, talks about the new technologies that are finding takers, and the need for companies to modernise their core. Edited excerpts:

Q. What are some of the points that stood out for you in the report?
It’s the seventh year we’ve published this report, so we’ve been able to see the trending of trends. There are five major areas around which we’ve continued to see evolving capabilities: Digital, analytics, cloud, the core [of companies], which is often not looked at as a tech trend, and the business of IT and how it’s changing. There are three topics that are new, in a way: Blockchain [distributed database technology], Internet of Things [IoT], and Augmented Reality [AR] and Virtual Reality [VR]. These apply to different parts of a company’s functioning. There’s also a social impact element in the report that addresses the ethics and morality of these technology adoption curves.

Q. Could we say that blockchain, IoT, and AR and VR are seeing mass adoption?
They’re all seeing adoption. The adoption of blockchain, at first blush, was in financial services and crypto currency (such as bitcoin). But now we’re seeing it in electronic medical records and even in government services. For example, Honduras is using blockchain in their land title registry system, which helps drive a new level of trust with the citizenry. AR and VR have been on the radar for a while. But it’s always a challenge to predict whether a technology will achieve mass adoption within an 18- to 24-month window; whether it will remain as just something you can use, or whether it will reach mass adoption within that period. You need three to five good examples of companies that have really taken advantage of the technology [to qualify as a technological trend].

Q. Modernisation is a theme that you’ve looked at. What would it take for a company to re-imagine its core?
First of all, we’re not going to modernise for technology’s sake. Legacy is not a four-letter word; just because it is old, doesn’t mean it’s bad. We need to have a better sense of how what we have today is affecting what we do today, and, more importantly, what we need to do tomorrow; so that we really understand where we are lacking in terms of experience, customers, the products we can develop, or how responsive we can be to product changes.

Q. What implications does social impact have for companies in this environment?
The social impact that we talk about is not just about security and privacy; it is about ethics and morality, and responsibility to your employees, to society and even to humanity. What is the long-term implication of robotics and Artificial Intelligence and synthetic biology? These questions don’t need to constrain what you do, but you need to be mindful of their implications. The other side of it is that you can use these technologies to do social good. The world’s biggest problems are the world’s biggest opportunities too.