I don't like singing, it's not my first love: Prateek Kuhad 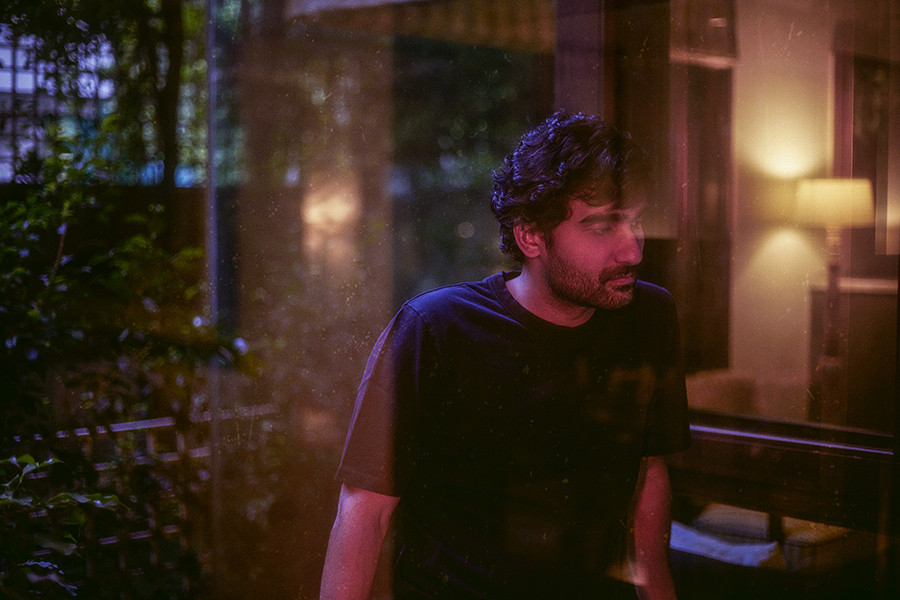 “I feel the reason why people really like my music is because I’ve been really honest. When songs are personal, they are more authentic,” says Prateek Kuhad, singer, songwriter and composer. Image: Vansh Virmani

Prateek Kuhad’s love affair with music began at 16, when he started learning how to play the guitar. By 18, he had already started writing and composing his own songs. Kuhad had no plans to pursue music professionally, till the video of a song he wrote, composed and sang—Raat Raazi, which was shot on a phone—went viral on YouTube. Soon, he started getting gigs and decided to give music a shot. “I decided to give it a year. If things work out great, if they don’t, I’ll go back to doing what I was supposed to,” he says. Turns out, he never had to fall back on his backup plans.Kuhad's debut album In Tokens and Charms was an instant hit, earning the artiste an MTV Europe Music Award, Indie Album of the Year honours from iTunes, and the title of Best Pop Artist at the Radio City Freedom Awards. The album’s opening track, ‘Oh Love’, captured first place in the prestigious International Songwriting Competition.
Recently, Kuhad announced he’s been signed on by the New York-based Elektra Records, making history as the first solo Indian act to join the storied label. A part of the Warner Music Group globally, Elektra has names like Christina Perri, Sam Ryder, White Reaper, and Brandi Carlile on its roster. With it, the 31-year-old has paved the way for indie artists in India to aspire to global labels. Kuhad, of course, had attracted global headlines earlier after former US President Barack Obama featured one of his songs ‘cold/mess’ on his 2019 Songs of the Year playlist.
In July, Kuhad released his new EP ‘Shehron Ke Raaz’ featuring title track ‘Shehron Ke Raaz’, ‘Khone Do’, ‘Tere Hi Hum’ and the acoustic version of 2020’s hit single ‘Kasoor’. The singer, songwriter and composer, who is currently in the US working on his next record, speaks to Forbes India about what inspires his music, dealing with failure and a lot more. Edited excerpts:
Q. When did you know that you wanted to take up music as a full-time career?
Right after college, I went to New York University in New York to study mathematics. I had no plans to become a musician then. I was doing this on the side, playing at small shows in New York and writing songs for myself. In 2013, I put up this video of a song I wrote and composed, ‘Raat Raazi’. Before releasing the song officially, I shot the video on my phone at my apartment and it got quite some attention in the Indian indie scene. Then I started getting offers for gigs. Once I was getting a lot of gigs, I thought maybe I should give this a shot. Part of me always wanted to, but I was scared.
I had a conversation with my family, they were surprised. They asked me if I was sure and I said yes, and they were extremely supportive. I was still unsure, but I decided to give it a year, if things work out, great. If they don’t, I'll go back to doing what I was supposed to. I knew I would figure out something if music didn’t work out, I had a degree and had jobs before too.
Q. What kind of challenges did you go through, especially in the early days?
The biggest challenge was self-doubt, at regular intervals. There were phases when I was doing great work, but then there would be slumps—no shows, no money and no attention to my work. Getting used to the lifestyle of being a musician and dealing with people's perceptions of what a musician in India is like was challenging.
Q. Like many struggling singers-songwriters, you've seen your share of failure and rejection. Tell us about some of those lows and what did you tell yourself to keep going?

I was ready to quit many times. But then these little things would happen and it would give me the motivation to keep going. I reminded myself of how making records just felt right, and this felt like it was my purpose in life.
In fact, right before ‘cold/mess’ came out, I was planning to quit. I was going through a lot back then, professionally and personally. I had been doing this for five to six years, and I was still struggling, not making enough money. I thought to myself, ‘I am going to shelf this record for now, take a sabbatical for 1-1.5 years, if things change, I'll get back to it’. But then this record deal I was trying to get finally went through and they funded the record. Once ‘cold/mess’ came out, it opened up a lot of opportunities for me.
Q. What is the inspiration behind your music?
I don't think the inspiration is very unique, it's simple human emotions. I feel the fact that people really like it [songs] is because I've been really honest. When things are personal, they are more authentic.
Q. Now that you have a fan-following, when it comes to making music, how do balance what fans want vs what you want to make?
That has been challenging over the past couple of years. Once you become successful, you start thinking about things like, ‘are my existing fans going to like this or not’? But, at the same time, I also want to stick to what I am doing, be true to myself and be authentic, regardless of what everyone else thinks. I keep reminding myself of why I started doing this in the first place.
Once you are successful, comments are thrown all over—people saying I'm either writing too many love songs or too few love songs, analysing me and my work constantly. Sometimes it gets to you, but I try to block out the noise and focus on what I'm doing.
Q. Between songwriting, composing and singing, what do you enjoy the most?
I never thought of myself as a singer, never put too much thought and effort into how I was singing. I enjoyed the creative process of making the song—writing and composing—a lot more. I wanted to write songs, but no one wanted to sing my songs, so I started singing them, and turns out I'm not too bad. [laughs] I went to LA for a bit and tried to do songwriting but it didn't work out.
Though now, I've started thinking about vocal techniques and actually begun enjoying the singing part of the process.
Q. You've had a taste of Bollywood too, especially with a hit song like Kho Gaye Hum Kahan. Would you like to see yourself as a mainstream Bollywood playback singer?
We tend to bracket everything to do with Bollywood in one little basket, but things have changed and people who work in Bollywood have opened up quite a bit. When it comes to playback singing, it’s not something I enjoy too much. I gave it a shot once, and I hated it. The issue is that you don't get to take the creative call there, which for me is the best part. I didn't like the fact that I'm not personally invested in songs I sing. I would happily reverse roles, write songs and have someone else sing because I don't like singing, it's not my first love. I can either do all three—writing, composing and singing—but not just singing.
I am pretty meticulous about the way I make my records and write my songs. I like to put in efforts in crafting all of that and that whole experience—from writing the song, to recording it, producing it and finally figuring out how to represent it visually be it music video or the artwork. I am extremely picky about those steps and I think it's worked in my favour.
Q. Recently you were signed on by Elektra Records, making history as the first solo Indian act to join the storied label. How did this come about?
It started with South by Southwest, one of the biggest film and music festival in the world that takes place in Austin, Texas, US. I first played there in 2016, where I met my US manager. Then I played a set again in 2019, someone from Elektra Records was there. They saw me and liked my music and eventually it led to a label deal.

Tweets by @forbesindia
20 years of 9/11: Tracing a tragedy in numbers
Photo of the day: Ganesh Chaturthi