With the RBI's and government's relief measures for creditors, banks will have to deal with loan repayment defaults and delays 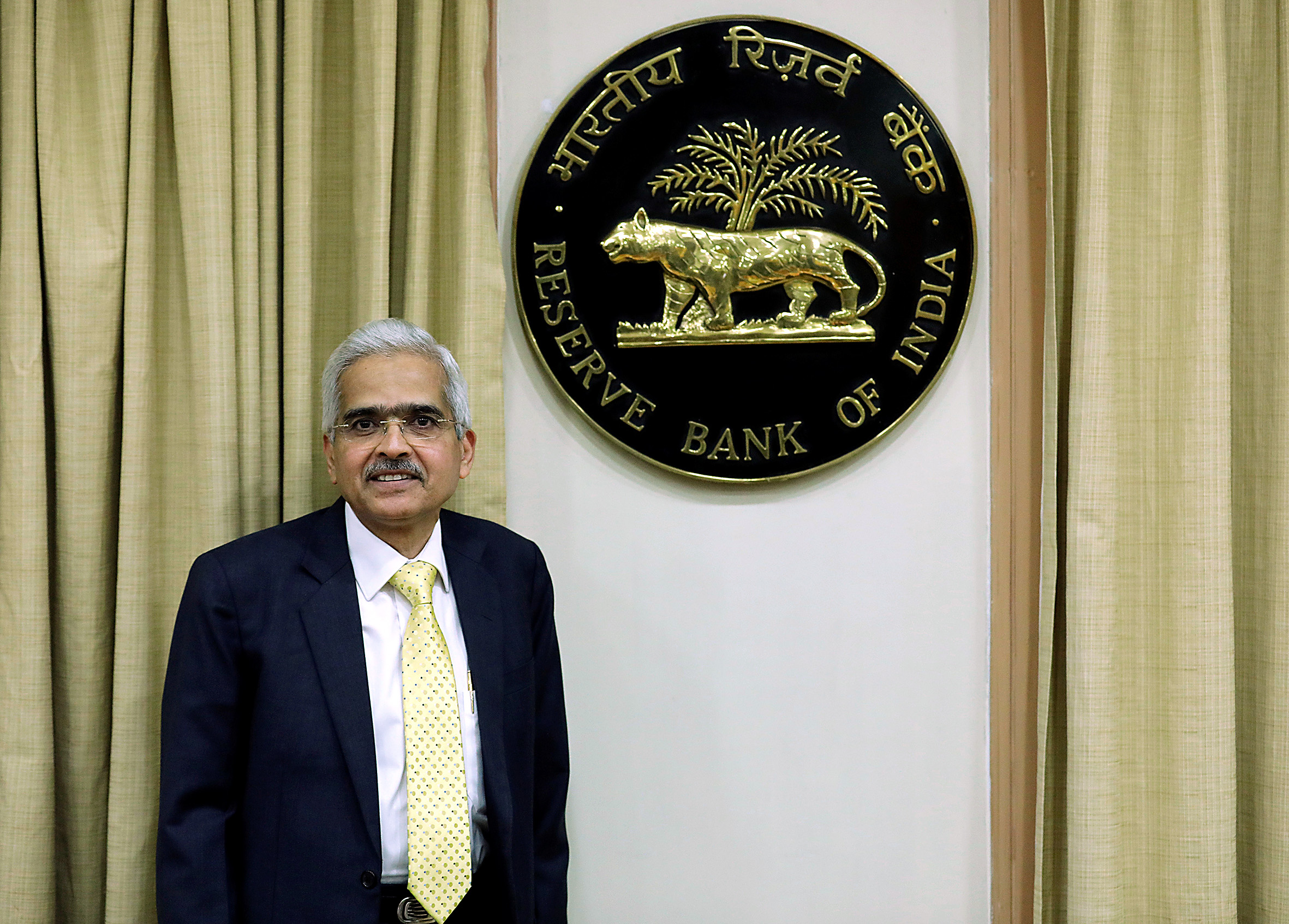 Image: Danish Siddiqui / Reuters
Reforms do not necessarily translate to good news. At least that is how banks in India will be feeling after RBI Governor Shaktikanta Das (picture above) announced an extension of the existing moratorium on repayment of loans to banks, and Finance Minister Nirmala Sitharaman announced that fresh proceedings under the Insolvency and Bankruptcy Code (IBC) have been suspended for a year.

Due to the nationwide lockdown, business activity and cash flows for corporates have been severely disrupted, as have salaries for individuals, which has impacted their ability to repay loans. The RBI has extended the existing moratorium on loan repayment by a further 180 days to August 31, which will definitely be a relief for borrowers. But, in an environment where asset quality concerns and high provisioning have hurt profitability of banks, such an extension will only spell more bad news for them.

More indebtedness “The longer the time of the moratorium, the higher is the indebtedness in the system,” says Saswata Guha, director of financial institutions at Fitch Ratings in India. What is completely uncertain at the moment is whether these borrowers will be in a position to pay back the banks. This will, of course, depend on their financial position and the security of their jobs and businesses, and the state of the economy. India’s economic growth has continued to weaken in recent years, rising by just 3.1 percent for the quarter ended March, its lowest since January-March of 2009, when it stood at 5.8 percent. Several macro-economic data points announced since then—including the April manufacturing and services PMI—show sharp declines. 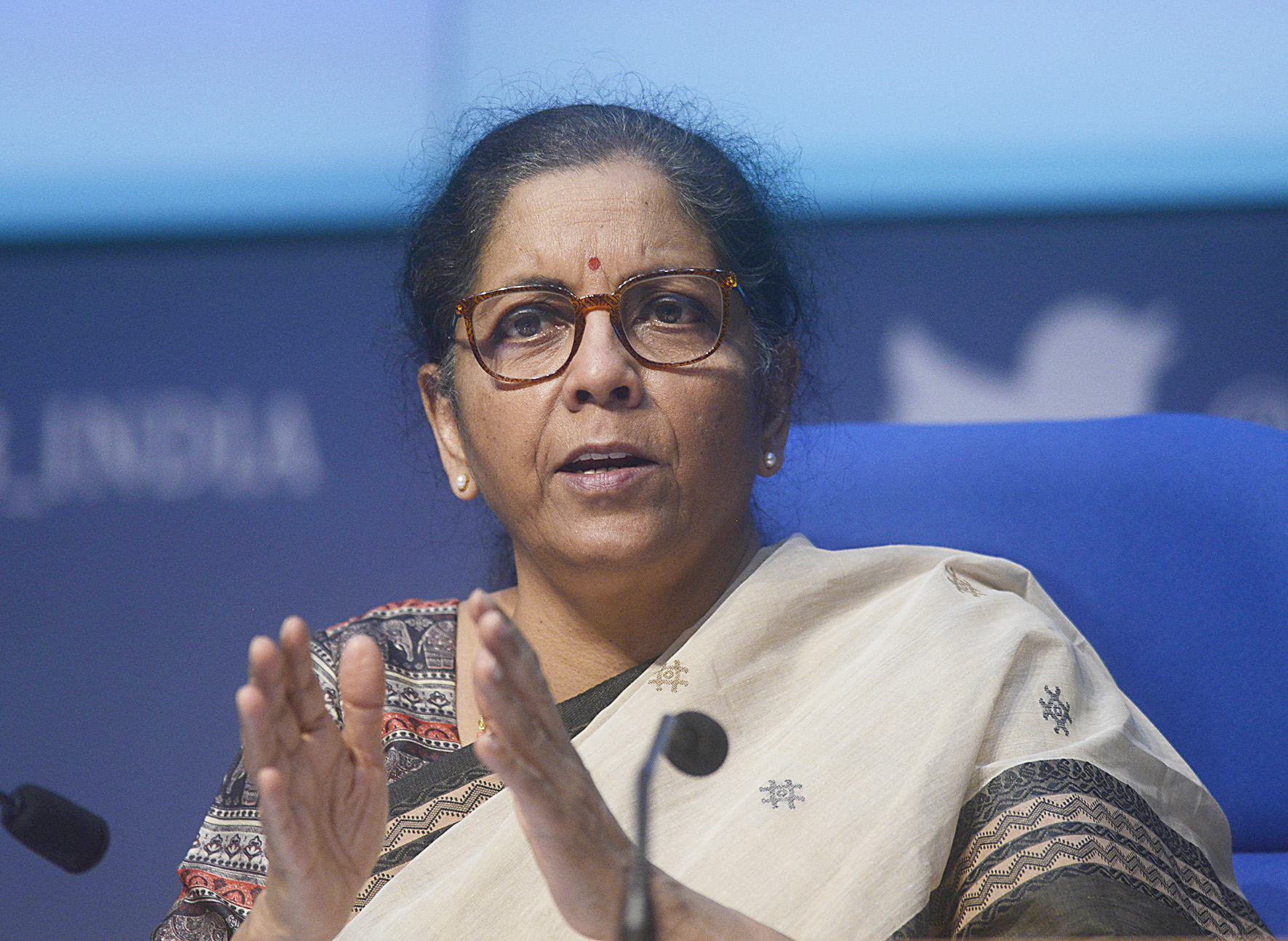 Image: Pankaj Nangia / India Today Group / Getty Images
For insolvency proceedings, the FM has raised the default threshold from Rs 1 lakh to Rs 1 crore
Bank credit to various sectors has been growing in recent years. But, by their very nature, unsecured personal loans are the riskiest of products, and there is little certainty of how much of this money will flow back to banks. Crisil has already estimated that the non-performing assets (NPAs) of banks are set to rise by 150 to 200 basis points this fiscal year. According to data available, Bandhan Bank, which has a strong focus on lending to micro and small businesses and low-income individuals, has seen over 70 percent of its book (by value) fall under the moratorium. For Bank of Baroda, the figure is as high as 90 percent, with entrepreneurs and businessmen opting for the moratorium. In the Covid-19 environment, the pressure on banks to extend their credit lines is high. Sitharaman, through the government’s five-part support measures announced in May to aid various sectors, will only put more stress on banks—particularly state-run banks that have weak balance sheets—in the form of new loans, which will flow to the most needy. Barclays, in a recent report, has estimated the actual fiscal impact on the budget to be at Rs 1.5 lakh crore. Despite measures such as collateral-free automatic loans worth Rs 3 lakh crore towards MSMEs, which Sitharaman announced, they will take a long time to revive their businesses. What these businesses required is direct capital infusion, besides some amount of hand-holding in the form of credit lines.

IBC suspension Besides the fear of rising NPAs, banks have a fresh concern. Sitharaman has announced the suspension of fresh cases for one year under the IBC code. She also announced that in order to trigger IBC proceedings, the threshold for defaults has been raised to Rs 1 crore from the earlier Rs 1 lakh. In the case of small and even large businesses, with cash flows likely to remain disrupted and with most of them being leveraged, the risk of defaults and the inability to service debt is real. If companies default on loan repayments, lenders will have to take recourse in out-of-court settlements or sell their exposure. Nikhil Shah, managing director of Alvarez & Marsal (A&M) in India, says creditors should be allowed to initiate insolvency proceedings for companies that had defaulted prior to March 1. However post-March 1, companies have seen their cash flow deteriorate significantly due to the impact of the lockdown. “If they are unable to service their debt after the lifting of the RBI moratorium, it is highly likely they will default and creditors can initiate insolvency processes,” he says. 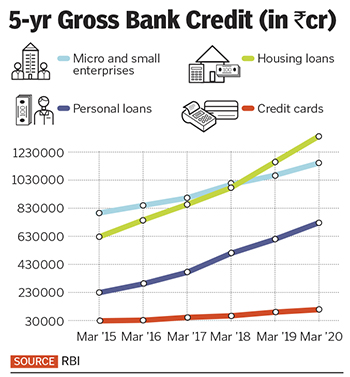 In India, the insolvency process is effectively a sale of the business. In the current environment, there are very limited buyers, which means many of the companies may not be resolved and may be liquidated as a result. This, in turn, would lead to much higher job losses and more severe economic consequences. Shah suggests a different recourse for creditors: “We have recommended a Covid-19 debt restructuring scheme that allows companies to reschedule debt payments based on their current cash flow projections.” This might push the repayment schedule out by one to two years, which would allow for companies’ cash flows to return to pre-Covid-19 levels so they can service their loans. On the lenders’ side, they should be allowed a lower provisioning with this scheme as this situation is not their or the borrowers’ fault. Everyone should have the ability to reset their position, he says. A&M has presented this scheme to the government for consideration. But till a clear solution is available, banks will need to work out alternative plans to claim recoveries. On the asset quality side, they will need to be even more vigilant than in previous years to ensure they stop lending to risky businesses or customers. The pressure on banks’ balance sheets, particularly state-run banks, will be real due to already weakened earnings. With the government still evasive to talk about a fresh round of recapitalisation for state-owned banks, there will be losses from the word go.

Tweets by @forbesindia
Impact of COVID-19 on the Insurance Industry
Finovate Capital: A bridge to finance post-lockdown