Seven ways a firm can mitigate a crisis 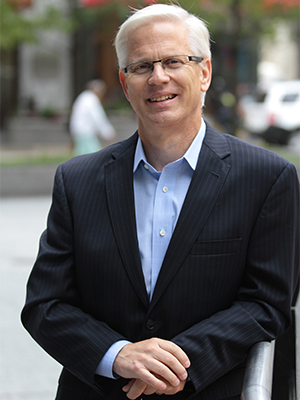 The most important learning from the recent Maggi controversy is this: No company, or brand, is immune to crises. Moreover, in today’s digital age, social media can spread the news far and wide and blow up a crisis to disproportionate levels.

Scott Farrell, president, global corporate communications at Golin (a global, integrated public relations and marketing communications firm) , agrees. “I think the biggest catalyst in triggering a (brand) crisis is social media,” he says. However, social media is not the only factor that can cause, or catalyse, a crisis, says Farrell, who also handles the crisis management portfolio at Golin.
The (public’s) general mistrust of institutions is another important driver. “Mistrust continues to be at historic highs. We don’t trust our companies, or our banks, we don’t even trust federal institutions.”
And that’s not all. The list of factors that drive a crisis is constantly expanding. “Very few companies understand the complexity of their own supply chains,” says Farrell. “This can become a major driver of a crisis when a company is unaware of its own culpability.
The prevalence and power of activists and the growing cult of the whistleblower are other major drivers,” he adds. “In such an environment, an attack can come from anywhere.”
Moreover, the shortened news cycle poses a challenge too. “Today the news cycle is either 24 seconds or 2.4 seconds, depending on how long it takes for someone to tweet,” says Farrell. To emphasise the importance of a speedy response, he puts forth a simple assertion: Slow kills companies fast. “If companies are slow (to respond), they are doomed to fail.”
“I think, over time, it will become harder and harder for companies to deal with the inevitable crisis, if they don’t communicate effectively with their stakeholders,” says Farrell. With this in mind, he suggests seven steps that can help companies manage a crisis.

Rapid Response: Companies have an obligation to be transparent and responsive. When a crisis occurs, communicating as quickly as possible is essential. In the absence of any information, being present makes a difference.

Responsibility: Being responsible does not just mean admitting your fault. It means acting and speaking responsibly. Your stakeholders expect it. It also means that if this crisis has occurred in your company’s store or airline or even in a product, you should own up.

Regret: Every crisis has victims and companies must empathise with them. Sometimes the victims are relatives of people who have died in an accident. But victims can also be people who have had their case of beer recalled when they have a party coming up. So you need to express the adequate level of regret early on.

Restitution: The conversation, at a very early stage, must shift to how the company is going to compensate the affected parties for any inconvenience or loss. We have dealt with many crises, and very often what is most important to the stakeholder is an apology.

Reform: People are fairly forgiving. So if a good company has had a bad experience, people will be quick to pardon, especially the first time. So, companies must start talking as soon as possible about the reforms they are instituting to avert a repeat of the accident.

Resolution: Companies must make it clear that they’re seeing the crisis to the end. The plan to resolve the crisis should be communicated to all stakeholders. The fact that the company has a solution in sight and that they’re making progress can really help manage a crisis.

Restoration: When it is all over, companies need to take the right steps and communicate the right messages at the right time to regain and rebuild the trust in their brand. Every crisis will have a toll on the company, but the most important question needs to be: What do we do to regain the trust of our stakeholders?