Age of Rage: How Rage is giving coffee a heady makeover

Rage Coffee has brewed instant success with its functional and flavoured offering. Can it now take on the big boys of the caffeine world? 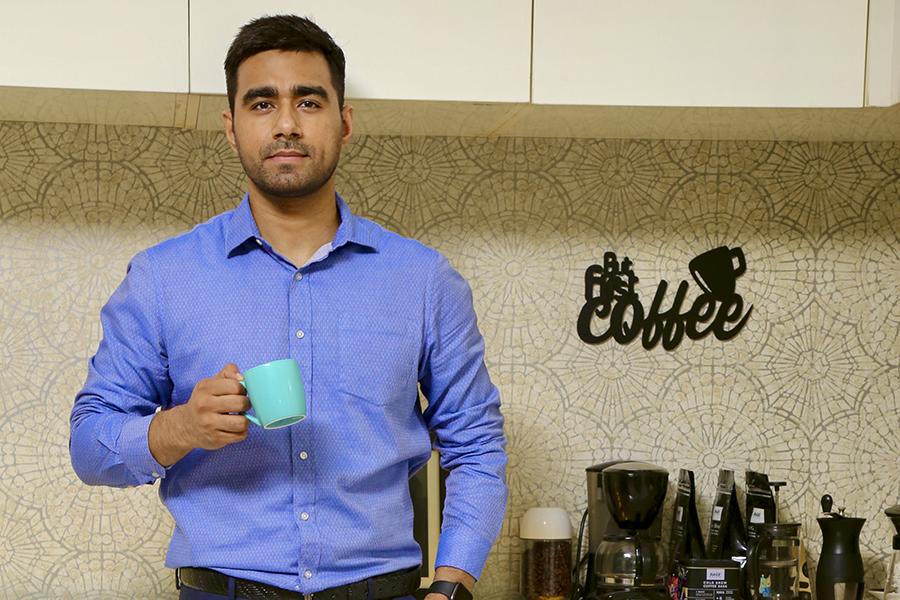 The only thing instant about a cup of coffee is the brew. The rest takes time, and a heady dose of restlessness. In the case of serial entrepreneur Bharat Sethi, however, it almost took a good decade before success kicked in. The Delhi University grad spent the first two years of his professional life as a business analyst. The first job lasted for a few months, and the second over a year. Though it was turning out to be a decent stint, Sethi wanted to brew his story as a founder. He quit.

The exploration journey started in April 2012 when he founded PosterGully, an online platform for artists and designers to create, showcase and sell their work. The venture grew, but so did the restlessness of the young founder who was yet to find his mojo. After almost four years of hard work, Sethi sold his business and co-founded iDecorama in March 2016. After the muted success of his maiden venture, a dud was the last thing Sethi expected. But that is what happened. The B2B ecommerce marketplace for architecture and construction professionals bombed, and Sethi was back to where he was: Starting from scratch again.

In spite of six years of hard roast as an entrepreneur, Sethi didn’t lose steam and pluck. He heart was still yearning for nirvana, and mind was churning out business ideas which could be scaled massively. Finally, the confluence came in March 2018, when he started Rage, a functional and flavoured coffee brand. “I wanted to build a large brand,” he recounts. Coffee, Sethi reasoned, was ripe for disruption.

After seven months, Rage was all set to get disrupted. A bootstrapped venture, Sethi ran out of money in November 2018. The next month, he failed to pay the salaries of his over-half-a-dozen staff, and in January 2019, he rolled out the product in the market. “We knew we had nailed the product, but packaging was not great,” he recounts. The idea was simple. While a lot was happening over coffee outside the home of consumers—think of Café Coffee Days and the Baristas of the world—Sethi was trying to enter the kitchen.

There was another little problem: Taste palate. In a country where people could be forgiven to think that only one kind of coffee exists—Cappuccino—Sethi thought of brewing something outrageous: Functional and flavoured coffee. He infused coffee with plant-based vitamins, which synergistically worked with caffeine and brought in a distinctive kick. Second, he used a freeze-drying process, which de-flavours the coffee far lesser and leads to better extractions of caffeine. And lastly, he used proprietary complex flavour coatings and rolled out flavoured avatars of coffee such as mint mocha, vanilla bubblegum, citrus, hazelnut and double chocolate.

The gambit seems to have paid off. From just Rs 22 lakh in revenue in FY18, sales jumped to Rs5.15 crore in FY20, and now the startup is clocking a run rate of Rs28 crore. The target is ambitious. “We want to build a Rs 100-crore brand,” says Sethi, who raised $5 million in August and counts Sixth Sense Ventures, Refex Capital and 9Unicorns Venture among its bunch of backers.

The backers are loving the cuppa. Nikhil Vora, founder of Sixth Sense Ventures, reckons that Rage’s vision aligned with the philosophy of his venture find. “A disruptive product in flavoured instant coffee, developed by a maverick founder, has all the ingredients to disrupt a large category,” he says. With increasing adoption of the café culture and changing consumer preferences within hot beverages—in favour of coffee—Rage is set to witness a strong increase in penetration, he adds. “It’s well-positioned to resonate with new-age consumers,” he says.

Marketing experts too reckon that Rage has managed to find a niche. The coffee, points out strategy expert Jessie Paul, checks all the right boxes of a go-to-market strategy. She points out three pluses. First is a clearly-defined product benefit. Second is that it has enough variants to keep the product exciting. And lastly, identifying itself as a ‘caffeine’ company so that Rage can expand beyond beverages.

Another tailwind for Rage has been a subtle change in consumption behaviour of the Indians. Coffee, as a beverage, is gaining rapid acceptance in Tier I towns and beyond, particularly in the North, West and East which have traditionally been tea-drinking hotspots, points out KS Narayanan, a food and beverage expert. A booming coffee chain culture in the form of cafes and parlours has gravitated towards in-home consumption, which has been the preserve of the FMCG players.

With consumers being exposed to international varieties of different grades, the market for gourmet or specialty coffee is on the rise. “The pandemic gave a boost to in-home consumption,” says Narayanan, adding that a unique blend of healthy coffee, functional coffee with added nutrients like vitamins, proteins, specialty coffee from specific origins, and cold brew blends are finding rapid acceptance among young users.

Though Rage has managed to find a wide appeal, experts are quick to point out that there are two flies in the coffee cup. The first is the small size of the premium coffee market. During the lockdown, a cup of premium instant coffee was an affordable luxury, and choosing between flavours was one of the few excitements in the day. But once people return to cafes and the office coffee machine, will they shell out a 100 percent or more premium for their home coffee? asks Paul. Premium coffee has traditionally been an out-of-home product. “Has Rage changed that permanently?” she wonders. The second challenge will be their reliance on ecommerce. To grow they will have to move into traditional retail and that will require a greater investment as well as a much broader portfolio of products, underlines Paul.

Sethi, for his part, reckons that the big challenge would be to make less mistakes. “We have a golden opportunity to build a big global coffee brand,” he says. The dream, he underlines, might sound ambitious but is not outrageous at all. “We are building a new-age coffee company for a new-age young consumers,” he says. It’s a brew-in-progress.