An incubation platform and accelerator fund are fuelling early-stage investing from 0 to 1 stage. Can the gambit pay off? 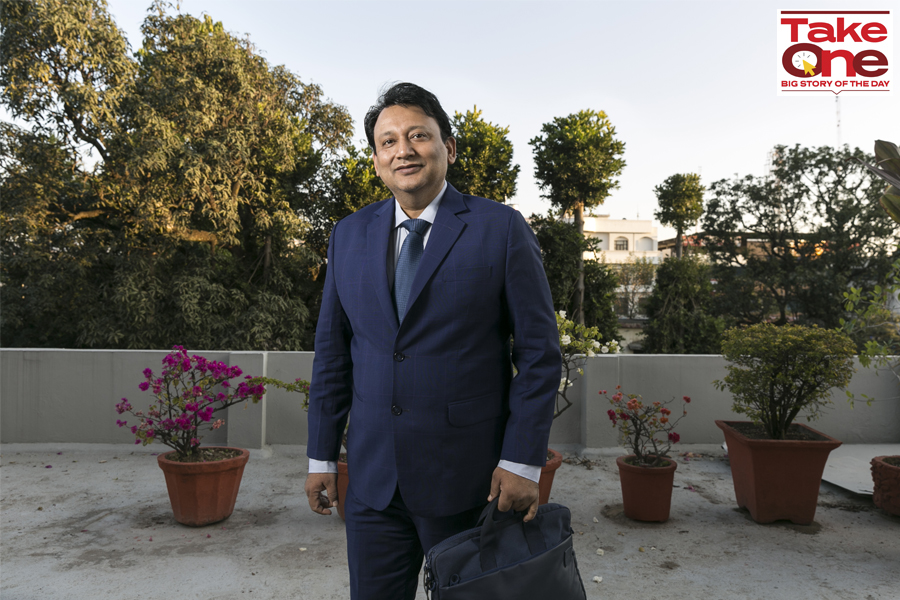 In December 2020, Carl Pei had an idea. The investors, though, knew nothing about it. Yet they went ahead and pumped $7 million into Pei’s undisclosed venture. The co-founder of OnePlus had stayed tight-lipped about his future project after quitting OnePlus in October last year. It wasn’t long before he found sound backers in Tony Fadell, inventor of the iPod, Kevin Lin, co-founder of Twitch, Steve Huffman, CEO of Reddit, and Josh Buckley, CEO of Product Hunt. It is only after the funding was tied up that, in end-January, Pei revealed the name of his smart connected consumer technology brand, Nothing, which is set to roll out wireless earphones soon. In India, it has partnered with Flipkart to sell the product.

Back in India, early last year, Nilay Mehrotra too had an idea, but little else. The Bengaluru-based entrepreneur was planning a unique offering to disrupt the men’s fertility market. The problem was, investors knew nothing about this sector. The founder rolled out Janani in June, but his reproductive health and sexual wellness solutions startup had no product to sell. Unlike Pei, who had a long queue of babysitters eager to pamper his yet-to-be-born baby, Mehrotra had nothing. Till 9Unicorns came into the picture in October.
Fast forward nine months. Janani launched India’s first, at-home DIY (do it yourself) semen testing kits in June this year. What helped Mehrotra was finding a funder who believed in the idea, vision and conviction of the founder. “I didn’t have a proof of concept. I just had an idea. They backed it,” he says.

Apoorva Ranjan Sharma explains why early-stage investments in startups need to start from the ideation stage. “Many brilliant ideas die young. You need to spot and nurture, much like a sapling,” reckons Sharma, who co-founded 9Unicorns in August 2019, along with Anil Jain, Anuj Golecha and Gaurav Jain. The sector-agnostic accelerator fund invests in the range of $100,000 to $500,000, and typically takes 5-7 percent equity in idea-stage startups. In a little under two years, 9Unicorns has closed 68 deals; 30 percent of the startups are from tier 2 and 3 cities, and most of them are in the ideation mode when the fund cuts a cheque.
In India, Sharma explains, there is a paucity of institutional money at the ideation stage. While there are countless foreign and home-grown venture capitalists (VC) willing to bet on startups after the birth of the venture—seed, early and growth stage—there are almost negligible funds at pre-seed level. “Look at Silicon Valley. It’s a common trend to spot quite early and let ideas take shape,” he says. India, he lets on, needs to think differently.
As a seasoned VC, Sharma has been thinking out of the box. While in January 2016 he started Venture Catalysts (VCats), an early-stage incubation platform that invests in angel and pre-series A rounds, three years later he founded 9Unicorns with the same set of co-founders. The double-barreled approach seems to have started yielding results. Together, both the funds have invested Rs 243 crore, closed 165 deals and had over 60 exits in 2019 and 2020.
In spite of the raging pandemic over the last 18 months, there has been no let-up in the funding spree. In fact, the deal counter has seen more action. While VCats has managed to close 47 deals in the first five months of this year—compared to 68 that it clocked last year—9Unicorns has already matched the numbers it did last year. Over the next few years, the focus of both the funds would be on investing in startups across tier 2, 3 and beyond, as well as roping in investors from these places to be part of the startup ecosystem.
Sharma explains the Bharat push. “Delhi, Mumbai and Bengaluru can’t produce 200 unicorns,” he says. The target for his funds now is to ensure that India produces 500 unicorns over the next decade. A realistic target? “Why not,” says Sharma. If one places bets on startups that are solving the ‘real’ problems, then the sky is the limit.

Pune-based Pariksha, for sure, is catering to a bigger audience. This February, the vernacular edtech startup raised $2 million in a pre-series A round led by Bharat Inclusion Seed Fund, along with a bunch of other funds, including 9Unicorns. Started by Karanvir Singh, Utkarsh Bagri, Vikram Shekhawat and Deepak Choudhary, Pariksha helps candidates prepare for state government jobs.
Available across 11 states and in six languages, Pariksha serves over 3 million users across tier 2 and 3 cities, and in the hinterland, and claims to have over 1 lakh paid subscribers. “The course completion rate of these guys is even more than so-called edtech biggies,” says Sharma, who first backed the company last year when VCats invested in May. Every year, millions prepare for different kinds of government examinations, and the startup provides affordable solutions to the masses. “They know the real problem, and are solving it beautifully,” he says.
Another startup that seems to be on a song is Om Bhakti. Last March, the cotton-wicks manufacturing startup raised an undisclosed amount in seed funding from Venture Catalysts. Sharma explains why backing such a venture, which is sure to miss the radar of city-centric VC funds, makes sense. The spiritual market in India is estimated to be around $30 billion per year. Around 140 to 150 crore wicks are used daily. The market is highly fragmented, and Om Bhakti has been trying to build a brand out of a commodity. “They have fully automated the manufacturing process,” he informs. 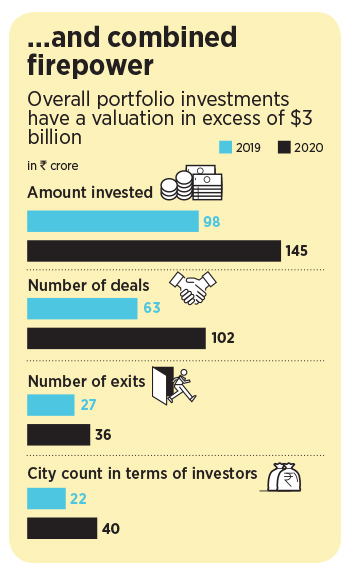 Then there is MyKaam, an online job searching and recruitment platform for blue-collar workers. The startup, which uses a video-based platform to connect workers with local recruiters, got funded by VCats in July 2019. Founded by Ashish Gupta, MyKaam on-boards local businesses to list their jobs in short video formats, which makes it easier for workers to search. When the candidates find a job that matches their preference, they use MyKaam’s chat feature to reach out to the recruiter. Similarly, recruiters can also connect with potential employees via the platform.
The bets, reckon industry experts and fellow VCs, are indeed unique. As one of the largest angel networks in India, VCats also opened up angel investments across the country, especially in tier 2 and 3 cities, says Anil Joshi, founder of Unicorn India Ventures, an early-stage venture investment fund. The team, he underlines, helped unlock investment opportunities for many who didn’t have access to formal angel investments. Moreover, the group not only helped entrepreneurs raise money from HNIs, but also leveraged their wisdom across the board and helped the portfolio companies. 9Unicorn, Joshi lets on, will help founders raise institutional money at the pre-seed level and benefit from the large network that the fund has developed over the last few years.

While lauding VCats for democratising angel investments and funding founders with bright ideas but little pedigree and connect, Joshi points out a flip side to the VCats-9Unicorns combined machinery. “Just because the same set of guys are managing both the funds they need to ensure that there is no overlap,” says Joshi. "Secondly, they also need to be careful about the fact that they don't spread themselves too thin in terms of aggressive expansion."
A bigger challenge for Sharma, though, would be to ensure that his funds continue backing startups that miss the attention of marquee VCs sitting in the top cities. Another area of concern could be fiscal discipline. Sharma knows the pitfalls. Once big VCs—read foreign ones—cut large cheques, the message to founders is to chase growth at any cost. Entrepreneurs stop looking at the margin, and just focus on getting more clients. At times, the approach of ‘scale fast’ is driven by the VCs themselves.

While underlining that every segment has its own approach and peculiarities, founders must not lose the larger aim of enterprise: Making money. Funders too must have a diversified portfolio. Over the next few years, he points out, VCats and 9Unicorns would be fanning out more aggressively across 100 to 150 cities. “The potential of startups and investors in tier 3 and beyond must be unlocked,” he says, adding that in such places people are hungry for success. “These people have big dreams to create large companies,” he adds.

As Sharma and his gang continue with the mission to spot early winners and potential unicorns across the country, a word of caution from one of the top global founders might help in sobering the excessive optimism. In one of his tweets this February, Pei thanked his backers but also added what the investors must be aware of. “Me and the team will give this our best shot, but please keep in mind that most startups fail. Only invest what you can afford to lose.”