The central bank projects lower FY23 inflation, saying its characteristics are different from the West. Equities and bond markets are cheering the bank's calibrated moves. Economists say a rate hike is quite some time away 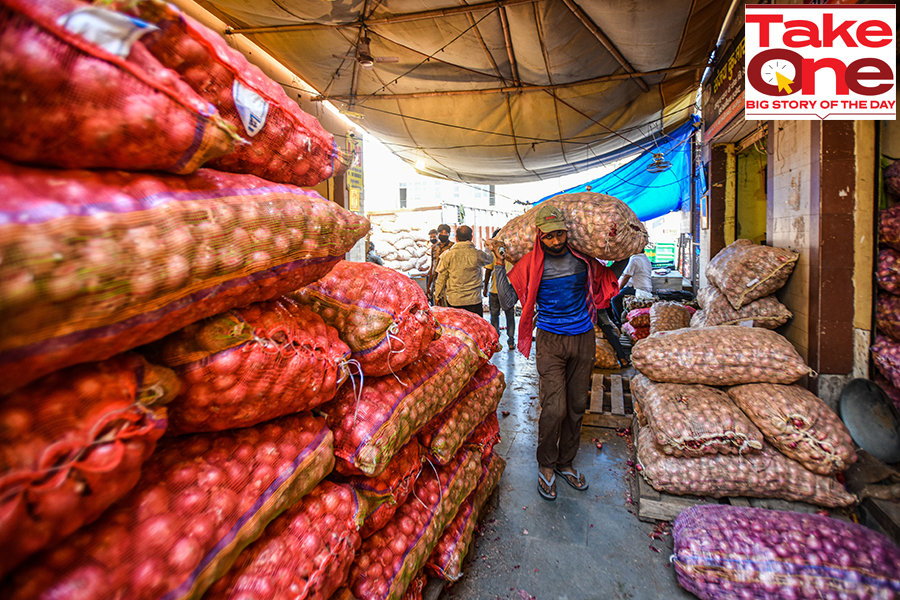 Shaktikanta Das said global central banks had domestic inflationary pressures which were different from those faced by India. India’s food inflation is estimated at around 3 percent while in the US, it is near 6.5 percent
Image: Amal KS/Hindustan Times via Getty Images

The Reserve Bank of India (RBI), in a move distinctly different from global central banks, on Thursday kept key interest rates unchanged and did not alter its “accommodative” policy stance. The central bank also forecast retail inflation at 4.5 percent for FY23, expecting it to ease sharply from the 5.59 percent level seen in December last year.

The lower inflation projection is not only surprising, but also optimistic considering that crude oil and several global commodity prices continue to rise. India meets about 85 percent of its crude oil demand through imports. A surge in oil prices not only hurts ‘import inflation’, but could also threaten to derail the fiscal deficit target which the government has pegged at 6.4 percent for FY23.

The RBI’s decisions to not hike rates to support inflation or even shift its policy stance to neutral, and continue to support growth were welcomed by both the equity and bond markets. The benchmark 30-share Sensex index was up by 430 points to 58,896,23 levels while India’s 10-year bond yields also eased to 6.72 percent, after jumping close to a two-year-high of 6.9 percent level earlier this month.

The undertone of RBI Governor Shaktikanta Das in the policy statement was that the central bank was not trying to be pre-emptive or hike rates in a knee-jerk manner. It was clearly not fussed by what action other central banks were taking globally. “We don’t like suddenness and a sudden approach [to issues],” Das told the media at a virtual conference.

“At the current juncture, the conduct of domestic monetary policy is primarily attuned to the evolving inflation and growth dynamics even as we remain watchful of spillovers from the uncertain global developments and divergent monetary policy responses,” Das said in the policy statement, which was disclosed on the bank’s website.

Das maintained that the RBI “was not behind the curve”. He said global central banks had domestic inflationary pressures which were different from those faced by India. “We have done our homework… all uncomfortable risks have been assessed,” he said.

The RBI’s deputy governor and economist Michael Patra said inflation in the US was being driven by used car prices, which are at multi-decade highs. In the case of parts of Europe, the shortage of truck drivers is hurting supplies and impacting wage rises and inflation. India’s food inflation is estimated at around 3 percent while in the US, it is near 6.5 percent.

In that scenario, central banks from Western economies have been pre-emptive and taken stringent action. The US Federal Reserve in January-end said it will raise interest rates soon—for the first time in three years. Analysts are not ruling out at least three rate hikes in 2022 itself. The Bank of England in February hiked rates for the second time in three months and the European Central Bank has abandoned its stance of not raising rates in 2022, while recognising inflation risks.

The RBI, while forecasting lower inflation, remains concerned about growth. This is why it has refused to change its policy stance to neutral from accommodative. “Private consumption, the mainstay of domestic demand, continues to trail its pre-pandemic level,” Das said in the policy statement. “Overall, there is some loss of the momentum of near-term growth while global factors are turning adverse.”

Real GDP for FY23 is projected at 7.8 percent compared to the 8 to 8.5 percent forecast by the finance ministry’s Economic Survey and 9.2 percent for the current financial year ending March 2022.

Barclays’ chief India economist Rahul Bajoria agrees with the RBI’s stand to put achieving growth as a primary objective at this stage. Bajoria has, in fact, projected the same levels of growth and inflation that the central bank has announced for FY23. “Most of India’s inflationary pressures are import-led, from crude oil to palm oil. Domestic inflationary pressures linked to food are benign,” Bajoria tells Forbes India.

Siddhartha Sanyal, chief economist and head of research, Bandhan Bank, says: “The RBI feels that the risks to its FY23 inflation forecast of 4.5 percent are broadly balanced. However, one does not rule out risks of spells of higher inflation given the recent trend of recurring disruptions to the global supply chains, elevated commodity prices and patches of weather disruptions.”

“The deviation of inflation for some western economies—actual compared to targeted—is much higher. Hence rate actions on their part in the near term might be sharper. India’s inflation levels are not too deviated from actual levels… the RBI is thus taking calibrated steps, especially given the nascent and uneven recovery in growth,” says Sanyal.

Over the past two years, India has seen supply-related disruptions to the economy due to the Covid-19 pandemic, but demand has largely remained strong, and both demand and business activity have bounced back, each time the lockdowns have been lifted. The same could be true for growth and inflationary concerns in the next 12-18 months.

Rate action a while away

Economists Forbes India spoke to also say the RBI is unlikely to move in for a rate hike at the next monetary policy meeting, slated for early-April. It could be some more time away, possibly in the second half of the calendar year.

“While fixed reverse repo normalisation may still commence in 1HFY23, policy repo rate hike will be tepid and easily pushed to the second half of FY23, with RBI in an active wait-and-watch mode,” Emkay Global’s chief economist Madhavi Arora said in a note. “While we do not see policy repo rate hike happening any sooner, the gradualist approach toward liquidity and rate normalisation may be challenged by various global and domestic push-and-pull factors.” Bandhan Bank’s Sanyal also suggests that the rate hike is a while away.

The next few quarters will provide the RBI with a clearer picture on whether the pandemic is indeed ebbing, and if infection levels continue to drop, as suggested by some health experts. That will then provide the bank time to assess more clearly how job creation and income levels are expected to pan out as business activity normalises. It would also boost domestic consumption levels and private sector capex plans.

Tweets by @forbesindia
Amitava Saha at Xpressbees on the convergence in the logistics industry, the path to IPO
Zoya celebrates the most eternal love affair of all - your love affair with yourself.