Heads Up for Tails: For the love of dogs

Heads Up for Tails was born out of the need to provide a healthy and honourable lifestyle for pets. Today it is an omnichannel business set to grow even more given that Indians are ready to give their pets the love they deserve 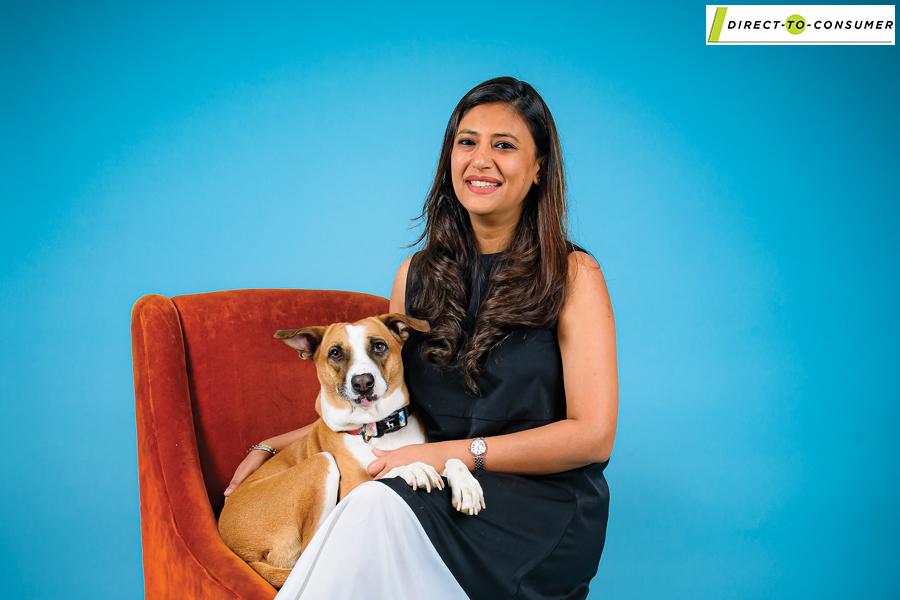 Rashi Narang, 39, had grown up with pets. Upon her return to India, after pursuing a master’s in human resources management from the London School of Economics, she knew living with a pet was a must.

Just then, she went to visit someone whose dog had had a litter of puppies. One of them, whom she named Sara, was tugging at her jeans. “I knew she was the one for me. She came into my life and changed everything,” says Narang. “Petting wasn’t new to me, but it was the first time I was responsible for someone by myself.”

However, as a pet parent, she was utterly disappointed as supplies for them were either laden with chemicals or plastic. “When we’d never give our children such toys to play with, why give our pets those? I came back home with nothing for Sara’s first birthday.”

Hence, in 2008, Heads Up for Tails (HUFT) was born. The online store became a one-stop destination for pet products. On it, pet parents can find anything from food, collars, leashes and harnesses to clothing, furniture and grooming kits.

“From starting out in a small room to having our big retail break as a tiny kiosk at the Select City Mall in New Delhi, the journey has been challenging and exciting,” says Narang, founder, HUFT.

At the time when HUFT was launched, pet care and grooming were new concepts for Indians. The market was fragmented, which meant everything—from products and tech to the supply chain—had to be built from scratch. The journey began with taking part in pop-ups that gave HUFT a chance to showcase products, get feedback and ideas. It also helped them speak to customers about their needs and problems, and work towards building solutions for those. 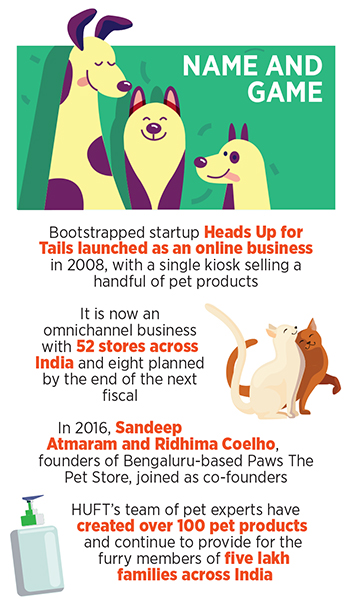 “The biggest challenge, however, was customer awareness. Fourteen years ago, people were not thinking about pets or their journey with them,” says Narang. “Eventually, our lifestyles evolved, families became nuclear, moved into smaller spaces, and pets had to adapt as well. People began to understand they are sharing their lives and homes with these amazing creatures, and want to give them the best life they truly deserve.”

A degree in business studies came in handy when she was setting it all up. She was aware of marketing, finance, terms like inventory, and managing accounts. Age was also on her side. “I was so young that I wasn’t thinking about what’s going to happen and what not. There weren’t many liabilities. I wanted to play along,” she says.
With savings from her stint as an HR management associate in Citigroup in London, she invested it all—₹5 lakh—to start HUFT, with a website coded by a grade 10 student. “We would get one order a week and I was so excited that somebody in some part of the country had discovered us,” she says. “But, of course, I was cognisant of the fact that it won’t work if this was the case. I wanted to make it big.”

While her family was supportive and knew she was doing something that made her happy, they didn’t understand how ambitious she was and how big she had visualised it to become.

Today, in addition to the online store, there are 52 stores in 12 cities and 30 pet spas. Eight more stores are on the cards by the end of the next financial year. Its operating revenues have gone from ₹12.42 crore in FY18 to an estimated ₹140 crore in FY22.

In the same year, it raised $1 million as an HNI investment, followed by $2 million in 2017. With this funding round, they moved into the services space, setting up spas, grooming and experience centres. In 2018, they opened a store at Delhi’s Khan Market and India’s first experience centre for pets in Bengaluru that had a grooming section and a table for pets to sample treats.

Currently, with 65-plus brands and 5,000-plus SKUs, HUFT has also introduced over 200 India-first products, with an organic range of grooming and wellness essentials for pets being its latest addition.
In 2021, HUFT raised $37 million in a Series A funding round led by Verlinvest and Sequoia Capital India. 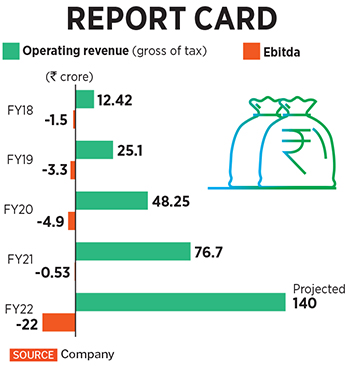 “Pet as a category didn’t need a lot of convincing for Verlinvest. In India, we may be early, but when we dug into it, we felt the industry dynamics are quite compelling for the long term. Most other industries created a mass market first to get efficiencies of scale and then built out premium segments. For the pet industry, it’s building the market starting with the premium segment first given that’s the pattern of pet adoption. Hence, the scope for high margins,” says Arjun Anand, executive director, Verlinvest.

In addition, with families becoming smaller, and the younger generation choosing to expand their family with a pet first, Anand feels the market is now compelling. “There’s more disposable income. Some people are now willing to spend ₹1,000-1,500 on their dog’s grooming per visit,” he adds.

According to industry estimates, India’s pet population is around 29 million, with dogs making up the bulk of pet ownership. The India International Pet Trade Fair, one of South India’s biggest pet fairs, states that an average of six lakh pets are adopted every year in India. The country’s pet care market is expected to grow at a value of ₹7,500 crore by 2026, according to the marketresearch.com report.

Covid-19 also led to a surge in pet adoption (as well as abandonment) to battle loneliness, spurring demand for pet products. HUFT, too, introduced Fresh Paws, a non-toxic and alcohol-free pet sanitiser. 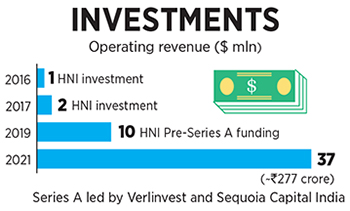 The first few months into the lockdown were challenging for Narang and her team, with stores being shut and supply chains broken. “However, we continued to introduce products and service customers and soon were able to take the business to the bank,” she says.

With the Covid waves also came competition, considering how much of a crutch our furry friends had become in the past two years when families and friends were away. A number of startups in the segment cropped up, but, Narang says, “many of them are here for the ‘what’ and the ‘how’, but not all of them have their ‘why’. And in the long run, the why, as to why you’re here matters”. “I’m excited to see what’s in store but we’ll continue to focus on the products and innovate,” she adds.

Looking back, this segment was an uncharted territory, and Narang had her fears. She recounts how landlords weren’t ready to lease because the concept was too new for them; there was expertise about the segment abroad but, in India, they had to engage in a lot of training in-house when it came to grooming, lifestyle, nutrition and health of the pets. “It was difficult to set up supply chains and distribution channels because very few people had heard of pet supplies and essentials,” she says.
HUFT has come a long way, although the journey has taken time, says Narang. What has also changed is the way women entrepreneurs are looked at, compared to the time she began. There are many more development, grant and mentorship programmes today that have lifted entrepreneurs like her.

Fortunately, for her, funding has also been a smooth journey, unlike what many other women face. “Based on my interactions and experience, I’ve learnt that there is capital carved aside for startups led by women, but not many women are coming forward. Some out of the fear of stereotypes that women don’t get funded, and some for not being able to meet the commitments due to lack of support from home. My only hope is for more women to come forward and stay in it no matter what. Give the baby [business] time and patience, and it will grow.”