The war in Ukraine has strained the Indian economy but, as the West decouples from China, it has also brought opporunity India's way 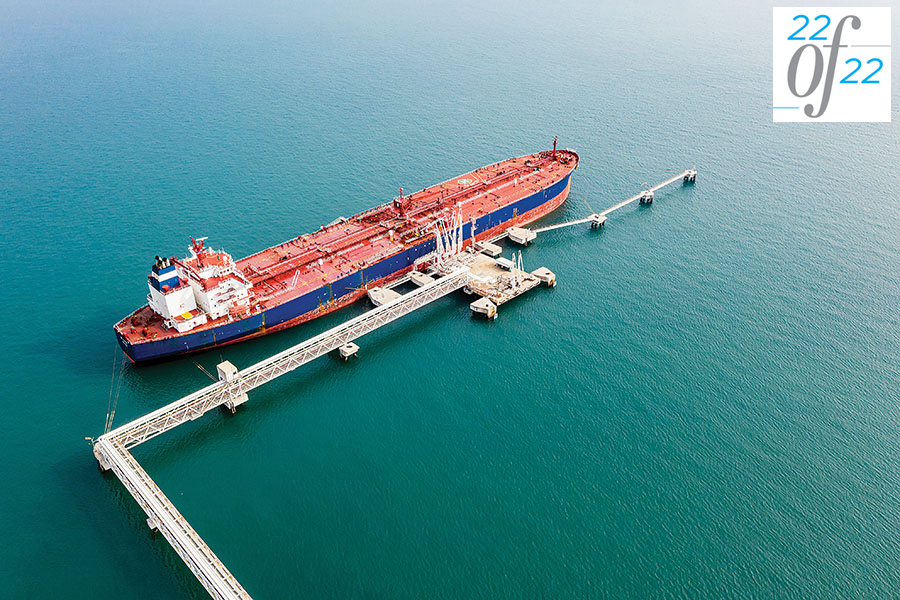 India’s crude basket rose rapidly from $80 in 2022-23 to $110 in the six months after the Russia-Ukraine war broke out in February 2022. Image Credit: Shutterstock

Of the economic googlies likely to come India’s way in 2023, the war in Ukraine will perhaps be the least predictable. There’s no sign of a resolution and the impact it has had on supply disruptions has been equally hard to predict.For India, there have been two direct impacts and another, but no less important, indirect impact. For starters, it pushed up our import bill for both energy and fertilisers. Both these (and the rising price of wheat globally) have also contributed to rising inflation globally, promoting Indian policymakers to raise interest rates in tandem with the rise in global rates. The net result: Higher inflation and lower growth for India.

“The conflict worsened the growth-inflation mix for India. It pushed up crude prices and caused supply side bottlenecks, thereby putting significant upward pressure on inflation. It also raised the fertiliser bill substantially and threatened to derail the budgetary math,” says Dharmakriti Joshi, chief economist, Crisil.India’s crude basket rose rapidly from $80 in 2022-23 to $110 in the six months after the war broke out in February 2022. Although Russian crude was available at a discount, India’s oil import bill rose 76 percent in the first six months of this fiscal to $90.3 billion (`720,403 crore) according to data from the ministry of petroleum and natural gas.For fertilisers, the subsidy bill is expected to rise from `1.1 lakh crore in the Budget to `2.3-2.4 lakh crore, according to the Fertiliser Association of India. While this is likely to moderate by 25 percent in FY2024 on account of falling potash prices, the bill is still, on average, twice that of the last five fiscals. While the government hiked petrol and diesel prices, it shied away from raising fertiliser prices and instead raised the subsidy.Also read: All is not well in the economy, say the most optimistic soothsayers
A rising import bill, coupled with supply side disruptions, has meant that Indian consumer price inflation, which in the last fiscal averaged between 4.5 and 5.5 percent, is likely to end FY23 at 6.7 percent, according to the Reserve Bank of India (RBI). This story has also played out the world over, with the only additional factor being that pandemic-era stimulus in Western economies also contributed to a surge in inflation. As a result, as central banks the world over have hiked rates to keep inflation in check, the RBI has had to do the same. After five hikes, the repo rate stands at 6.25 percent.

While the Ukraine war has put a strain on India’s economic prospects, the same war has also resulted in the West looking to India as a potential partner against China. Global multinationals are putting the building blocks in place for a China +1 strategy and this is most pronounced in pharma and specialty chemicals. Expect other industries like semi-conductors and low-end manufacturing to also benefit if India can get its act together.Also read: What price is right? Why capping Russian oil is complicated
“India is in the extremely fortunate position of being close to becoming the largest populated country in the world, bigger than China. Its demographics suggest that it has the potential to grow closer to 10 percent per annum for the next decade but it would require much bolder reforms,” says Jim O’Neill, chairman of Chatham House and author of the BRICS report.

As the world decouples from Russia and its partner China, expect 2023 to bring in more investment interest in India even as energy prices, inflation and rates stay elevated.

Tweets by @forbesindia
Cars and dolls for all: Spain tackles toy gender bias
Photo of the day: Winter comes knocking