What can set off another financial crisis

Once the shocks of the financial markets flow into real economy, the impact will further weaken the foundations of the sovereign sector 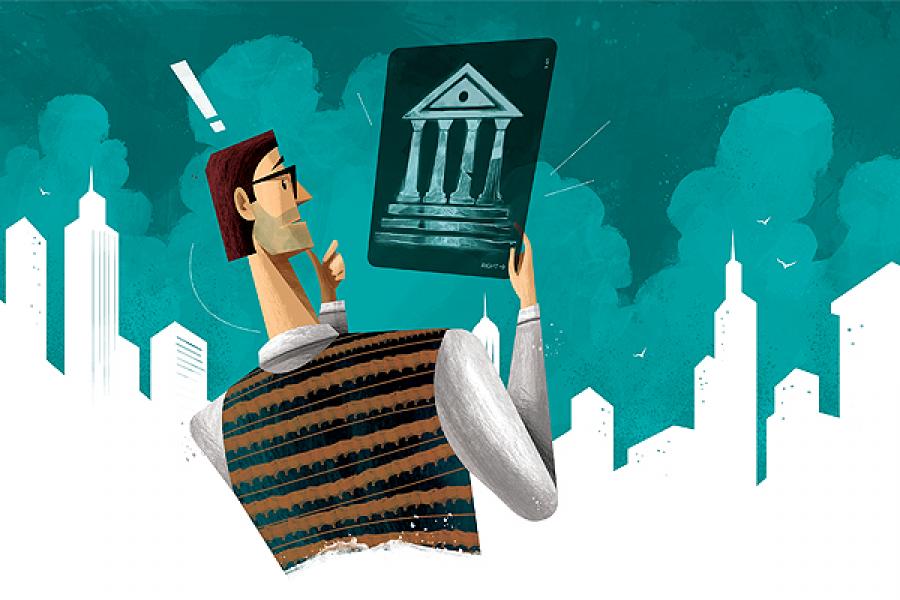 There are a number of potential triggers to a new crisis. The first may be equity prices.

According to the Bank for International Settlements, total borrowing by the global oil and gas industry reached $2.5 trillion in 2014, up by 250 percent from $1 trillion in 2008.

The initial stress will be focussed on the US shale oil and gas industry, which is highly levered with borrowings that are over three times the gross operating profits. Many firms were cash-flow negative even when prices were high, needing to constantly raise capital to sink new wells to maintain production. If the firms have difficulty meeting existing commitments, decreased available funding and higher costs will create a toxic negative spiral.

A number of large emerging market borrowers, such as Brazil’s Petrobras, Mexico’s Pemex and Russia’s Gazprom and Rosneft, are also vulnerable. These companies increased leverage in recent years, in part due to low interest rates, to finance significant operational expansion on the assumption of high oil prices.

These borrowers have, in recent years, used capital markets rather than bank loans to raise funds, cashing in on demand from yield-hungry investors. Since 2009, Petrobras, Pemex and Gazprom (along with its eponymous bank) have issued $140 billion in debt. Petrobras alone has $170 billion in outstanding debt. Russian companies, such as Gazprom, Rosneft, and major banks, have sold $244 billion of bonds. The risk of contagion is high as institutional and retail bond investors worldwide are exposed.

A third possible trigger may be problems in the banking system fed by falling asset prices and non-performing loans. European banks have around €1.2 trillion in troubled loans. Problem loans for Chinese and Indian banks are also high.

A fourth potential trigger may be changes in liquidity conditions, exacerbating stress. Since 2009, asset prices have been affected by the central banks’ attempted reflation. Today, as much as $200-$250 billion in new liquidity may be needed each quarter to simply maintain asset prices. However, the world is entering a period of asynchronous monetary policy, with divergences between individual central banks.

The US Federal Reserve is not adding the liquidity it did between 2009 and 2014. While the Bank of Japan and European central banks continue to expand their balance sheets, it may not be sufficient to support asset prices.

A fifth potential trigger will be currency volatility and the currency wars that are not, at least according to policymakers, under way. A stronger dollar may weaken US growth. But a weaker dollar means a stronger euro and a stronger yen, affecting the prospects of the Eurozone and Japan.

A sixth potential trigger may be weakness in global economic activity. One factor will be the weaker energy sector. The belief that lower oil prices will lead to an increase in growth may be misplaced, with the problems of producers offsetting the benefits for consumers. Approximately $1 trillion of new investment may be uneconomic at lower oil prices, especially if they continue for an extended period of time. When combined with the reduction in planned investment in other resource sectors, as a result of lower prices, the effect on economies will be significant.

There are also increasing problems in emerging markets. Growth is slowing as a result of slower export demand from developed markets, unsustainable debt and unaddressed structural weaknesses. For commodity producing nations, lower revenues will weaken economic performance, triggering a re-rating. The problems will spread across emerging markets.

Slowing growth, low inflation and financial problems will refocus attention on the level and sustainability of sovereign debt. The unresolved public debt issues of Japan and the US will attract renewed investor scrutiny. In Europe, the sovereign debt problems will affect core nations such as Italy and France.

A seventh potential trigger may be a loss of faith in policymakers: A critical appraisal of government and central bank policies may find them wanting. The artificial financial stability engineered by low interest rates and QE is undermined by concern about the long-term effects of the policies and the lack of self-sustaining recovery.

A final trigger is political stress. With existing political elites seen as captured by businesses, banks and the wealthy, electorates are turning to political extremes in search of representation and solutions. The resulting policy uncertainty and inconsistency further suppress recovery. The geopolitical situation has also deteriorated sharply.

In reality, it will not be a single factor but an unexpected concatenation of events that result in a financial crisis, driving global contagion and an economic slowdown.

Transmission
A new crisis will have similarities to and differences with 2008. The problem of crowded trades, where a variety of market participants all have the same basic positions and strategies, and identical risk models will be familiar. The effect of new regulations, ironically designed to minimise the risk of a new crash, and a reduction in trading liquidity will create new problems.

Extra capital, while welcome, does not alter the level of risk. To recapitalise banks, regulators have approved risky hybrid securities such as contingent capital and bail-in bonds. These capital instruments will transmit losses in the event of a systemic crisis to insurance companies, pension funds and private investors. Bailing them out may be politically necessary or expedient.

With simpler solutions proving politically difficult, attempts to reduce the risk in the chains of derivative contracts have focussed on central counterparty clearing houses (CCPs), a theoretically bankruptcy-proof guarantor of transactions and collaterals. CCPs have added complexity, creating new nodes of concentration and instability. CCP risk management is unproven under conditions of stress.

The reliance on collateral is likely to prove troublesome under conditions of real stress. The emphasis shifts from the borrower, or counterparty’s creditworthiness, to the collateral, creating different risks. Government securities now are not risk-free. They assume liquid markets for the collateral, which must be realised in case of default.

Trading liquidity in markets has also diminished markedly since 2008. Traditionally, market makers act as shock absorbers in periods of stress allowing investors to readjust portfolios at a price. But consolidation, through bankruptcies, mergers or acquisition or withdrawal, has reduced the number of dealers. Higher capital charges and specific prohibitions on trading, such as the Volcker rule or narrow banking, have increased the cost of trading. The amounts that can be transacted without moving prices materially have fallen, meaning shocks will be rapidly transmitted.

The decline in liquidity is exacerbated by the changing structure of many markets. There is increased participation by high frequency traders (HFT), retail and private investors either directly or through funds. Paralleling the decline in the number of dealers, the number of major asset managers through whom these funds are deployed is small.

The combination of size, the nature of the underlying assets and the redemption feature may prove especially toxic. It is simply not possible to transform highly illiquid instruments, using financial engineering into liquid equivalents.

This lack of liquidity is not reflected in pricing, with the premium for liquidity risk in most segments having fallen to 2007 levels or below. As the scenario outlines, these changes in market structure are likely to create instability in any new crisis.

The key drivers will be higher liquidity reserves for banks, more stringent calculations of risk in derivative transactions and use of government securities to lower capital requirements as collateral. Given pre-existing exposures to government bonds via repurchase transactions, investments or trading inventories, the regulations increase bank exposure to sovereign bonds. This coincides with the deterioration in the quality of government securities and unprecedented low rates driven by policy, creating a dangerous source of instability which will feed market volatility and transmit losses across different markets.

Where rating downgrades or deteriorating credit quality result in falls in the value of sovereign securities, banks suffer losses on their holdings. Where the securities are used as surety for funding or derivatives, banks need to lodge additional collateral, draining liquidity from markets. The deterioration in a sovereign’s credit quality will affect risk calculations, requiring additional capital as well as collateral.

Banks may hedge this risk, usually by purchasing default protection on the sovereign or shorting government bonds. This will exacerbate losses as the sovereign bonds’ value falls further. Market constraints may necessitate use of proxies for the sovereign, including shorting or buying insurance on equity indices or major stocks. Banks may short-sell the currency as a de facto hedge. Proxy hedges transmit the volatility into other asset markets. They create additional risk where volatility is high and correlation between major asset classes becomes unstable, such as in a risk-on risk-off trading environment.

Second round effects focus on the financial position of banks adversely affected by losses on government bond investments and reduced ability of the nation to support its financial institution. The increased default risk of affected banks sets off a chain reaction of additional capital charges increase and loss exposures across international active banks who deal with them, requiring further hedging and compounding the negative spiral.

The reduced demand for the affected sovereign’s bonds results in higher funding costs and reduced market access, which is transmitted to banks and other firms in the country. Higher counter-party risk or downgrades may trigger more collateral calls.

Financial market shocks flow through into the real economy, affecting the supply of credit, growth, investment and employment. In turn, this feeds back into further sovereign and financial sector weakness.

The exact sequence of events is unpredictable because of the complexity of transmission pathways. But once these feedback loops start, they are very difficult to control.

(This is the second article in a three-part series.)

Tweets by @forbesindia
Ten interesting things we read this week
'How many actors get paid to eat and act?'