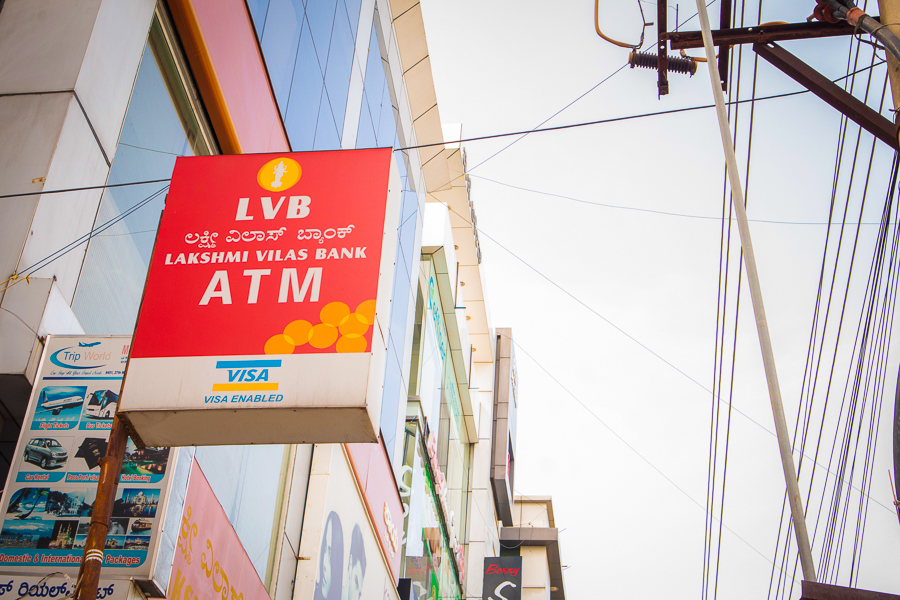 Image: Shutterstock The Reserve Bank of India (RBI) on Tuesday unveiled a draft proposal to merge the troubled Lakshmi Vilas Bank (LVB) with DBS, the local arm of the Singapore-based DBS Holdings, just hours after placing it under a moratorium, fearing capital raising concerns. This RBI move mirrors what it did with the once-troubled Yes Bank earlier in the year, when it placed Yes Bank under a moratorium. State Bank of India and other leading financial institutions invested in Yes Bank.

As part of the proposed merger, DBS Bank is expected to bring in Rs 2,500 crore in the equity of the bank, which would boost its financial position. The RBI will aim to finalise the scheme of amalgamation or reconstruction, so that LVB depositors are not inconvenienced. The RBI move thus ends the talks which LVB was carrying out with non-banking financial company Clix Capital, for a capital infusion and merger with the bank. LVB reported a wretched set of earnings for the September-ended quarter. The bank reported a loss of Rs 396.9 crore, its net interest income fell 30.8 percent year-on-year to Rs 420.13 crore and its deposits fell by Rs 470 crore to Rs 20,973 crore from its FY20 level of Rs 21,443 crore. Provisioning for bad loans soared 248 percent to Rs 391.33 crore from its June level of Rs 112.37 crore. While placing LVB under a moratorium, the RBI said: “In the absence of any viable strategic plan, declining advances and mounting non-performing assets (NPAs), the losses are expected to continue...The bank [LVB] has not been able to raise adequate capital to address issues around its negative net-worth and continuing losses. Further, the bank is also experiencing continuous withdrawal of deposits and low levels of liquidity. It has also experienced serious governance issues and practices in the recent years which have led to deterioration in its performance.” LVB has been brought under moratorium from November 17 (18:00 pm IST) until December 16. As per the moratorium gazette notification, said LVB will not pay a depositor more than Rs 25,000 during the moratorium period, unless approved by the RBI. However, the bank can make payments above this amount to the depositor to meet medical expenses or for a dependent person. DBS, in a separate statement said that the “proposed amalgamation will provide stability and better prospects to Lakshmi Vilas Bank’s depositors, customers and employees following a time of uncertainty.” In March 2019, to expand the franchise and build greater scale, DBS converted its India operations to a wholly owned subsidiary, DBIL, which is now present in 24 cities across 13 states. Was the RBI move too hasty? There is no disputing the weak earnings of LVB and that its Tier 1 capital ratio was at -4.85 percent, well below the mandated levels of 7.0 percent. But LVB insiders are not happy with the moratorium move, which can have a far reaching impact on the functioning and DNA of a bank. “I am confused,” Shakti Sinha, a director on the board of LVB, told Forbes India after the news of the moratorium. While declining to offer exact figures, Sinha said the bank was “starting to show signs of improvement” after the AGM in September when the bank’s shareholders decided, publicly, to vote against the appointment of seven board members. “There were no liquidity concerns at LVB. A moratorium is placed when there are liquidity concerns. Our real concerns relate to maintaining the high provision,” Sinha told Forbes India. “We have been speaking regularly to all customers and managed to recover Rs 1,000 crore in the form of deposits, after there were sharp withdrawals of Rs 1,500 crore in September,” he added. The bank has also done several one-time settlements with defaulters and was confident that it would have seen Rs 350 to Rs 400 crore coming in, which would have boosted capital. The LVB’s board had in October approved the plan to raise up to Rs 500 crore through a rights issue. According to bank insiders, the possible merger with Clix broke down due to different norms carried out by the NBFC. “We could not complete the Clix deal as the quality of the loan book, the collaterals did not meet banking norms. We were not happy with that and hence were going slow,” an insider said. Earlier in 2019, LVB’s talks with another possible suitor, Indiabulls Housing Finance, failed. At that time, the exposure which Indiabulls had to the troubled real estate sector was cited as concerns for the regulator. In 2019, the RBI had placed LVB under its prompt corrective action (PCA) framework, which meant it was restricted from opening new branches and paying dividends and had to reduce its concentration of loans in some sectors and lower its lending to corporates. Do moratoriums and reconstructions work? This is a mixed bag, if we look at recent events. The RBI might well say that their move for Yes Bank was successful. Now the bank is well capitalised and reported strong growth in its current and savings accounts and in deposit growth. Its CEO Prashant Kumar told Forbes India in August that building the asset side of the balance sheet—through lending activity—will be the focus to boost bank income. Its newest investors besides SBI are housing finance firm HDFC and six private banks: ICICI Bank, Axis Bank, Kotak Mahindra Bank, Bandhan Bank, Federal Bank and IDFC First Bank. The same cannot be said for the Punjab and Maharashtra Co-operative Bank (PMC), where the RBI has extended the moratorium till December 22 this year. PMC customers have repeatedly protested against the RBI move to cap withdrawals, which are now at Rs 1 lakh. “Moratoriums do tend to put stress on the bank and its customers too. They do not necessarily work. We will have to see how the LVB move pans out,” said a banking analyst with a financial services firm, declining to be named. Despite the recent problems, LVB has a strong retail presence across South India, which includes 23 lakh retail customers and a faithful small-businesses clientele.

Tweets by @forbesindia
Teenpreneurs: Is your syllabus gender neutral? This teen wants you to find out
It's US vs China again as Google, Apple, Samsung, Facebook in the race to develop 6G network