Excerpts from The Daily Tech Conversation, with insights on growth, products, innovation, challenges and lessons along the way 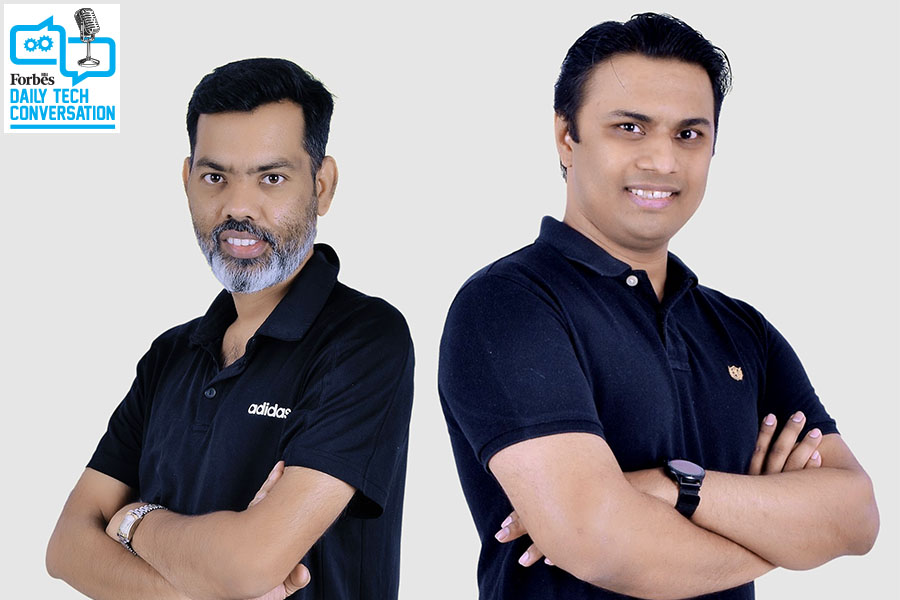 Apoorv Shaligram and Uttam Sen have raised funding from investors including Speciale Invest, CIIE and Micelio Mobility for their cell technologies startup. They’re starting with an R&D centre in Bengaluru to develop and manufacture lithium ion cells that they say will cost less to make than those in the market today, while offering better performance all round. Edited excerpts:

As you know batteries heating up is one of the biggest issues, we started with this one question: Can we eliminate the heat in the first place? Because what's going on right now is that batteries heat up and then we try to cool them.

Naturally, the better way to do it obviously would be that if the battery did not heat in the first place. Then there is manufacturability and the need for consistent quality. We came up with this tech wherein the operational cost, the energy cost, actually goes down by more than 50 percent, lowering the Capex significantly.

Overall, not only do we get a better product in terms of performance, where the battery doesn't heat, it can be charged faster, it has a much longer life. On the other hand, we have cells which can be manufactured at very large scales with much better economics.

Q. Give us a sense of where you are at today in terms of commercialising the product. What timeline are you working towards?
We are in the R&D stage right now. We're developing the manufacturing tech for this and it's an iterative process. It's something that will go on for the next six to eight months and, from that point onwards, it goes into generation-one product development.

Once we have a certain set of specifications and performance established, it can be used pretty much across the board. To start with, two-wheelers and three-wheelers could be a good fit. We're targeting that we should be bringing down the charging time to below 15 minutes and without having any impact on the life of the batteries.

What we intend to do is if the battery does not heat up, it opens up room for faster charging. We believe that we should be able to bring down the charging time to below 15 minutes. That would give more confidence to the EV buyers as well that the vehicle can be charged in 15 minutes. We can probably work with a lot of our customers on how the battery packs are developed.

Also read: EVs are all the rage. Will the charging infrastructure catch up in 2023?

Q. What are your views on the cell chemistries you prefer and so on?
Most people tend to think just in terms of NMC (nickel, manganese, cobalt) cells or LFP (lithium, iron Phosphate) cells. We actually try to convey that what we are building is actually a cell platform, which doesn’t have to do with a particular chemistry.

And lithium? Obviously we (India) will be importing for the next few years, at least until the recycling ecosystem kicks in and actually starts giving enough lithium back. We are always going to have that certain amount of lithium import challenge. We do not want to aggravate that by adding nickel and cobalt to it (as in the case of NMC cells), because then there are three supply chains to worry about.

This new variant also offers improved energy density of batteries and the same voltage as the conventional NMC cells.

Q. What are the benchmarks like today, in terms of global costs per unit energy (kWh) at the cell level?
It had come down to somewhere between $105 to $115 until last year. Towards the end of 2021, it actually started picking up again because the global EV consumption increased. There was stress on lithium supply chains. Of course, after February 2022, when the metals prices started skyrocketing, it had a big impact on these battery cells, especially the NMC battery cells.

Ours is more of an evolving ecosystem, still almost at infancy in terms of pure demand. We actually do not have the bulk demand for battery cells as some of the other (rich) countries.

Most of our EV sales are in the two-wheeler segment versus the global EV sales that are in the four-wheeler segment. Four wheelers have a 10X or 20X bigger battery. Such segments have enough bulk demands to actually get the price advantage. Our players don't.

Over the last two years, the price of lithium as gone up almost 10X, which makes a difference even though lithium is a very small fraction of the battery.

Over the span of the next decade or two, the global battery consumption will go up by a factor of almost 20X. That kind of cell manufacturing capacity does not exist today. It's not going to be possible for any one country to be the factory of the world anymore.

India should have its own giga factories too. Even those become small units when we start talking about the terawatt hour requirement of battery capacity.

Also read: Not much to show with scooters, Piaggio wants to win over the three-wheeler market

Q. What are your next steps?
We are looking at the product to be ready in a year's time. That's when we look at pilot scale manufacturing in the range of a couple of hundred megawatt hour range. This will help us better understand any problems in the ecosystem from suppliers to OEMs and the performance of the cells as well.

Once the pilots have run for about a year, we’ll have enough data to start thinking about expansions. This will include setting up giga factories. There can also be models where we partner OEMs in setting up their own cell manufacturing for customised versions of e-Trnl Energy’s products. That, however, is 3-4 years from now.