India has more car owners than parking slots, and Amit Lakhotia is building a super app to allay their everyday woes 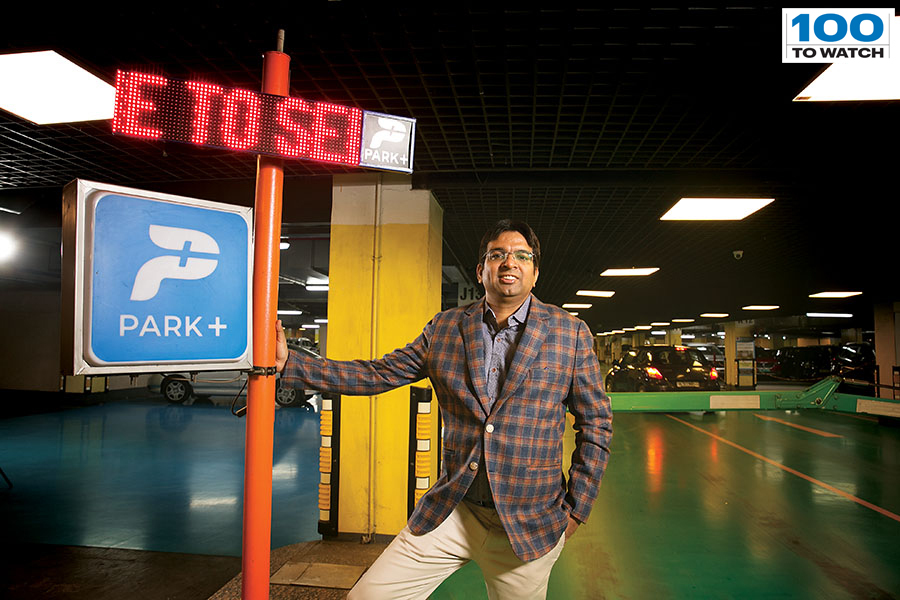 Amit Lakhotia, founder, Park+. Since its launch, the company has also forayed into ancillary services, including offering insurance, FASTags, tying up with original equipment manufacturers (OEMs) for service and other help. Image: Madhu Kapparath

Amit Lakhotia has seen it firsthand, like many others. On most mornings, while working as a vice president at Paytm in Noida in 2015, Lakhotia would struggle to find parking for his car. “There were days when I would call for a meeting at 10 am and would be struggling to find parking at 9:50 am,” he says. “Inevitably, you are always going around in circles hoping that you find a slot. At that point, you don’t care about the price of parking, and you just want to finish with the hassle because the whole thing is stressful.”
Lakhotia’s woes aren’t unfamiliar to millions of car owners in the country as vehicles often outnumber parking slots available. Three Indian cities find a spot among the top 20 cities in the world with the worst traffic, according to TomTom, a Netherlands-based global provider of navigation, traffic and map products.

While Lakhotia couldn’t find a solution to solving that menace then, he did come back with a solution after a stint with Tokopedia in Indonesia in 2019 to start Park+, a Gurugram-headquartered company that now offers everything from car cleaning to parking at home, malls and office, to paying fines, insurance purchase and renewal, and car service and maintenance among others.
“It is a super app for car owners,” Lakhotia says. Park+ currently has over 700 employees across the country, has raised $35 million in capital from investors, including Sequoia Capital and Matrix Partners, and has emerged as the largest community of car owners in the country with over 60 lakh cars on its platforms. Also read: 100 to Watch: 11 Indian companies finding solutions to real-world
The app is operational in over 20 cities and claims to be the largest FASTag distributor in the country in addition to the largest access control player in India. It also has the largest discoverable parking slot inventory in the country. “Everybody is very happy when they are buying a car,” Lakhotia says. “But the day-to-day issues around a car takes away the joy or delight of owning the car.”

Soon after he had left Paytm, Lakhotia was looking to build a fintech and wealth management product in India. Upon his interactions with some of the top wealth management companies in the country, he realised that unlike Paytm, where he was responsible for bringing in millions of users, wealth management companies, with far lesser users, were bringing in healthy profits.Also read: What is FASTag and how does it work?
Once he moved to Indonesia as vice president of business at Tokopedia, an ecommerce company, he realised that the purchasing patterns were different from India. “Unlike India, people were not conscious about saving small amounts on discounts when they were buying something,” Lakhotia says. 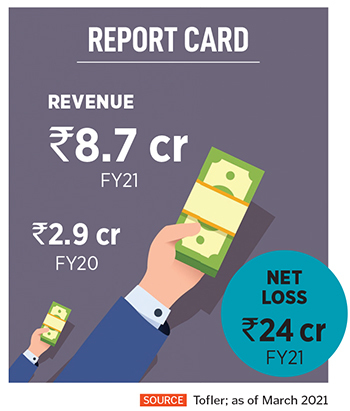 “Indonesia had better per capita income compared to India. That’s when I decided that instead of focusing on 100 million users, I should focus on the top three to five percent of the country’s users who have the money and value their time.”
In July 2019, Lakhotia started Park+ in Gurugram with the idea to solve problems for five percent of the Indian population.
“One thing which is a common characteristic of this five percent is that they all have a car.” A car is a reflection in many ways of how much you earn and is a status symbol, Lakhotia explains. “If you look at it the other way, these are the people who pay 60-70 percent of the taxes of the country and drive the Zaras or Shoppers Stops or ITCs of the world.”
Initially, Park+ started out as a solution for corporate parking, but the company had to go back to the drawing board due to the pandemic. Also read: Auto sector needs to focus on safety, design, electric for success

Lakhotia says since his fundamental reason for starting the business was driven to the ground by Covid-19, making a pivot to access control essential. “The idea was to provide a seamless experience where you don’t need to wait or the guard doesn’t need to approve the entry.” The company started its service in Gurugram before foraying into Mumbai and Bengaluru. “In fact, that was like a category creation because that category didn’t exist earlier,” Lakhotia says.
“Once you put the RFID tag, it can be used for multiple locations.” The company now works with three of the country’s REITs, Embassy Office Parks REIT, Mindspace Business Park REIT and Brookfield India Real Estate, in addition to all the top builders in the country. It is present across 1,500 residential societies.
Since its launch, the company has also forayed into ancillary services, including offering insurance, FASTags, tying up with original equipment manufacturers (OEMs) for service and other help, in addition to corporate services like managing barriers at malls, valet parking solutions and EV charging networks, among others. “In the last 10 years, with technology coming in, it is possible to create a different kind of user experience,” Lakhotia says. “When I go to Amazon, what I see is primarily books, while it is different for my wife. So, this personalisation hasn’t happened in the offline world, and we said let’s get everybody on board in the auto space.”The company now reckons to touch base with one in every three car users by March 2023 and has already built up a steady revenue stream. “The good thing is that everything around a car has a transaction, and every transaction comes with a cut,” Lakhotia says. “For access control, the society pays me. For FASTag, banks pay me, for car wash, the consumer pays me, and for insurance, the company pays me a commission. So, every transaction comes with a cut. We process a few hundred crores of transactions every year from the consumer side alone.” Also read: Young car buyers are conscious about safety and the environment: Tata Motors' Shailesh Chandra
Now, the company is firming up plans to strengthen its business in Tier II and III cities and is planning to set up 10,000 EV zones in the country within the next 15 months. Already, Park+ is valued at over $160 million.
In August, it launched a new feature where it lists features of new cars and has already built up a database of 1,800 cars in the country. The company is also gearing up to expand its presence globally and is planning launches in Dubai and Singapore, in addition to lining up newer products, including car loans and insurance. “Wherever there is a car, there is potential for us,” Lakhotia says.
As the only player in its segment, it would seem like things can’t go very wrong from here for Park+.

Tweets by @forbesindia
'As an entrepreneur, you need to have a microscope and a telescope at the same time': Sunil Vachani of Dixon Technologies
Photo of the day: Protest against lockdown