With stock options and global benchmarks, the compensation of CEOs of listed Indian IT service firms is far higher than that of their counterparts in other industries 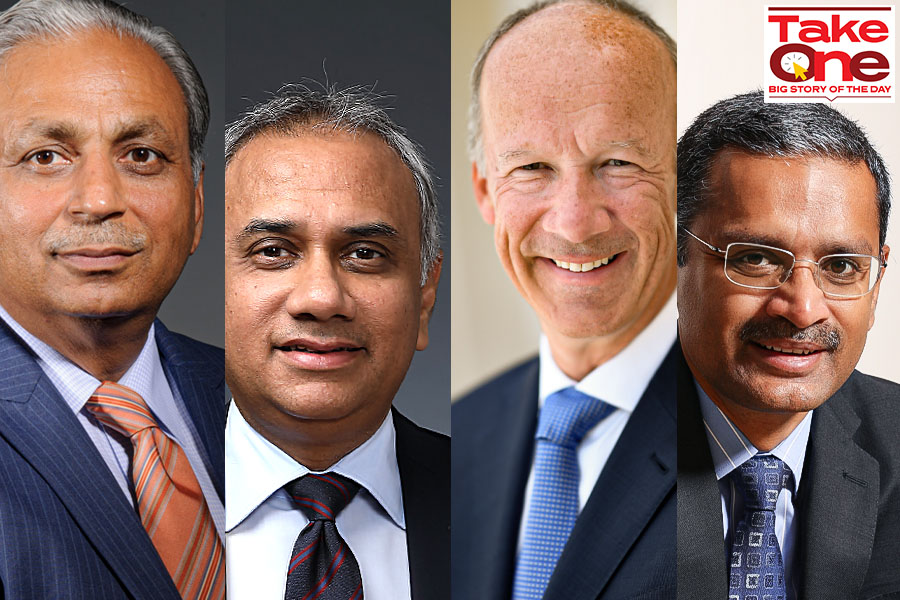 Over the last five years CEOs of Indian IT firms have seen a large bump in their compensation. This large increase hasn’t been the norm across sectors an analysis by Forbes India shows.

The reason for this jump has been two-fold. First is the liberal grant of stock options, which are often in the form of restricted stock units (RSUs). These usually have a vesting price of Rs1-5 and are certain to vest after a fixed time period. Salil Parekh of Infosys received a part of his compensation in the form of RSUs.

In other cases liberal stock grants as in the case of CP Gurnani of Tech Mahindra have meant they’ve managed to cash out at a hefty premium on account of the increase in the company’s market cap. Only Rajesh Gopinathan of TCS did not receive stock options as TCS does not have an ESOP plan. But he was compensated with commission that is given out based on performance parameters being met.

The net result is that in case of four large Indian IT services forms–Infosys, TCS, Wipro and Tech Mahindra–CEO compensation (with stock options included) is between 200-1,000 times the average employee compensation that ranged from Rs500,000 to Rs800,000 in 2021-22 (see graphic). 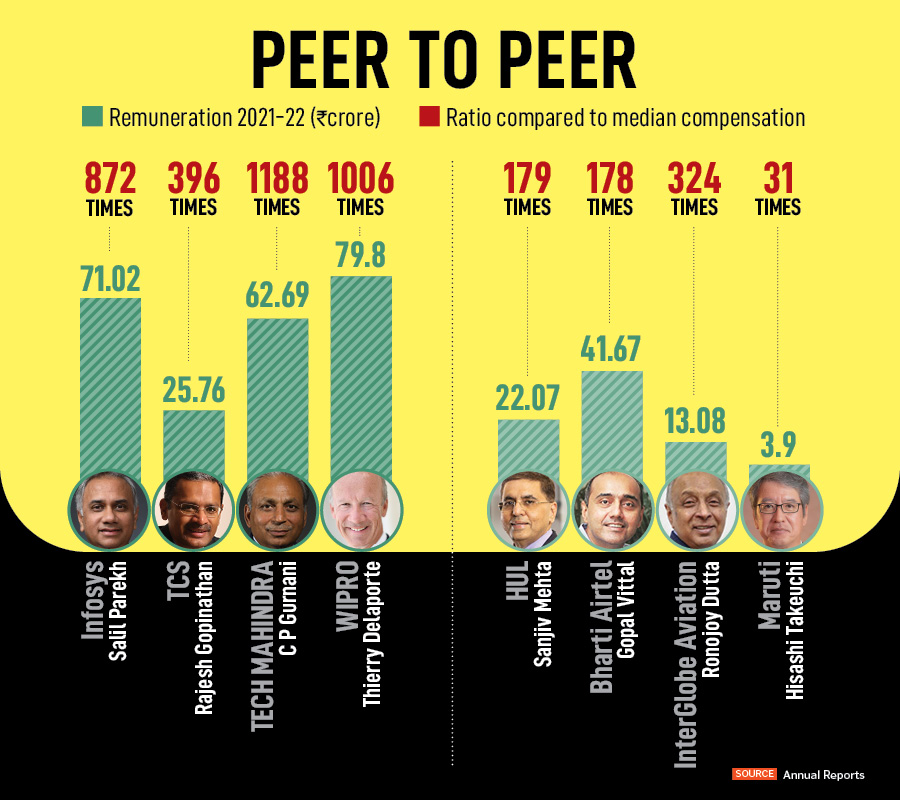 When compared to their counterparts at other large companies–Hindustan Unilever, Maruti, Bharti Airtel and InterGlobe Aviation–the disparity is even more stark as at Rs41 crore the highest compensation was received by Gopal Vittal of Bharti Airtel in March 2022. Compare this to the Rs79 crore Thierry Delaporte of Wipro received in 2022 and the contrast is stark. As a result the ratio between CEO compensation and average employee compensation is rarely over 200 times at any of these non-IT companies.

The most egalitarian from the lot surveyed by Forbes India is the country’s largest carmaker–Maruti Suzuki. The company does not have any ESOP programme and the ratio of the average compensation between the CEO and the average employee ranged between 31 to 46 times.

So what is it about it IT services firms that prompts such high pay?

Kamal Karanth, co-founder, Xpheno, a specialist staffing company, lists various factors. The high-margin business nature of technology companies creates high value enterprises that are largely incomparable with similar-sized enterprises in other sectors. In effect, these CEOs generate a lot more profit per unit of capital employed. The global peerage these CEOs relate to and connect with, both as counterparts and as clients, puts a high premium on them. Enterprises deem it essential to keep the compensation of their CEOs comparable, if not competitive, with global CXO benchmarks. “Tech CEOs drive the largest human pyramid of coordinated effort and excellence, and this is ranked higher than managing tools and machining dependent sectors. The bottom of the talent pyramid is hit by low demand-supply gaps due to the high availability of talent,” says Karanth.

As long as the market for their products as well as their employment opportunity set remains global tech CEOs are likely to demand and get compensated well.

Tweets by @forbesindia
Sex Pistols and 'The Simpsons': The queen in pop culture
Good health is the key to happy life