After a tough Q1 due to rising Covid-19 claims, the private non-life insurer will strengthen presence in motor and crop insurance following merger with Bharti Axa in September, says CEO Bhargav Dasgupta 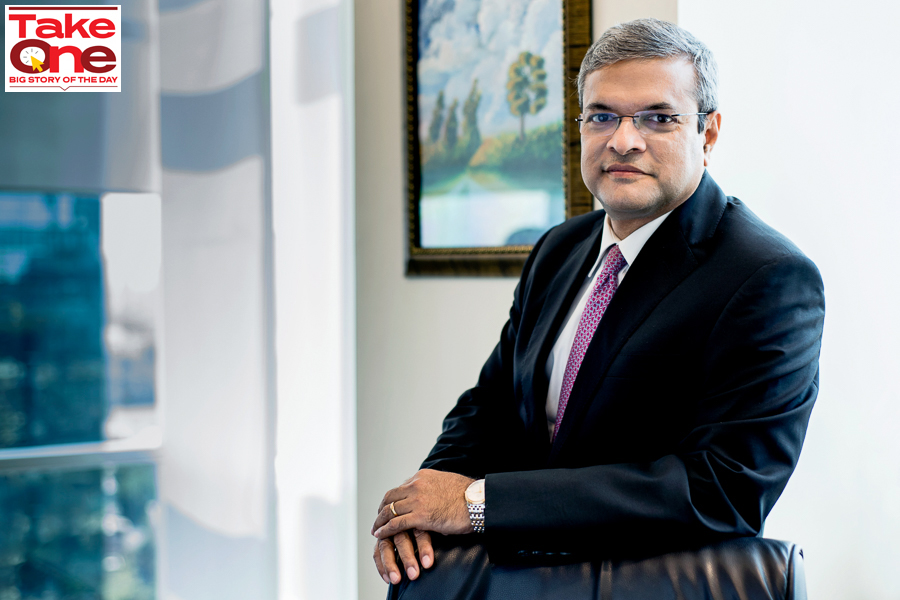 ICICI Lombard saw headwinds in the first quarter this fiscal, hit by a 61.9 percent fall in net profit due to a sharp jump in Covid-19 health claims in the three months to June. The regulator also kept premium rates for third party motor insurance unchanged since March and fire insurance growth moderated for the company, increasing challenges for growth. But its MD & CEO Bhargav Dasgupta is confident that, after having successfully completed the merger of Bharti Axa General Insurance with itself in September, the multi-lined company is poised for growth across segments. Profit growth in the current fiscal year will lag due to the poor performance of the June-ended quarter, but there are positives emerging. 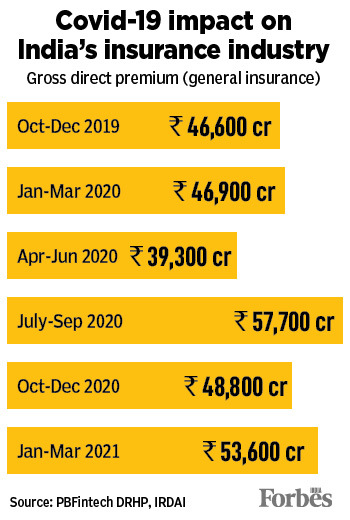 Boosted by the launch and adoption of digital products—during the pandemic—across corporate and retail lines, Dasgupta believes that health and motor insurance, which account for more than half of its current product portfolio, will continue to see a pickup in business. Individual health indemnity business grew 20.4 percent in the June-ended quarter. The new entity with a market share of 8.7 percent (based on premium income) post the Bharti merger is now the second largest non-life insurer in India, behind New India Assurance. The pandemic was financially damaging for health insurers due to a spike in Covid-19 claims, but it has meant a structural shift for penetration of health insurance. “One of the things Covid-19 has done is that it has changed the perception of risk in the mind of consumers, particularly when it comes to health,” Dasgupta told Forbes India in an interview. “It also changed the comfort which customers now have in accepting digital technologies.” The second wave was more impactful than the first, which took insurance companies by surprise. The industry has been hit by claims worth Rs 30,000 crore so far. In Q1 this fiscal, the industry received around 10 lakh Covid claims, compared to 9.8 lakh for the whole of 2020. Of this total figure, ICICI Lombard received 4.5 percent of the claims. Dasgupta hopes the Covid-related claims will start to decline in the coming quarters. “We have seen in other countries that with rapid vaccination, the new cases and death peaks are lower than seen in previous waves. India’s vaccination progress is positive and we hope that, by next year, Covid will become an endemic,” he says. The insurer has, however, geared up for a possible third wave, focusing on automated products and hiring of temporary staff to service customers. 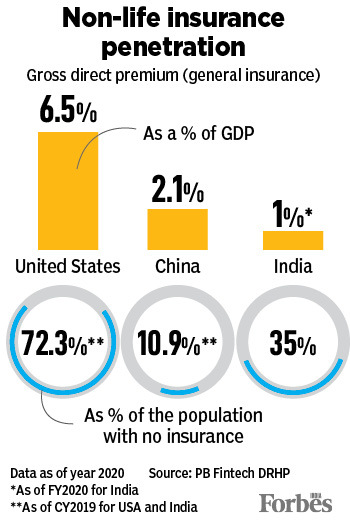 Profits hit but positives ahead

For ICICI Lombard, Covid-19 claims had risen 30x to Rs 602 crore in the April to June 2021 quarter, compared to Rs 20 crore in the corresponding quarter last year. “We cannot do much [about profitability], it has already happened,” he says, but FY23 is expected to be better.Dasgupta is hopeful that, after a gap of two years, the regulator IRDAI will going ahead announce a price correction increase in motor third party insurance premium rates (to account for inflation), particularly since vehicle usage is slowly getting back to normal. ICICI Lombard’s loss ratio— the ratio of losses to premiums earned—for motor own damage (OD) rose 520 basis points to 68.1 percent while that for motor third party (TD) rose 40 basis points to 70.6 percent. The combined ratio for ICICI Lombard—incurred losses and expenses divided by the earned premium—has also worsened to 121.3 percent in Q1FY22. A ratio above 100 percent means it is paying out more money in claims than it is receiving from premiums. “This year, the combined ratio will be elevated,” Dasgupta said. Much of this could also be due to the fact that non-Covid19 health claims rose 111.8 percent in the June-ended quarter, compared to Q1 FY2021. The general insurance industry in India has been growing at a 15-16 percent compounded annual growth rate (CAGR) over the past 13 years while it slowed to a 5.2 percent growth in FY21, amid the pandemic. Dasgupta is confident that once the pandemic concerns wane, the industry “will be back to its standard mid-teen growth rates.”The motor insurance market has been stagnant for the past 3-4 years, growing just 0.8 percent CAGR in gross direct premium income (GDPI) in the first five months of FY18 to the first five months of FY22, according to an Emkay Research report. “The slowdown in new vehicle sales continuing from pre-Covid-19 times, muted the tariff hike in motor third party business and sustained competition in OD pricing (especially by the new entrants and struggling PSUs) moderated growth materially,” Avinash Singh of Emkay, said in the note. 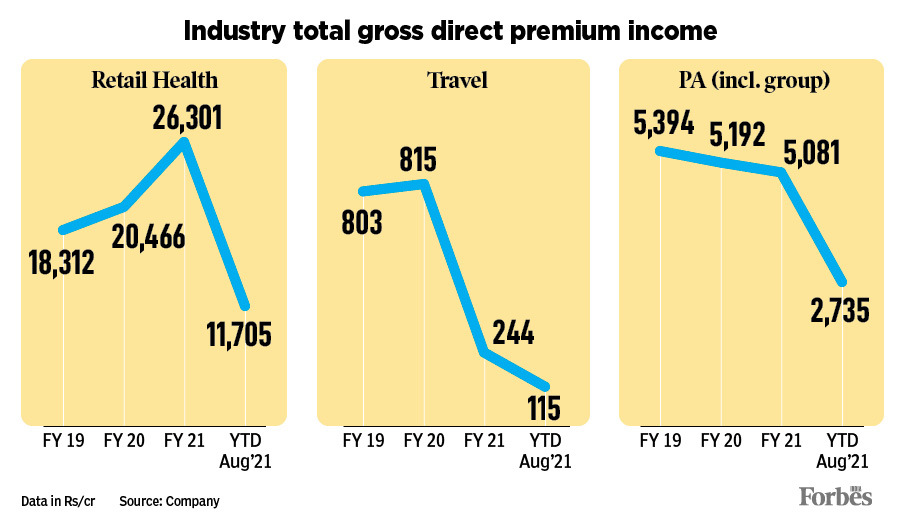 Post the Bharti integration, ICICI Lombard has become the second largest motor insurance company, and scale advantages are being seen to provide customers better servicing. “We are making the process relating to claims hugely seamless,” Dasgupta says. The insurer uses InstaSpect—whereby customers can raise instant motor insurance claims by streaming a live video through a mobile app—to settle claims and about 82.1 percent of motor OD claims are being done through InstaSpect, as of June 2021, compared to 60.8 in the March-ended quarter. Similarly, in the other segment of motor TD, 75 percent of processing of motor break-in (when the insured forgets to renew the motor vehicle insurance, leading to a lapse)— is done using artificial intelligence (AI) from an inspection app. 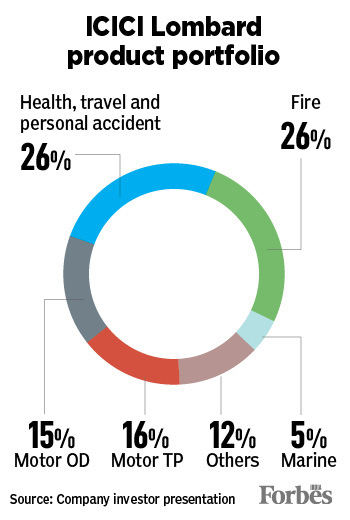 In the health business too, ICICI Lombard is using AI and machine learning (ML) technology to settle claims. For corporate health policies, about 62 percent authorisation is being done without human intervention, using AI. “Earlier a doctor would look at the case papers got from the hospital, compare it with the policy document, see if illnesses or the accident was covered and if found genuine, start the procedure to pay the claim. Now the process is automated…only if the AI engine rejects it, then a doctor would intervene to see if the rejection is valid or not,” Dasgupta says. “We are running as hard as we can to stay ahead of the pack. But it would be arrogant to say we have cracked the code.” During the pandemic, ICICI Lombard launched a tele-communication service and a home-based cashless care service called IL Takecare. “Traditionally, health insurance only looked at sickness and not at the continuum of care (wellness, preventive, out-patient, pharmacy or one-day treatment),” Dasgupta said. The app has seen 8 lakh downloads in the last 18 months. 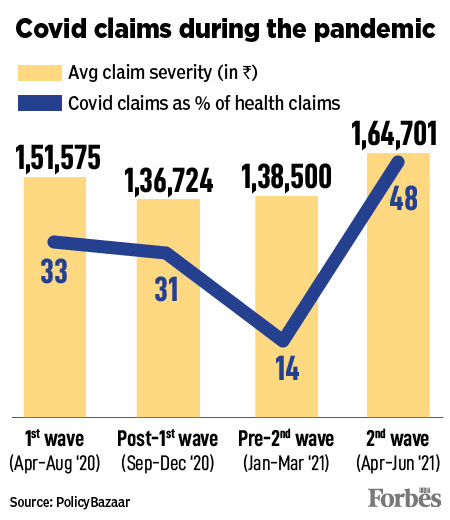 Another business vertical which will see more business after the merger is crop insurance. In 2019, ICICI Lombard had decided to exit crop insurance as return on capital was not favourable after reinsurance companies hiked rates to cover insurers. “Now with the Bharti combine we will meet all the commitments made by Bharti. In the interim, over the next two years, we will also study the sector again,” he said. India’s pace of growth has started to pick up after the opening of the economy. “On balance, I am very optimistic,” Dasgupta said. His optimism comes from the fact that project insurance (engineering), which is met through internal accruals or bank debt, has been growing by 20 percent, the fastest pace in the last five years. ICICI Lombard data shows that Rs 106 crore worth of premium was booked through policies towards 9,177 projects in the 12-month period till July 2021. The pandemic has caused the structural shift in terms of demand for health insurance and accelerated revenues and opportunities for health insurers. As more people opt for such insurance and better coverage, the premiums will continue to rise due to elevated costs. In the coming months, this trend could continue even though Covid and non-Covid claims might continue to rise. ICICI Lombard will hope to see improved growth in the motor and crop insurance segments in FY23. The company will need to continue to use AI and ML to excel in customer service and differentiate itself further from rivals. The roadmap just got clearer with the Bharti Axa merger.

Tweets by @forbesindia
China and Evergrande ascended together. Now one is about to fall
Startup to Scaleup: How Girish Mathrubhootham built the Saas-y Freshworks