Government will have to complete several processes before selling stakes, which will be time consuming and complex 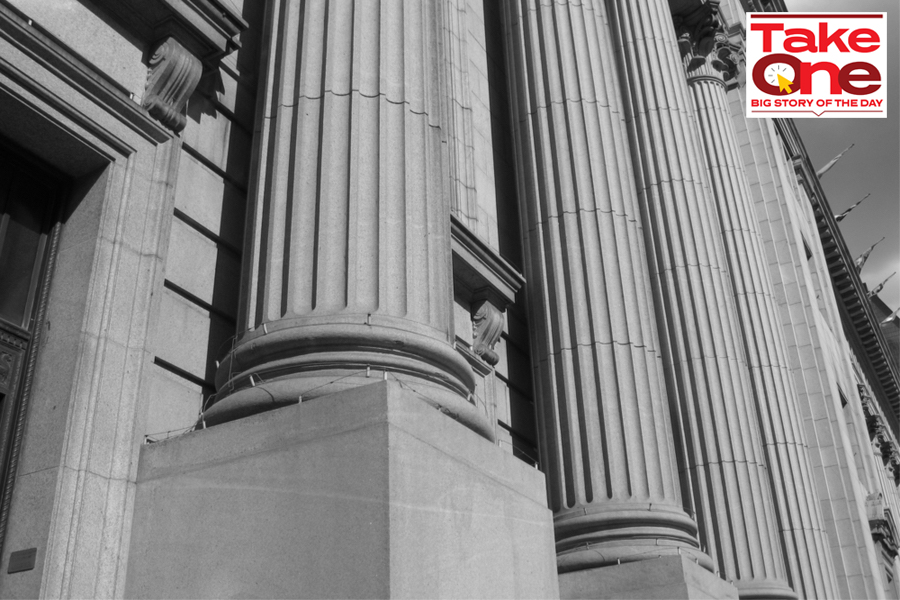 The dust is now settling on the euphoria following Minister of Finance Nirmala Sitharaman’s growth-oriented budget, which didn’t spring any unexpected negatives where taxes are concerned. As we delve deeper into what the government promises, it is becoming apparent that much of the proposed reforms in the banking, financial services and insurance (BFSI) sector are fraught with challenges, which means some of these measures could potentially take years to be completed. Sitharaman, on February 1, announced the move to privatise two public sector banks (PSBs) and one general insurance company. Positive indeed that she said “privatise” and not “divest”. “Other than IDBI Bank, we propose to take up the privatisation of two public sector banks and one general insurance company in the year 2021-22. This would require legislative amendments and I propose to introduce the amendments in this Session itself,” she said in her Budget speech. She also spoke about bringing the IPO of Life Insurance Corporation (LIC) “in 2021-22”, for which the requisite amendments will be made in this parliamentary session itself. Letting go of management control?
What is unclear is whether the government will be letting go of complete management control in these two PSBs. It could well be that they want to sell a small stake in these banks, and allow private investors into them. One option that can be considered is the ‘bad bank’ route preceding the privatisation. “Once the bad loans from all banks is transferred to a holding company, and managed by an asset reconstruction company (ARC), the PSBs will be leaner and their books cleaner, which will make their valuations more attractive to investors,” says an official in a private bank, declining to be named. The process of setting up ‘bad bank’ is expected to take some time. “What support the government will give to the new buyer also needs to be assessed, in terms of due diligence to the book, so that valuations are the best possible.”  The second option is to privatise IDBI Bank quickly, which will pave the way for privatisation of the two other PSBs. The government and LIC have a combined 94.7 percent shareholding in IDBI Bank, as of September 2020.  The government will also need to make amendments to the Banking Companies (Acquisition and Transfer of Undertakings) Act, 1970, wherein changes to ownership of the government in these banks will have to be made. Which two PSBs?
Once again, there are more questions than answers. The jury is out on which two state-owned banks are being considered, of the current 12. The government would like to privatise the weakest banks, but an investor/buyer would prefer to pick up stakes in the strongest PSBs.

Of the 12 banks, excluding large bank State Bank of India, others such as Bank of Baroda and Punjab National Bank are among the largest, and have digested the mergers that took place in 2019. These, along with Canara Bank, can be seen as good candidates. As a group, PSBs have struggled in terms of asset quality and capitalisation, compared to private sector banks. The gross non-performing assets (NPAs) ratio of India’s banks stood at 8.5 percent, of which for PSBs it was 11 to 11.5 percent, while for private sector banks it was 4 to 5 percent. Similarly, capitalisation of PSBs has been weaker than private sector banks, and is estimated to be Rs 2.6 lakh crore, according to Crisil. The one area where PSBs have been relatively sound is in their resource mobilisation of deposits, where deposit growth has been strong for most PSBs and investors have not lost their deposits. “The privatisation of these banks will not happen tomorrow. It all depends on the will power of the government to push for these measures. If this is done taking bank unions together and ensuring that there are no or few job losses, the process can be done quickly,” says Krishnan Sitaraman, senior director at Crisil. After all, the government had managed to introduce the Insolvency and Bankruptcy Code relatively quickly in 2016, though it was a complex but game-changing legislation.  "The intention that the government has shown is strong and the language is clear. The government appears to be fine with letting go of the management control" says Rupen Rajguru, head of equity investment and strategy at Julius Baer India. However, both Sitaraman and Rajguru agree that while the intent is strong to complete the process in FY22, the actual privatisation of these banks could move to the next fiscal year. Disinvestment target achievable
For the public listing of LIC, amendments will have to be made to the LIC Act. The government will also need to consider how surpluses are paid. LIC currently pays 5 percent of its surplus to the government, and the balance to existing policyholders. This will need to be changed, say experts. A separate team of legal advisors will decide on the embedded value of LIC, which the insurer does not publicly reveal. Unlike corporates, for insurance companies the embedded value or the implied value of new business are important matrix to determine valuations. The government, in December, chose Milliman, a consulting firm, to carry out LIC’s valuation.   Experts thus prefer to look at a valuation multiple based on assets under management (AUM), which offer a perspective into the sum total of all renewals that have come over the years and withdrawals paid to policyholders. LIC’s total assets was Rs 31,96,214.81 crore in FY20, against Rs 31,11,847.28 crore for the previous year. A listing at the markets will not just mean an obvious increase in transparency, but also the reporting of quarterly performance, and greater accountability to a new set of shareholders. LIC, by its very existence and massive AUM, has always been considered the buyer of last resort by the government to bail out companies or issues. The government is likely to offload around 10 percent in LIC, though this is yet to be fixed.  According to the estimates made by various analysts, the size of the upcoming LIC IPO would be between Rs 70,000 crore to Rs 1 lakh crore, according to a previous note from Motilal Oswal Securities. According to the government’s estimation, the LIC IPO valuation is pegged between Rs 13 lakh crore and Rs 15 lakh crore. However, most analysts and experts estimate this figure to be around Rs 8 lakh crores to Rs 11.5 lakh crore, the note says. There is no doubting that the LIC IPO will attract the best of institutional investors, global and domestic. Thus, if the LIC IPO goes through alongside the expected stakes sale in BPCL or CONCOR or even Air India, the government will easily be able to cross its disinvestment target of Rs 1.75 lakh crore set for FY22. There is speculation about which government-backed general insurer is going to be privatised. In previous years, there were plans to merge three state-owned general insurance companies—National Insurance Company, United India Insurance Company and Oriental Insurance Company—by the end of March 2020. But this is yet to take place. Now the government has done a turnaround and decided to possibly privatise one of them, with the exclusion of New India Assurance, which is a healthier operating insurer.

Tweets by @forbesindia
M&A and Investments 2021: Siddharth Mody
How to sell in a virtual world 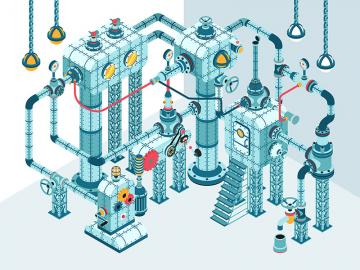