The bank will now get a stickier loan book and can become an aggressive lender in the mortgage loans space. The deal will ring alarm bells for other banks, who need to build scale and strength in the form of data, distribution muscle and cost of capital 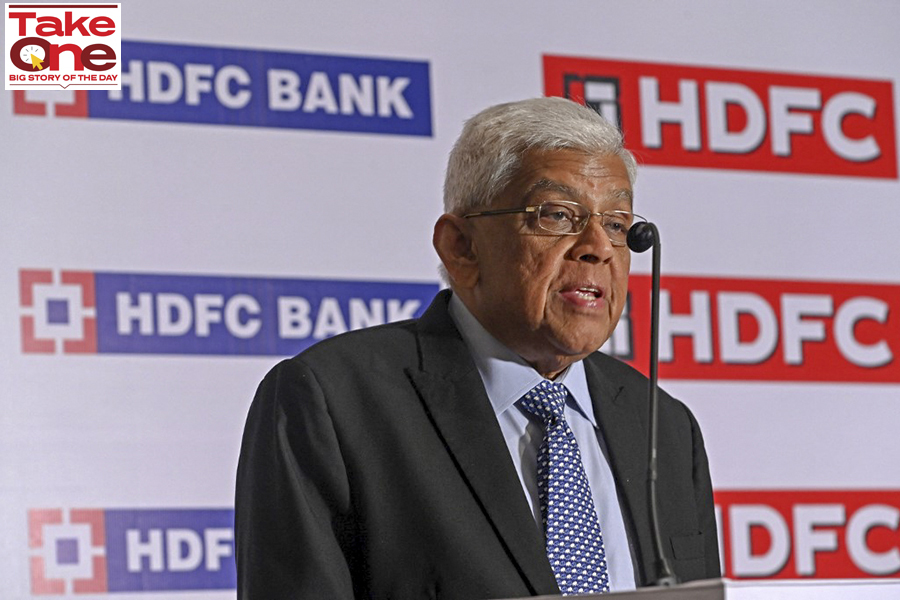 Over seven years since first considering the merger of mortgage lender Housing Development Finance Corporation (HDFC) with the largest private lender HDFC Bank, the inevitable was announced on Monday, April 4.

The HDFC board has approved the merger with HDFC Bank, which would include its wholly-owned subsidiaries HDFC Investments Limited and HDFC Holdings Limited with HDFC Bank. HDFC will own 41 percent in HDFC Bank. HDFC’s shareholders will get 42 shares of HDFC Bank for every 25 shares of the non-banking financial company (NBFC) held by them.

The deal, which regulatory approvals pending, is likely to be completed over the next 12 to 18 months, officials of both institutions say. Till then, both institutions will continue to function are independent entities, as they are today.

HDFC Chairman Deepak Parekh in his opening remarks to announce this mega-deal said: “No member of the press could decipher this. Tomorrow's news you are supposed to give today. I was disappointed. You failed this time,” he said jokingly. The boards and legal teams of both organisations had been actively working towards the deal for the past three weeks. “This is a merger of equals,” he said.

Investors cheered the move in early Monday trade, with both HDFC and HDFC Bank stocks gaining handsomely. HDFC Bank rose as much as 14.3 percent to a day’s high of Rs1,721.8 before retracing marginally to Rs1,656 in afternoon trade. HDFC stock froze in early trade Monday at Rs621.5, up ten percent over its previous close. This merger will likely create India’s third largest company by market capitalisation, behind Reliance Industries and TCS. 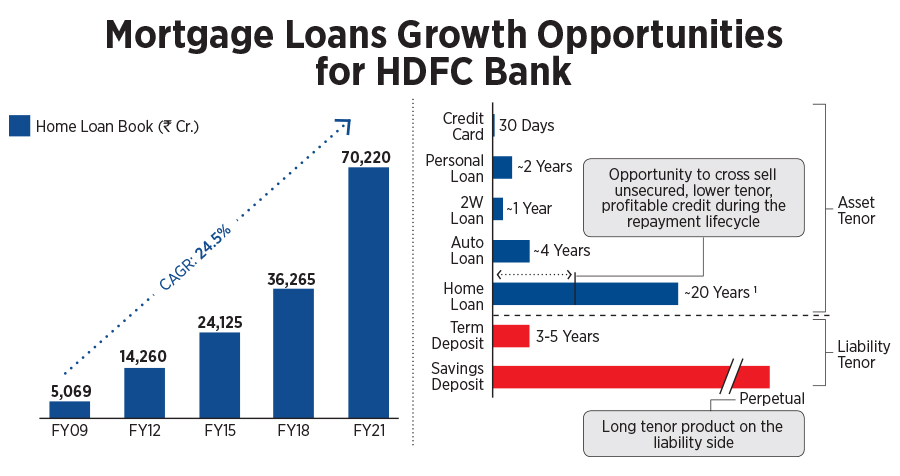 Parekh in previous years has spoken about the possibility of the merger of HDFC with HDFC Bank. It was not seriously considered or did not materialise during 2015 as the regulatory environment was not conducive enough. In recent years, the Reserve Bank of India (RBI) has been tightening the regulatory and capital norms for NBFCs, which includes HDFC. This meant that NBFCs could not really function within a lower level of regulation. Being part of a bank probably made more sense at this stage.
The second reality is that HDFC Bank, though an aggressive private lender, has been a weak player in the mortgage lending space. Home loans forms only about 6.2 percent of HDFC Bank’s product wise lending book and another 4.5 percent is loan against property, based on the bank’s December 2021 data.

“HDFC Bank will enable seamless delivery of home loans and leverage on the large base of over 68 million customers of HDFC Bank,” Keki Mistry, vice chairman and CEO, HDFC, told media. Home loans are very sticky assets for banks, once you get the customer, he/she will bank with the institution for 15-20 years.

HDFC Bank CEO Sashidhar Jagdishan confessed that in the home loans space, the bank “had been losing customers to other banks” in recent years. In fact, cross-selling of home and life insurance products is being highlighted as the key factor for the merger at this stage. In recent years, besides private sector banks such as ICICI Bank and Kotak Mahindra Bank, a range of housing finance companies such as LIC Housing Finance, L&T Housing and IIFL Housing have been aggressive lenders to customers.

Alarm bells for other banks

Top fund managers and analysts welcomed the rationale and the timing for the deal. “HDFC Bank was selling home loans but down-selling them to HDFC. To keep its loan book growth at 20 percent mark, HDFC Bank had to run very hard originating shorter-tenor retail assets. Now, the tenor of HDFC Bank’s assets will move up and the loan book becomes stickier. For every drop of sweat that HDFC Bank expends, they get greater bang for their buck,” Saurabh Mukherjea, founder of Marcellus Investment Managers. 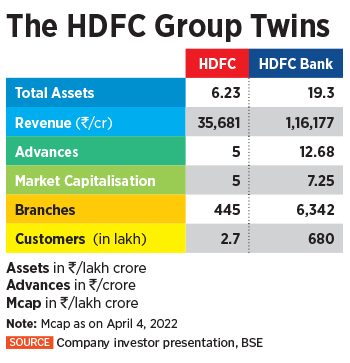 Independent banking expert Hemindra Hazari says, “For some reason, they probably felt that HDFC on its own would find it difficult to continue to operate…the merger will assist HDFC now. One of the major challenges of such a merger is, of course, the culture. HDBC Bank is a dominant player, in terms of balance sheet size and employees strength.”

“The merger will help expand the customer base and build the product portfolio in the housing loan category. This merger might be a game-changer in their segment,” says Manoj Dalmia, founder and director of Proficient Equities.

While this merger will play out over the next 12 to 18 months, it does sound alarm bells for existing banks. Already recently, Axis Bank has announced strengthening its retail banking business by acquiring Citi India’s consumer banking business for $1.6 billion.

Mukherjea says there are considerable economies of scale in running large scale financial services operations, in the form of data/technology, distribution muscle and the cost of capital. “Now, four large empires are being built out: HDFC Bank empire, Axis Bank empire, ICICI Bank empire and the Bajaj Finserv-Finance empire.  It will put enormous pressure on everybody else who does not have this scale,” Mukherjea says. “The bugle has sounded out loud and clear, either get big or die trying.” It will thus pave the way for more mergers and acquisitions for the other banks and NBFCs.

Tweets by @forbesindia
Simply speaking: Problems, solutions and creativity
The Lexus NX is back. Here's what that means for you