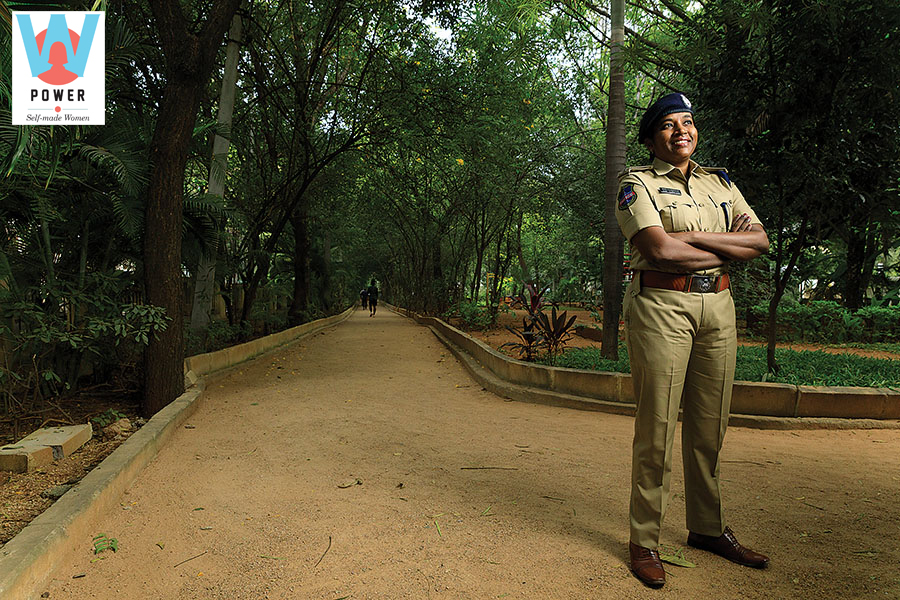 Before she became an IPS, Rema Rajeshwari did a Master’s in computer science. It’s perhaps no coincidence that the 42-year-old cop, the first woman IPS officer from her home district in Kerala’s Idukki, would often weave her passion into her profession. “I have a very strong academic interest in new-age crimes. And since the 2016 US elections, I have been following how misinformation has become a tool for influence operations,” says Rajeshwari.

Yet, in 2018, when Rajeshwari, then the district police chief of Telangana’s Jogulamba Gadwal region, received reports of villagers ganging up and attacking strangers “it didn’t occur to me that the malaise that had exploded with the US elections would trickle down to a backward, low-literacy district in Telangana”. Gadwal had a history of factional political violence, hence occasional brutalities weren’t unheard of, but her beat officers pointed the finger elsewhere. “They found two WhatsApp videos doing the rounds and spreading rumours of a kidnapping and an organ harvesting gang on the prowl,” says Rajeshwari. The digital gossip blew up into a law and order problem.

But it wasn’t one to be resolved by the books—no patrolling was ever going to be as fast and fuss-free as forwarding a message on social media. So, Rajeshwari launched a community outreach programme through which police officers went door-to-door to educate villagers on malicious fakes, and roped in local performers, village seniors as well as self-help groups to perform skits to highlight the message. In 2019, she was transferred to the communally-sensitive Mahabubnagar district where, too, she got her officers to propagate social messages through storytelling. But, in March 2020, Covid struck and Rajeswari had to withdraw her troops from the field.

“The first few months were hectic and my force was extremely stretched,” says Rajeshwari. “We were focusing on contact tracing, enforcing lockdowns, transferring patients from homes to hospitals, extending support to health care workers and taking care of essential supply management.” As the migrant crisis unfurled, workers from nearby Hyderabad began to stream along National Highway 44 that goes right through Mahabubnagar, heading towards Karnataka, Chhattisgarh and Uttar Pradesh. “We rescued families that were looking to walk till Kanpur,” says Rajeshwari. “We established shelters, facilitated the setting up of Centre’s food bank on the highway for the migrant workers, arranged special trains and protected them from locals who were scared that they were carrying the virus along.” Rajeshwari also oragnised mobile safety teams for victims of domestic abuse, which was emerging as a shadow pandemic. 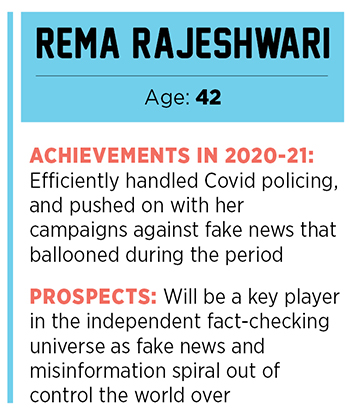 In the meanwhile, fake news was also ballooning into a silent epidemic—migrant labourers were attacked for being “superspreaders”, so were people from the Northeast for being “Chinese” (among whom Covid-19 was first detected), homes with patients were ostracised and fake Covid cures were being circulated with impunity.

A recent study, ‘Prevalence and Source Analysis of Covid-19 Misinformation in 138 Countries’, in Sage’s International Federation of Library Associations and Institutions journal said that India produced the largest volume of social media misinformation on Covid-19. “Faced with a surge of fake news, I had to reactivate my social media monitoring cell and revive the field-based storytelling campaigns and educative videos,” Rajeshwari says. She sent out forces on the field that enacted awareness messages on handwashing and masks to keep away Covid. She got her team to make small videos, stitch them into movies and circulate them among the locals through social media as well as the local media.

“Rajeshwari is a legend in the police circles and is a great example of how to combine friendly and regulatory policing,” says S Venkata Rao, the collector and district magistrate of Mahabubnagar, who worked closely with her during the Covid outbreak. “During both phases of Covid, she’s been on her job 24x7. With her support, we could restrict the number of Covid cases to only 11 in the first four months. She’s also been tremendous in times of the migrant crisis—she helped us organise transportation to send the labourers home and took stringent action against those spreading misinformation.”

Asked about the most challenging times over the last year and a half, Rajeshwari can’t pick any. “There have been so many,” she says. “If you look at how misinformation is managed in India, even today there’s a trust deficit with police officers. Indians tend to believe WhatsApp messages over what the cops are saying.”

Having said that, she admits the fact-checking ecosystem has evolved over the past few years. It was exclusive to a few and often bypassed earlier, but now there is a growing awareness to verify information being circulated on social media. “You’ll notice that in the recent past we haven’t had any instances where misinformation had the potential of killing people, like it did in 2017, triggering mob lynchings in Jharkhand, West Bengal, Tamil Nadu, Karnataka etc,” she says.

With her stint in Mahabubnagar now over, Rajeshwari is awaiting her next posting. She doesn’t know where she’s headed, but one thing’s for certain: Her crusade will go on.

Tweets by @forbesindia
Sanya Malhotra: The inquisitive actor
Vikas Gopal at TCS on the imperatives facing global CFOs and how tech is changing the world of consulting