$17 million in a year: Why are investors queueing up at Dukaan?

It all started with Jockey underwear. Then the goats started bleating. And finally Nivea got into its lotion act... welcome to Dukaan, an online retail platform 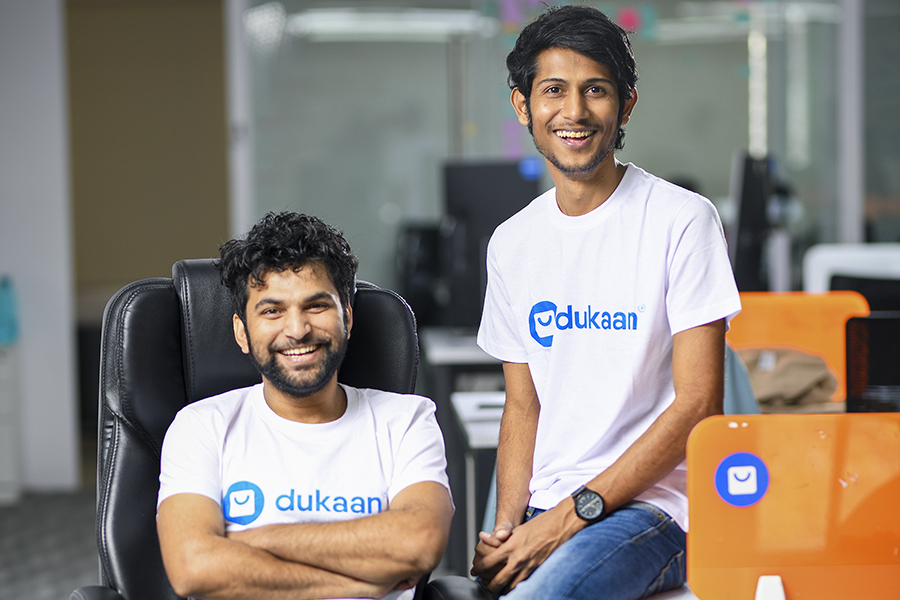 Subhash Choudhary, Co-founder and CTO, Dukaan (L) with Suumit Shah, Founder and CEO, Dukaan (R)
On one of the lockdown mornings last April, Suumit Shah got a WhatsApp message from an anonymous number. ‘It was weird,” recalls the serial entrepreneur. The sender happened to be one of the local retail store owners from Indiranagar, Bengaluru, who was desperately trying to sell Jockey underwear in a PDF format. “Here's the list of items we are selling. Please have a look at the PDF and let me know which one you want to buy,” read the message.

Shah was baffled. What was weird was not that the shopkeeper knew the innerwear brand used by Shah, but the fact that the poor chap was using a primitive method to sell his products. “Why doesn’t he have an ecommerce store?” wondered Shah, who started his professional innings with online realty firm Housing as digital marketing manager in 2014. Over the next few years, he went on to work for TinyOwl, and founded two startups—RiseMetric, a digital marketing agency, and Rankz, a content marketing platform.

The Jockey message opened up a can of unanswered questions for Shah, and all revolved around the shopkeeper. How would he be keeping track of all orders? What if an order comes from outside Bengaluru? “WhatsApp doesn’t give any service for geo targeting kind of feature,” he wondered. The curiosity made him explore the pain points of the small businesses. And then came the idea: Ek simple solution banate hain (Let’s make as simple solution). The plan was to enable offline merchants come online, and the product was Dukaan, which Shah rolled out last June along with Subhash Choudhary. 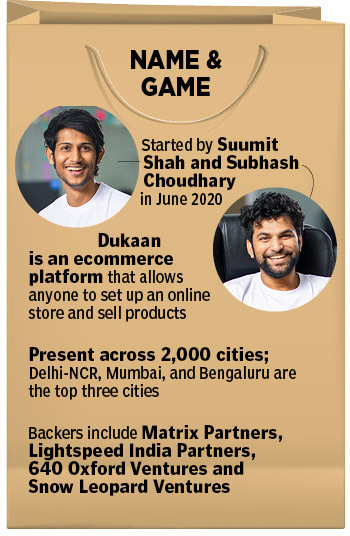 The co-founders wanted to keep the on-boarding process as simple as possible. The shopkeepers needed to sign up on the app, they would get a OTP (one-time password), then they could write the name of their business and start adding all products. Every seller would get a unique link where they would be able to display whatever they are selling. “Even a person with zero tech background could do it,” he recalls.

And this is what happened. One of the first user cases brought a Eureka moment for the co-founders within a week. A 60-year-old opened his own online shop on Dukaan, and started selling goats! “We now knew Dukaan would work,” he recounts. Angels and early backers heard the bleating of goats, and clatter of all kinds of stores—grocery, restaurants, fruit and vegetable—that were coming online in a seamless manner.

In October, just four months after starting, Dukaan raised $6 million (Rs 44 crore) in its seed round led by Matrix Partners and Lightspeed India Partners. What was equally interesting was that over a dozen marquee angel investors—Ryan Hoover, founder of Product Hunt; Jitendra Gupta, founder of Jupiter; and Shashank Kumar, founder of Razorpay—lined up to back the fledgling venture. Dukaan had a grand opening.

Tarun Davda, managing director at Matrix India, explains why the VC fund became one of the early consumers—read backers—of Dukaan. The trigger was the pandemic, and Dukaan turned out to be a vaccine for offline shopkeepers. “Dukaan aims to digitise millions of Indian merchants and empower them to take their business online,” he says. Small businesses, he lets on, are turning to technology faster than ever to survive the pandemic. Within three months of its launch, Dukaan managed to generate over 12 lakh orders for its merchants. The ecommerce platform had a promising start. 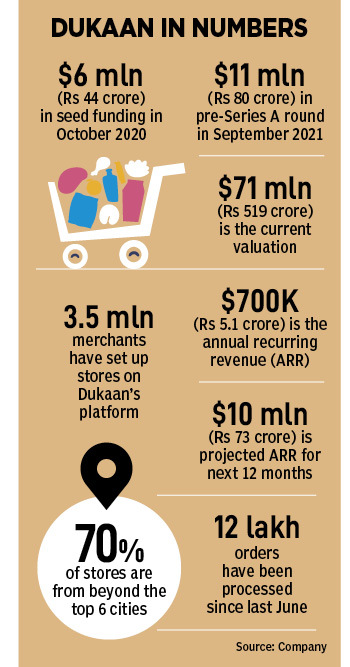 A year later, and just three months into monetisation, Dukaan raised another $11 million in September. The pre-Series A funding round was led by 640 Oxford Ventures, and saw participation from existing investors such as Snow Leopard Ventures, Lightspeed Partners, and Matrix Partners. There were more new names such as Venture Catalyst, HOF Capital, Old Well Ventures, LetsVenture, 9Unicorns, Oyo’s Ritesh Agarwal and Carl Pei, co-founder and CEO of Nothing.

What seems to be attracting a new bunch of believers is Dukaan’s pace of growth. Around 3.5 million merchants have set up stores on Dukaan’s platform; $700K (Rs 5.1 crore) is the annual recurring revenue (ARR) and the projection for the next 12 months stands at $10 million (Rs 73 crore). “We started with our monetisation journey on a small merchant base last quarter,” says Shah, adding that big brands and retailers such as Nivea and BigBazaar are also using its services. Over 2,000 merchants, he claims, have enrolled in Dukaan’s premium subscription plan so far, which makes up 10 percent of the revenues.

The challenge for Dukaan would be to keep its shop running amidst intense competition. While on one hand are a bunch of nimble rivals such as Sequoia-backed Bikayi, and Dotpe, on the other are big ecommerce Goliaths like Amazon, Flipkart and Reliance jockeying for millions of offline small businesses.

Can Dukaan keep its distinct identity intact? Well, the shop and the shopping is on for now.