Lighthouse Canton: Day late but not a dollar short

Singapore's Lighthouse Canton may have entered India only in 2020 but it is zeroing in on the latecomer's advantage—a steady vantage point. Can the global investment firm make its bets count? 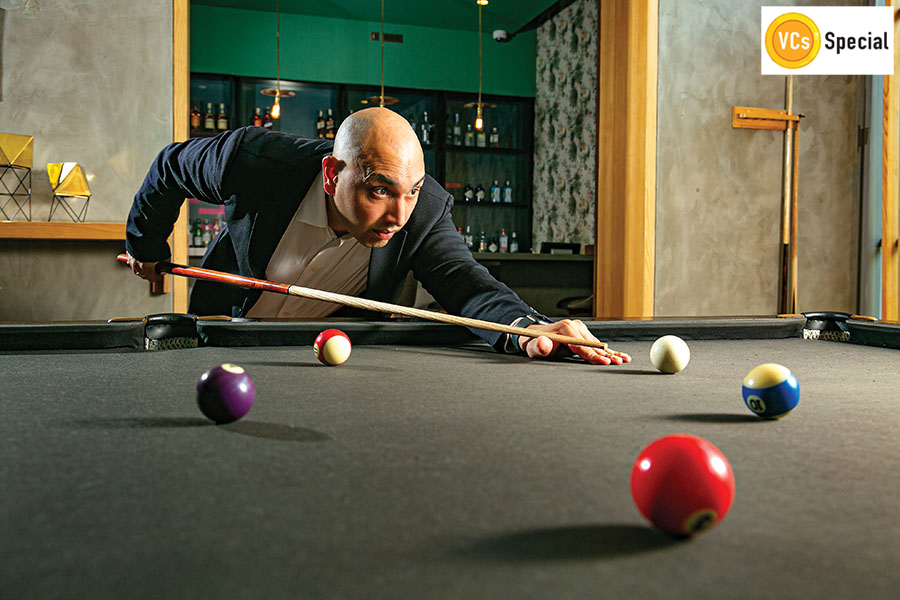 A lighthouse primarily serves two purposes. First, the powerful flashing light mounted on the top of the soaring tower is used to guide ships. The intent is to help them navigate. Second, the blazing light warns captains of an impending danger. Shilpi Chowdhary points out an obvious third aspect which only a latecomer can spot. “It’s a good vantage point,” says the group chief executive officer and co-founder of Lighthouse Canton. When the Singapore-headquartered global investment firm opened its India account in 2020, it definitely didn’t have a first-mover advantage. “There is enough room for multiple players,” he says, dismissing any notion about carrying the baggage of being late. “We know what we have,” he underlines confidently.

What Lighthouse Canton does have is an edge that not many in the investing world possess. The firm offers wealth and asset management services, and doubles up as a venture equity and debt fund. “We want to capture the whole lifecycle of a startup,” says Chowdhary, who has had stints as managing director of Credit Suisse Private Bank and Citibank in India. “That’s the big opportunity we are chasing,” he says, explaining the dynamics of the fund which tied up with Nueva Capital to roll out LC Nueva Capital, the entity making venture investments.

The fund, Chowdhary explains, comes at pre-Series A stage, has a ticket size of $1 million to $5 million, and later in the growth stages—Series B, C and D onwards—offers venture debt. Most of the companies at the growth stage, he points out, are not too keen to dilute equity. So venture debt becomes a great lever to help them grow. Coming late also meant playing a differentiated game. Chowdhary reckons Lighthouse Canton has been trying to identify niches, look beyond top cities and back players who have the potential to make it big in these segments.

Take, for instance, its bet on electric vehicle financing platform Revfin. Started by Sameer Aggarwal in 2018, Revfin finances loans for electric three-wheelers in semi-urban, Tier III and beyond, has its own NBFC, and has set an ambitious target of financing two million electric vehicles over the next five years. The company claims to have so far financed over 10,000 electric three-wheelers across 14 states, is planning to widen its footprint, and diversify into two- and four-wheelers for the last mile and cargo deliveries and ride-sharing taxis.

Another segment ripe for disruption is women’s footwear. Chowdhary has been quick to identify Monrow. Started in September 2016 by NIFT alum Veena Aishya, Monrow was rolled out in association with Future Group as its retail partner, but within a few months, it found its mojo in selling online directly to customers. It raised $1 million last year and raised another round in May 2022 to expand its hybrid model and move deep into Tier II, III and beyond. “Tier II and III cities are the places where the future lies,” contends Chowdhary. 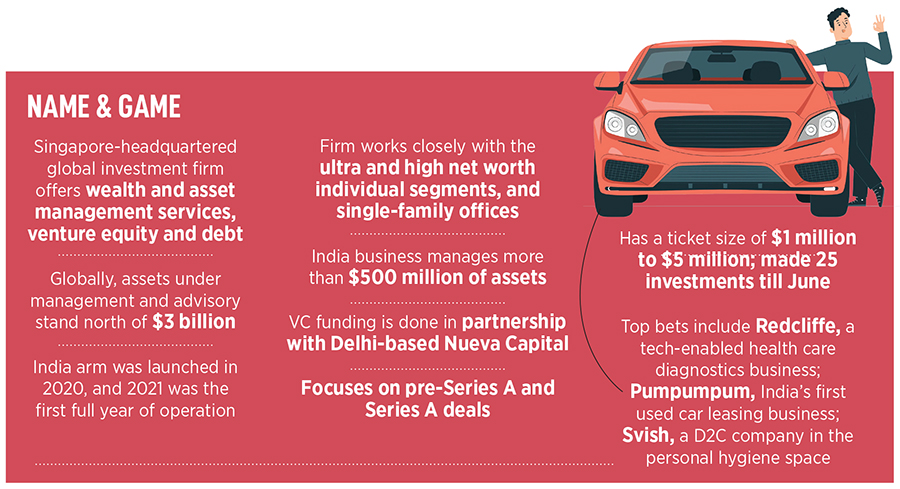 Tantalising prospects also lie in backing ventures in segments which might reach an inflection point over the next few years. One such sector is used-car subscription and leasing, and Chowdhary has its bet on PumPumPum. Founded in 2018, the startup operates in a bunch of cities such as Bengaluru and Delhi-NCR, and plans to expand to over 50 cities. The idea is to make car ownership flexible. The young generation, underline Chowdhary, is more wired to a mindset which doesn’t like investing heavily in a fixed asset. “Leasing also gives the freedom to explore as many options as possible,” he says. For a restless generation which gets bored easily, used-car leasing is a great value for money.

In spite of a funding winter, there is enough dry powder for startups in India. “Capital will always chase the right kind of founders,” he says. “A dearth of funding for the deserving and performing ones will never be an issue,” adds Chowdhary.

Globally, the public and private market is in the midst of a correction. While plenty of opportunistic capital did come in the market over the last year or so, some kind of sanity is setting in now. “We were never driven by FOMO (fear of missing out) or the need to deploy faster,” he says, explaining the approach of the fund. “We are here to stay and not press the exit button,” he underlines.

Interestingly, a large number of exits is what is providing another layer of comfort for foreign funds coming to India. There were only 139 merger and acquisitions (M&As) in 2019. While the numbers slightly dipped in the pandemic year to 120, it more than doubled to 253 last year, and in the three quarters of this calendar year, it has notched 211 M&As.

“It’s indeed a huge comforting factor,” says Chowdhary. Everybody, he lets on, wants the money to move. The high number of exits only underscores the growing maturity of any startup ecosystem.

Another positive for the Indian startup ecosystem is that the startups are mushrooming across smaller towns and cities. “We are witnessing the emergence of a new breed of entrepreneurs from Tier II and III cities,” says Ashwin Raguraman, co-founder and partner at Bharat Innovation Fund. The Indian startup founder mix, he underlines, will evolve over the next five years, much like the Indian cricket team. In the 80s, most of the players predominantly hailed from Mumbai. “But now we have a far more widespread and smaller-town representation,” he says.

The going, though, might not be easy for Lighthouse Canton. Chowdhary identifies the most common challenge. In a market replete with homegrown and foreign funds wooing startups and founders, it’s a big task to make the differentiation stand out and convey it clearly to the entrepreneurs. Good-quality businesses, he sounds a word of caution, have to be extremely mindful about the kind of capital they raise. “Taking money is the easier part, but ensuring that it brings in the right kind of stakeholders is equally crucial,” he underlines. Money by itself is not serving purpose only. “For us, VC stands for venture comfort and not venture capital,” he signs off.