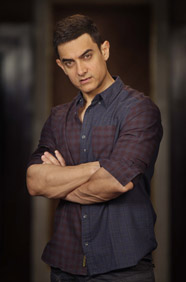 He became the first Bollywood actor to cross the Rs 100-crore mark with his 2008 film Ghajini, which was the highest grossing film of all time until his next release 3 Idiots. In our time period, Khan didn't have a single film. His hugely successful TV show Satyamev Jayate more than made up for this. The show made him the highest paid TV star: He was paid Rs 3 crore for each episode. Khan was featured on the cover of Time magazine for taking up social issues. He was signed up by Unicef in 2012 to promote action on child nutrition.